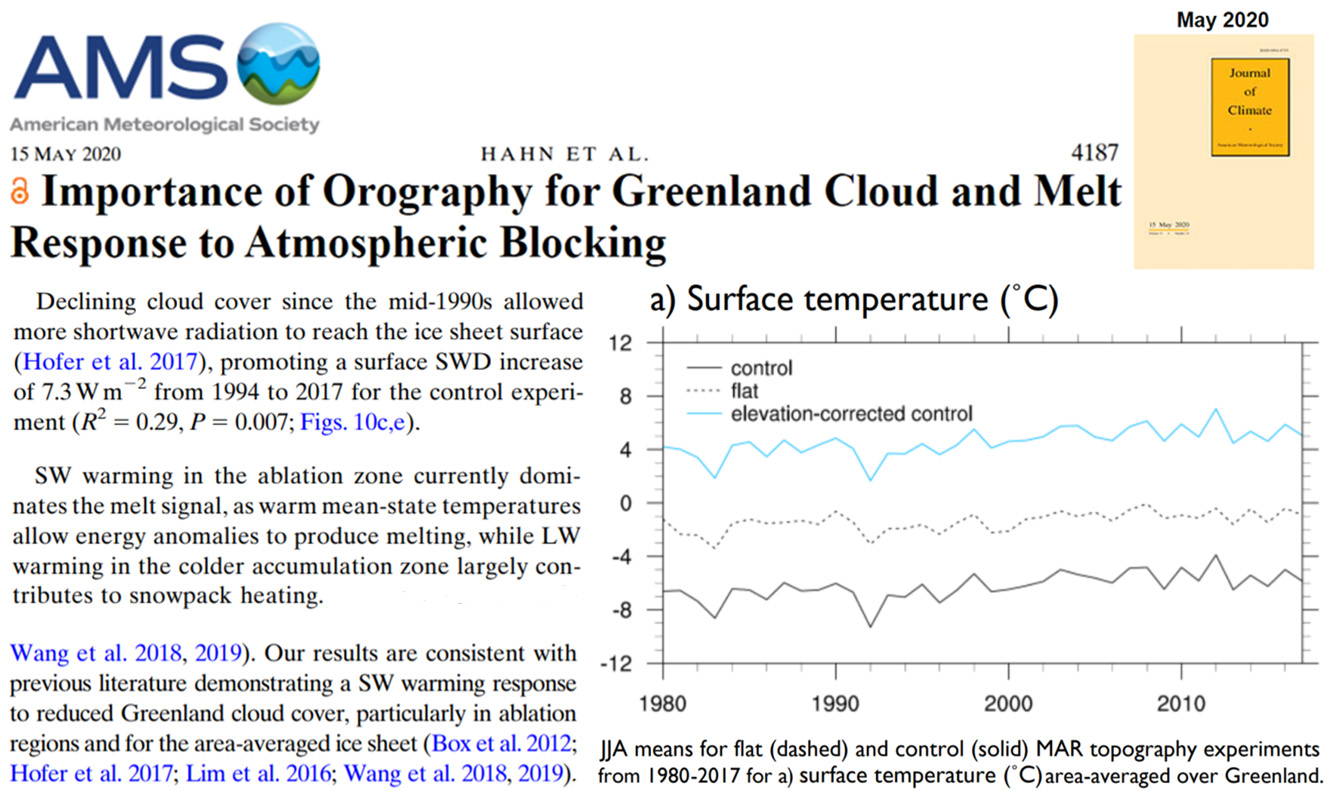 A few years ago scientists acknowledged “a major disparity in trends between models from the Coupled Model Intercomparison Project 5 (CMIP5) and observations for the last 20-30 years” (Hanna et al., 2018).

All 36 climate models simulating blocking over Greenland were wrong. None of the models were correct. The abysmal performance of the modeling relative to observations has been ongoing for the last 20 to 30 years – effectively for the entire time the CMIP5 models have been in existence.

In all other scientific fields, a one hundred percent failure rate ongoing for decades would have long ago resulted in a reassessment of modeling parameters. Climate science is apparently in a realm of its own. 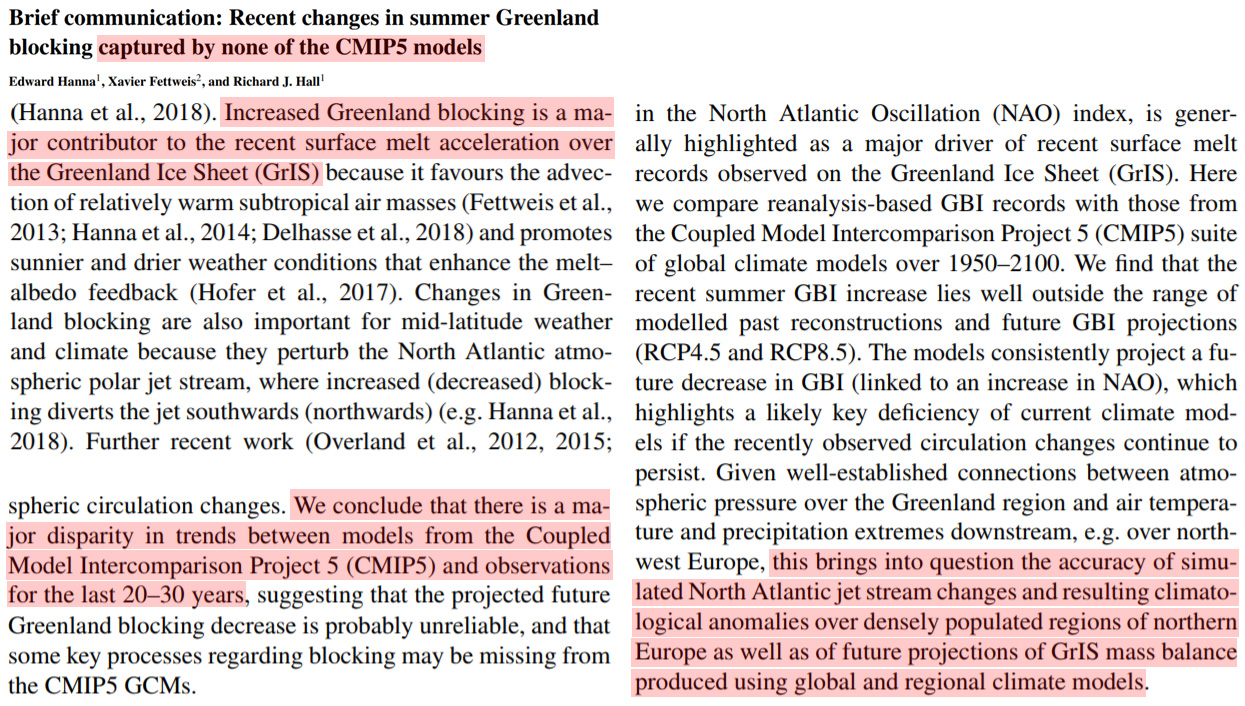 Cloud forcing dominates in the Arctic

Simply put, cloud forcing radiatively dominates in the Arctic. CO2 is a bit player, at most. 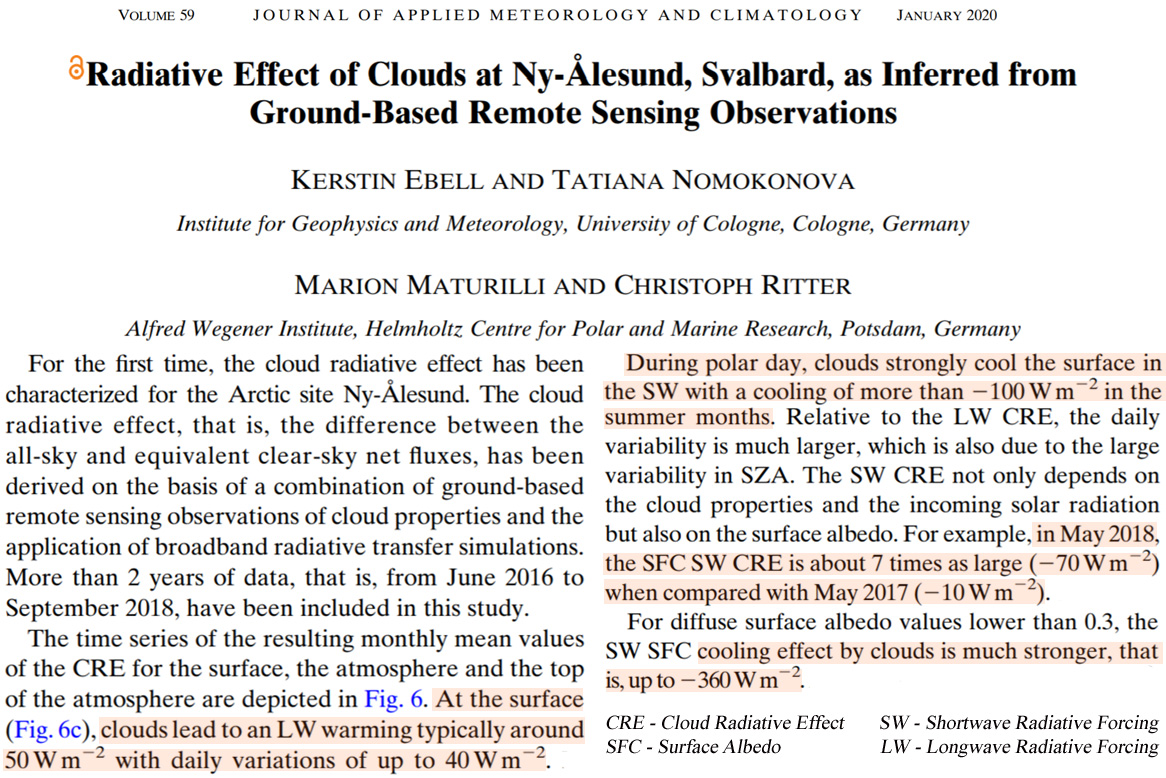 Further, “the surface melt climate is strongly dependent on the representation of clouds and related radiation fluxes“. Models of cloud effects over Greenland are biased – or wrong – by 25-50 W/m². 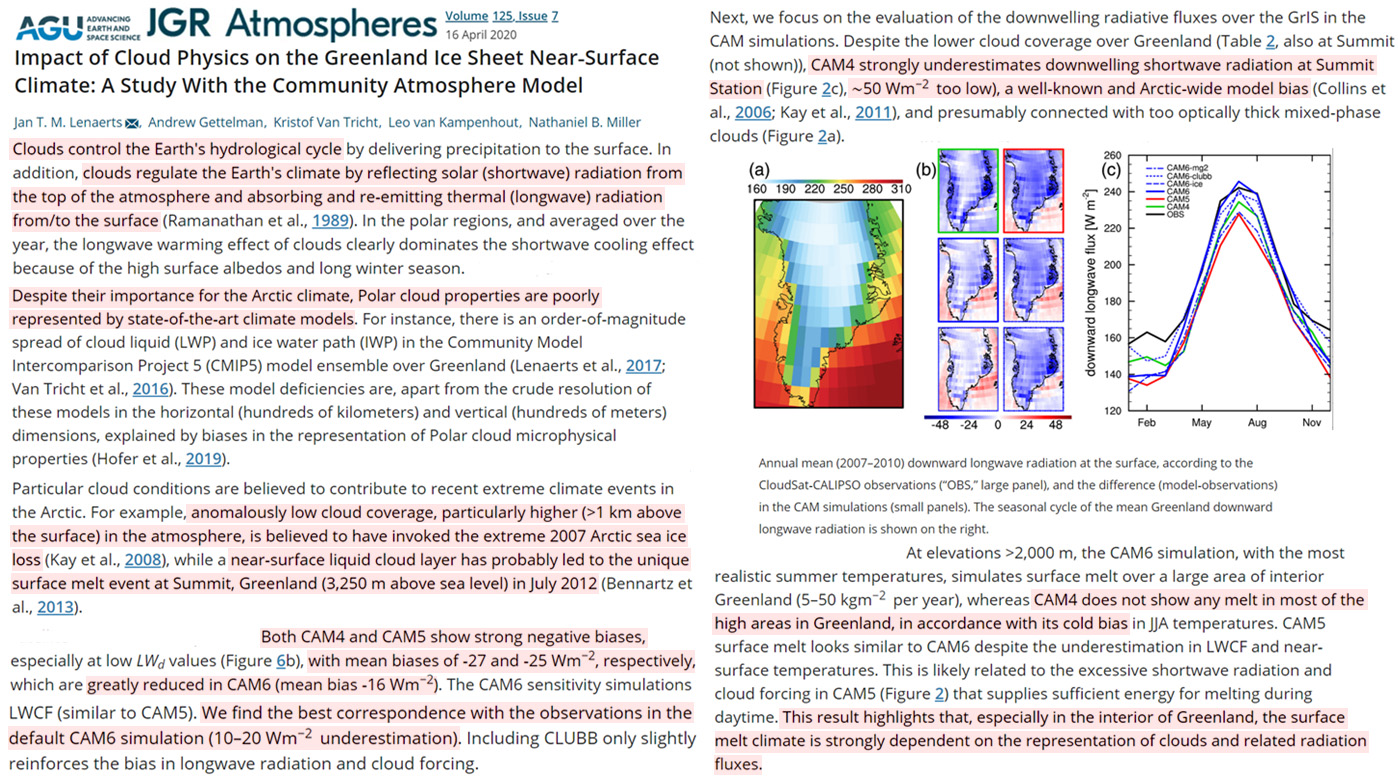 Greenland’s warming trend is shown to taper off into a pause or a slight cooling trend since ~2005. Likewise, the ice melt trend spiked in 2012 but has been flat (or declining) overall since about 2005 too.

There is thus no clear indication in the scientific literature that atmospheric CO2 concentration changes can even remotely compete with cloud radiative effects as drivers of climate trends over Greenland.