Christiana Figueres: Course Set In The 2015 Paris Agreement Is “In Serious Danger”

Setback: In a recent interview with the German Klimareporter here, former UN climate chief Christiana Figueres said that a global energy system transformation “can be a joint solution to the current crises” and that she was “very disappointed” by the cancellation of the 50th Earth Day anniversary event in Washington. 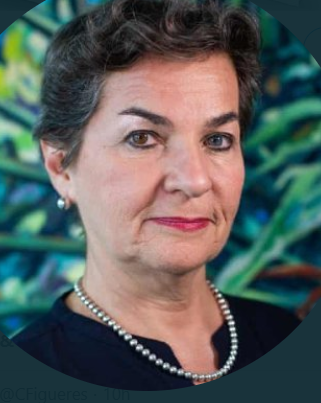 She also said that the Paris Agreement is in serious danger since key countries have ignored it.

Figueres also told Klimareporter that greenhouse gas emissions of the world “must be drastically reduced so that we achieve a reduction of half in ten years”, which corresponds to an annual reduction in greenhouse gases of 7.6 percent from now until 2030. This would be needed to keep the earth’s atmosphere from heating over to 1.5 degrees Celsius.

The former UN official also said that “climate change is threatening our democratic systems” – and that “we all need to take political action to ensure that decision-makers act in accordance with our values.”

Since early March the climate issue has been pushed out of the international spotlight as countries struggle to keep the spread of the COVID-19 virus under control. Many have implemented strict, controversial lockdowns which have led to extreme economic hardship.

When asked if she was afraid the COVID-19 crisis would soon justify the dilution in climate protection, Figueres said that before the corona pandemic hit, “We were already facing two other major crises: the oil price crash and climate change. The three crises are actually independent of each other, but they have converged and now have a previously unknown impact.”

Paris Accord “in serious danger”

When asked if the Paris Agreement is in jeopardy since Japan, Russia  and others are unwilling to tighten their climate targets – and the USA is withdrawing completely – Figueres said that the course set in the 2015 Paris Agreement “is in serious danger”.

She also noted: “Although the current economic shutdown caused by the Corona crisis will reduce global emissions by a few percentage points this year, but of course that is not sustainable”.

Figueres still believes there’s a chance to meet the ambitious 2050 targets, telling Klimareporter: “We have the solutions, the technologies and the money to do it.”

Christiana Figueres is the former head of the Secretariat of the United Nations Framework Convention on Climate Change (UNFCCC) from 2010 to 2016.

11 responses to “Christiana Figueres: Course Set In The 2015 Paris Agreement Is “In Serious Danger””