The summer of 2017 in Europe was a wet one, yet everyone seems to have forgotten that.

Then came two hot and dry summers across Europe (2018 and 2019) and already climate alarmists began to call it the new normal.

Hot dry summers with intense drought were in store for the future, they claimed with a renewed level of alarmism. And if you don’t believe it, just look how this spring is starting off across Central Europe this year. Very little rain has fallen since the end of March. It’s climate change!

Aside from COVID-19, that’s what we are already hearing from the climate alarmists in Germany as they clamor for a little attention.

The northern port city of Hamburg has seen a modestly declining trend since 1982: 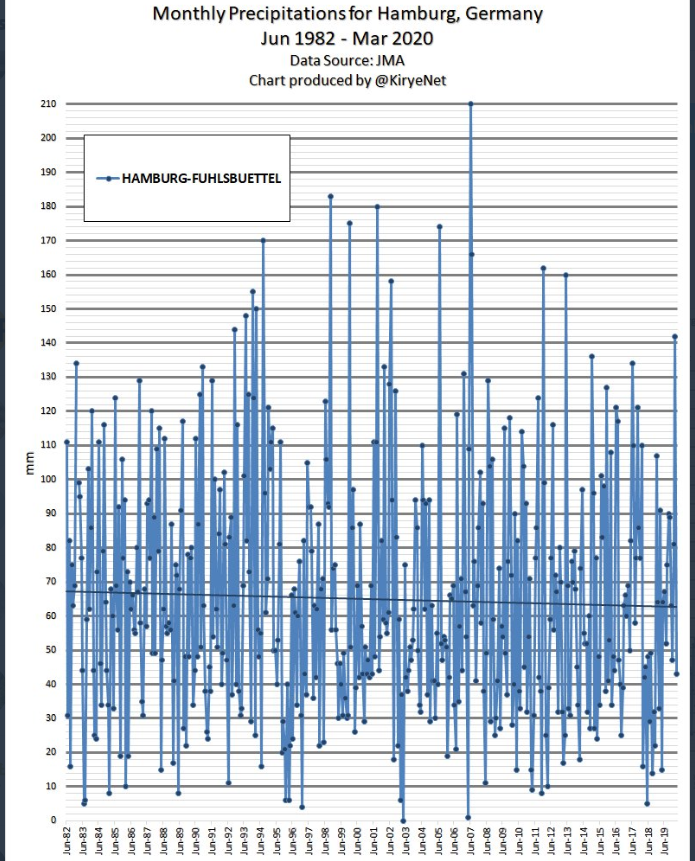 Overall however, nothing unusual is happening. The city still gets plenty of rain. Last summer was dry, but such low periods have occurred also in the past.

Next we look at the monthly precipitation trend for Hannover: 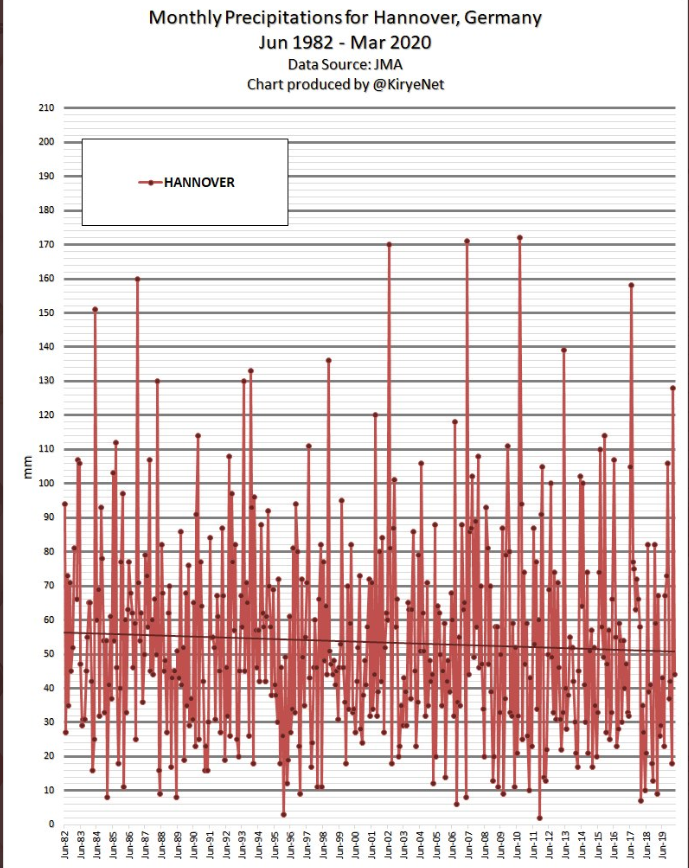 Here as well we see a modest decline in precipitation since 1982, yet there are no unusual extremes happening today. Looking at the fluctuations, we can make out an imprint of cycles between wet and dry periods. Perhaps the pattern is linked to North Atlantic cycles or solar cycles.

Next we travel east to the capital city of Berlin. Here unfortunately there’s a gap in the data in the 1990s, yet they still allow us to easily discern a trend. 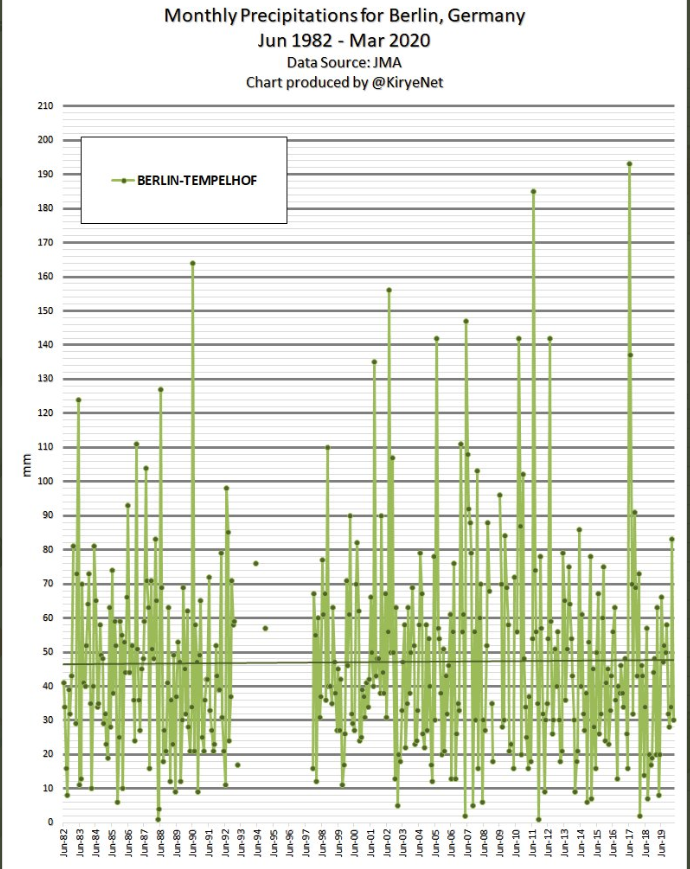 The Berlin Tempelhof data show that wet extremes have become more frequent, but that there has been no trend change in precipitation.

Finally looking at the precipitation for Germany as a whole, percent above or below normal, we find that the long-term trend since the early 1880s has been upward.

If we choose to cherry-pick and look back only 20 years, then the trend is downward. But such fluctuations are well within the range a natural variability.

So far it’s much too early to conclude that Germany’s (Central Europe) future is one of drought.

6 responses to “Are Droughts The Future Of Central Europe? German Data Show There’s Been No Trend”