Due to the expansion of wind energy projects in the United States in the last decade, a conservative estimate for yearly bat fatalities from wind turbines ranges between 1.7 to 3.7 million. A new study suggests death numbers may be 4 to 7 times higher due to carcass search deficiencies.

It is estimated that North American migratory bat populations will decline by 90% over the next 50 years due to the expanding presence of wind turbines (Frick et al., 2017). As of 2015, about 25% of North American bat species were already considered vulnerable or endangered (Hammerson et al., 2017). 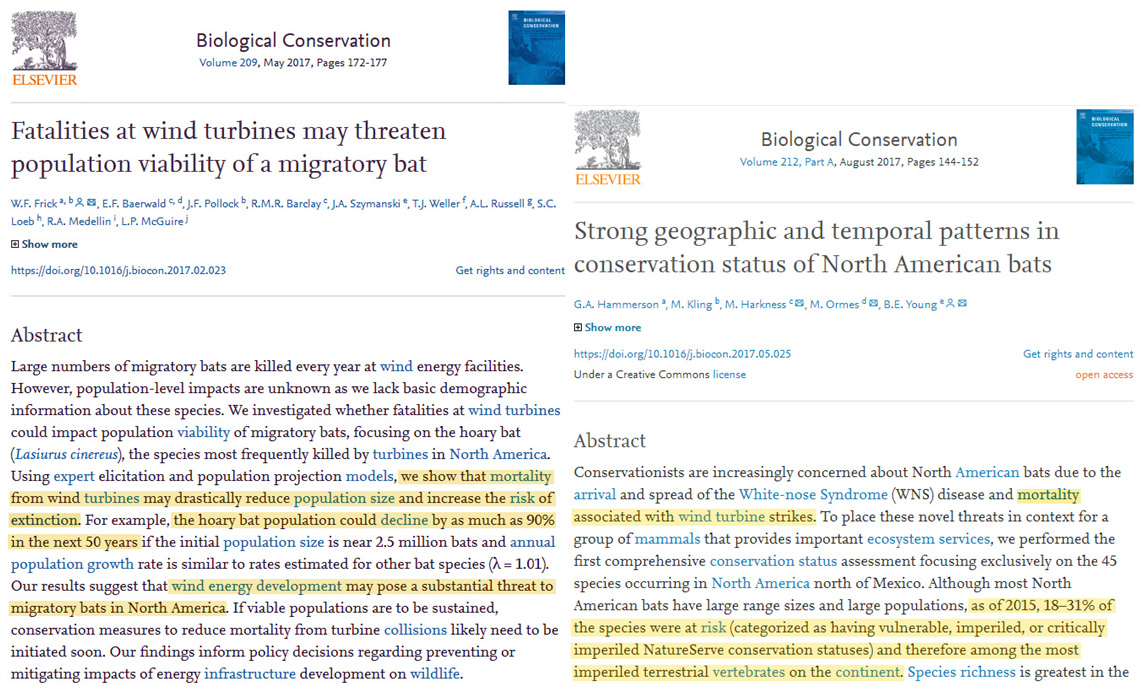 Smallwood and Bell (2020) report that dogs perform far better than humans at locating bat carcasses, but even dogs miss 3 out of every 4 bats observed colliding with wind turbines. This is because a) injured bats may temporarily recover enough to fly 10s of meters away from the collision site, and b) because scavengers can quickly collect the freshly dead or injured bats before dogs (and humans) can recover them.

Consequently, the 1.7 to 3.7 million bats killed by U.S. wind turbines each year (2019) may be a vast underestimate. Smallwood and Bell suggest the real death numbers are likely 4 to 7 times higher than that.

At this rate, the extinction clock for North American bats may not be 50 years off, but only a decade or two away. 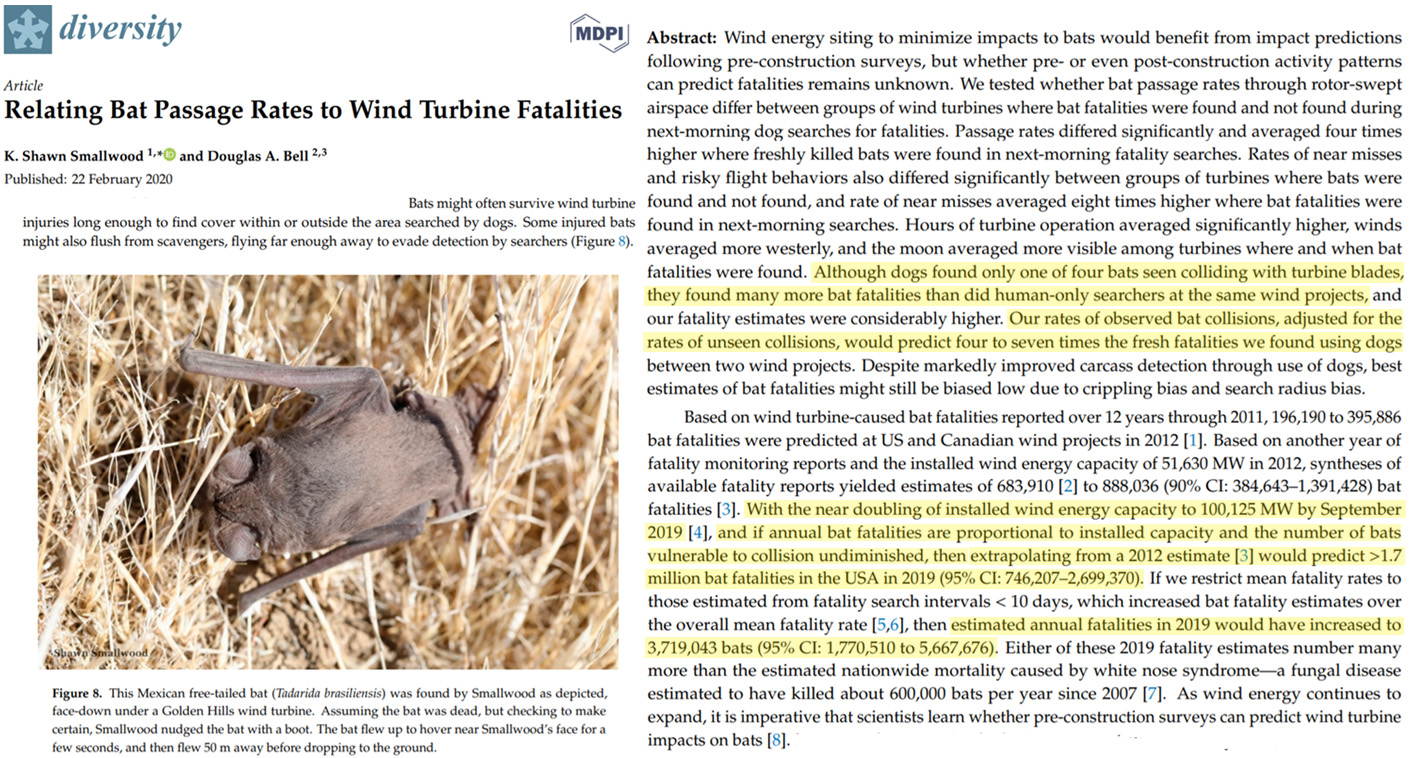 16 responses to “‘Green’ Carnage Study: In 2019 US Wind Turbines Killed 3.7 Million Bats – And This Is A Gross Underestimate”