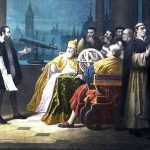 Share this… Facebook Twitter The German Research Foundation is back, again in favor of diversity of scientific opinion! Image: Galileo fails to change Catholic Church doctrine. After widespread criticism, the German Research Foundation (DFG) has decided to reverse its July 30th decision to take down a dissident climate science statement from prominent German satirist Dieter […]