In the early 1900s, the globally-averaged distribution of calculated surface temperature estimates ranged between 14 and 15°C. For 1991-2018, HadCRUT, Berkeley, and NASA GISS also estimate today’s global temperature is about 14.5°C.

Scientists estimating Earth’s surface temperature has been an ongoing pursuit since the early 19th century.

Problematically, HadCRUT, Berkley, and NASA GISS also indicate the 1991-2018 had a global surface temperature of about 14.5°C.

This would suggest there has been “no change in the globally averaged near-surface temperature over the past 100 years”. 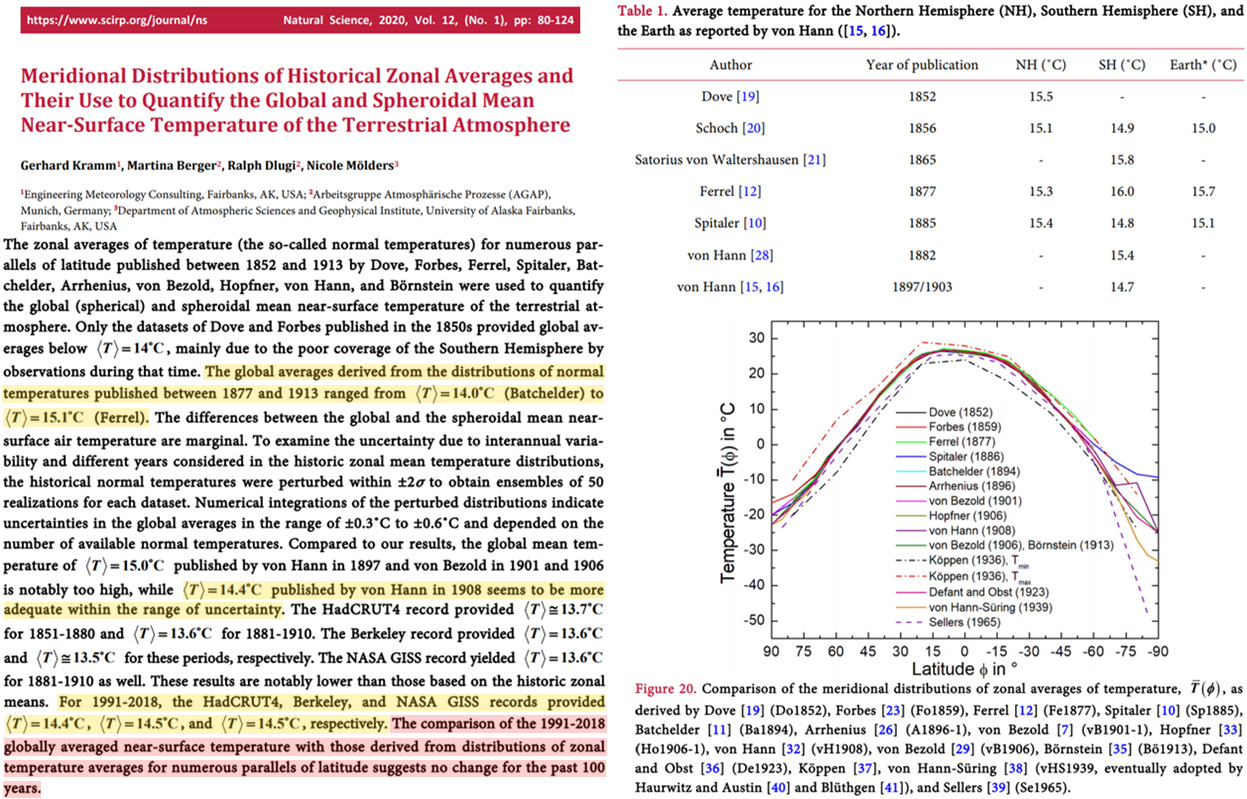