In an interview with flagship daily Frankfurter Allgemeine Zeitung (FAZ here), Max-Planck Institute for Meteorology (MPIM) Director Dr. Jochen Marotzke said predicting how many degrees of warming we need to prepare for was like reading tea leaves and that he is not worried about “climate tipping points”.

He also spoke of the wide disagreement among climate models. 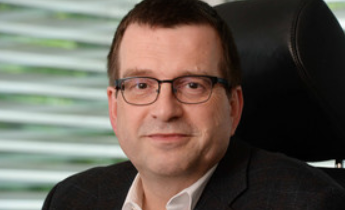 He told the FAZ that the worst case scenarios put out by some models were useful for the purpose of risk assessment, i.e. scenarios that are unlikely but cannot be ruled out. “In the latest generation of models, there are some models that are much more sensitive to greenhouse gases than previous models in terms of their temperature increase,” he said.

When asked about the results of the French model released earlier this year, which assumes five degrees of warming for a doubling of atmospheric CO2, Marotzke expressed his amazement, telling the FAZ what he thought of the French scientists: “My God, what are you doing? Because it is very, very unlikely that the true climate is as sensitive as these new models show.”

“The issue of climate sensitivity is extremely complex. Therefore, the results of a model should first be treated with caution,” Marotzke said.

When asked why the French model produced such a high warming for a doubling of CO”, Marotzke said he didn’t know why: “No one understands why they published it without first reflecting. The British did it differently, they said the new value is a mystery to us. They first want to investigate what the reason is and whether the warming rate is realistic.”

No worries about climate tipping points

Later in the interview, the FAZ touched on the so-called “tipping points in the climate system”, which are “threshold values that set irreversible processes in motion that, once started, can no longer be stopped.” Possible tipping points named by some scientists include the Greenland Ice Sheet, Gulf Stream, West Antarctica:, coral reefs, Amazon dying etc.

On whether they could happen, Marotzke views it as “conceivable” and that it “cannot be ruled out” and with “almost all of them we don’t know where we stand.”

When asked which one is most worrying, he replied: “None”.

“I don’t see any risk with Greenland”

And not even the melting of the Greenland ice sheet worries the MPIM Director. He told the FAZ:  “It’s gonna take so long – a couple thousand years. I don’t see any risk with Greenland.”

Arctic not a tipping element

On the subject of the Arctic, Marotzke says he is “quite sure that it is not a tipping point” – and that the ice albedo feedback “is not the dominant effect”.

“The ice comes back every year – in winter, said Marotzke, who has been Director at the MPIM in Hamburg since 2003. “When the temperature goes down again, the sea ice will come back.”

No worries about thawing permafrost

He is also not worried about the permafrost thawing, saying the contribution to warming “is relatively small.”

“Besides, even if the permafrost thaws, it is uncertain how much of the methane actually reaches the atmosphere,” said Marotzke. “Methane can be converted by bacteria to CO₂. I am not worried about methane.”

When asked about what he is worried about, he replies: “That the panic will backfire.” Marotzke warns against spreading panic: ” It can become incendiary. The question is, at what point do the risks of climate protection measures exceed the risks of climate change? Panic does not help here, only relatively sober analysis and weighing up – and a democratic discussion will help.”