Scientists continue to publish papers revealing no unusual climate trends for the last several centuries in many regions of the world.

Despite the 135 ppm increase in CO2 concentration (275 ppm to 410 ppm) since the 1700s, a new 250-year temperature (precipitation) reconstruction (Peng et al., 2020) shows there has been no net warming in Central Asia since 1766. Two other reconstructions from this region also show no warming trend in recent centuries. 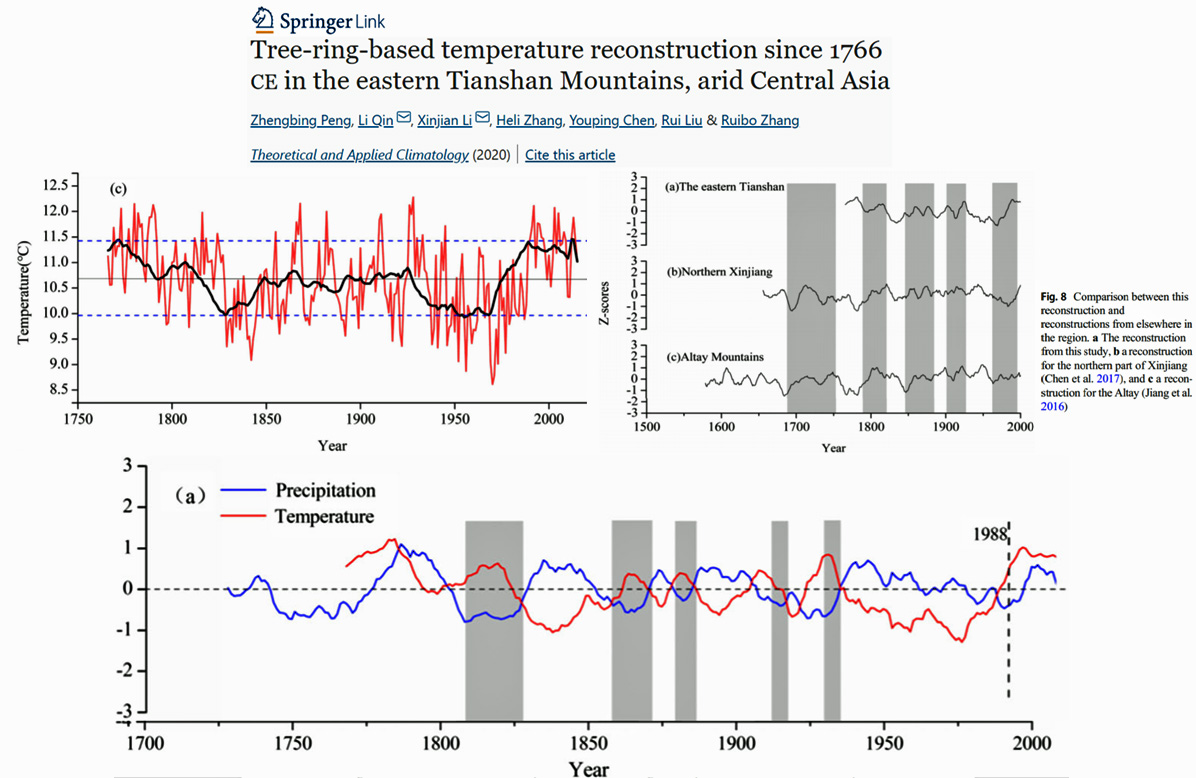 Earlier this year we highlighted a new study that indicated France was up to 7°C warmer than today about 7800 years ago after cooling by 3°C in the last 200 years.

The authors record a “striking” and abrupt (within decades) 1°C warming trend during the late 1700s to early 1800s that exceeds any temperature change in the modern record. 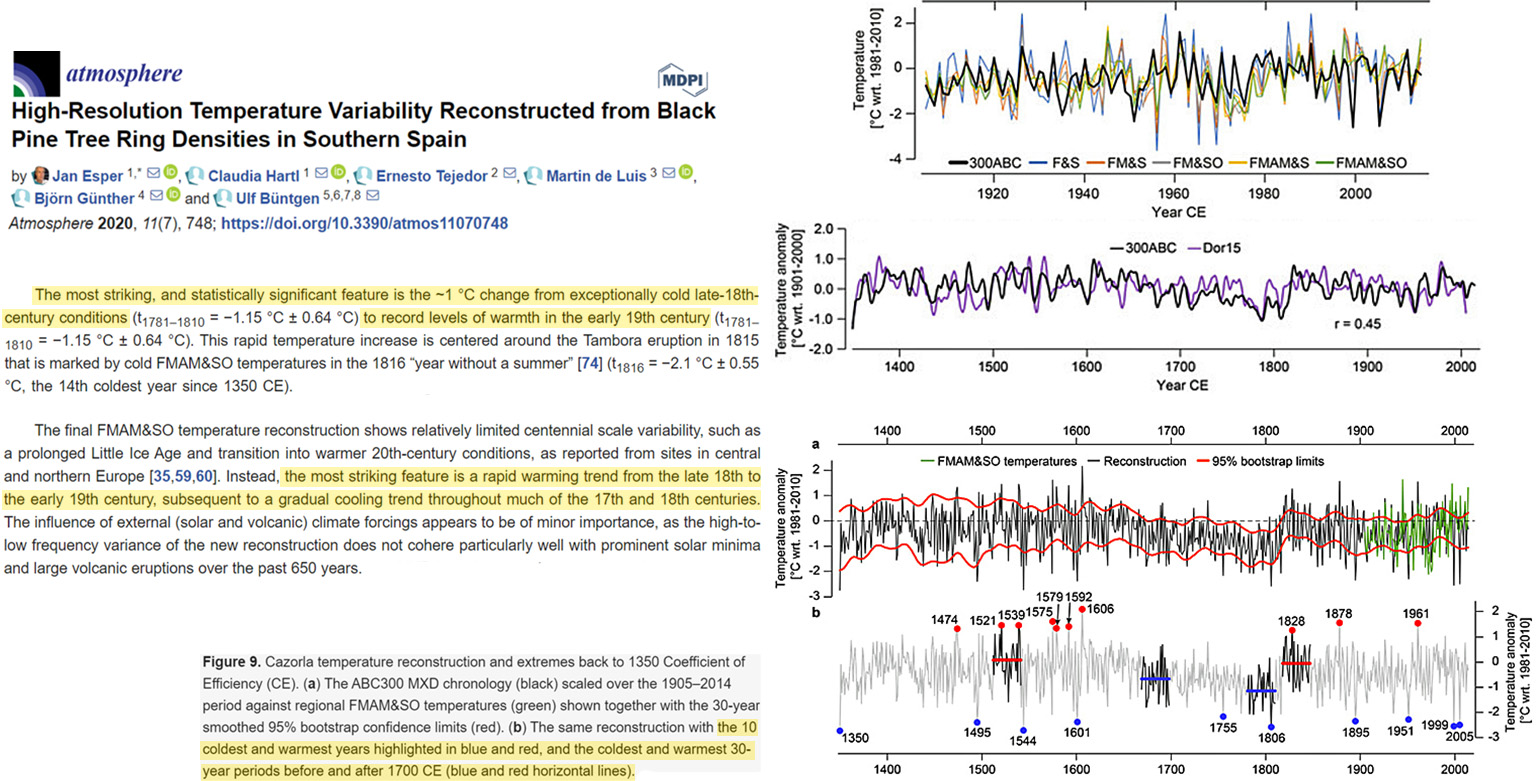 5 responses to “Two New Temperature Records Show No Warming In Central Asia Since 1766 A.D. Or In Spain Since 1350 A.D.”