Further, the highest “continuous high decadal temperatures” recorded were in 1818–1844 and 1856–1873. The post-1950s temperatures were colder than nearly all of the first 100 years of the temperature record.

And yet in spite of the warmer 19th-century temperatures, the authors chracterize the slight temperature rise since the 1950s as heralding  in “unprecedented” warming. They make this claim (of “unprecedented” recent warmth) in both the paper’s textual and graphical abstracts. 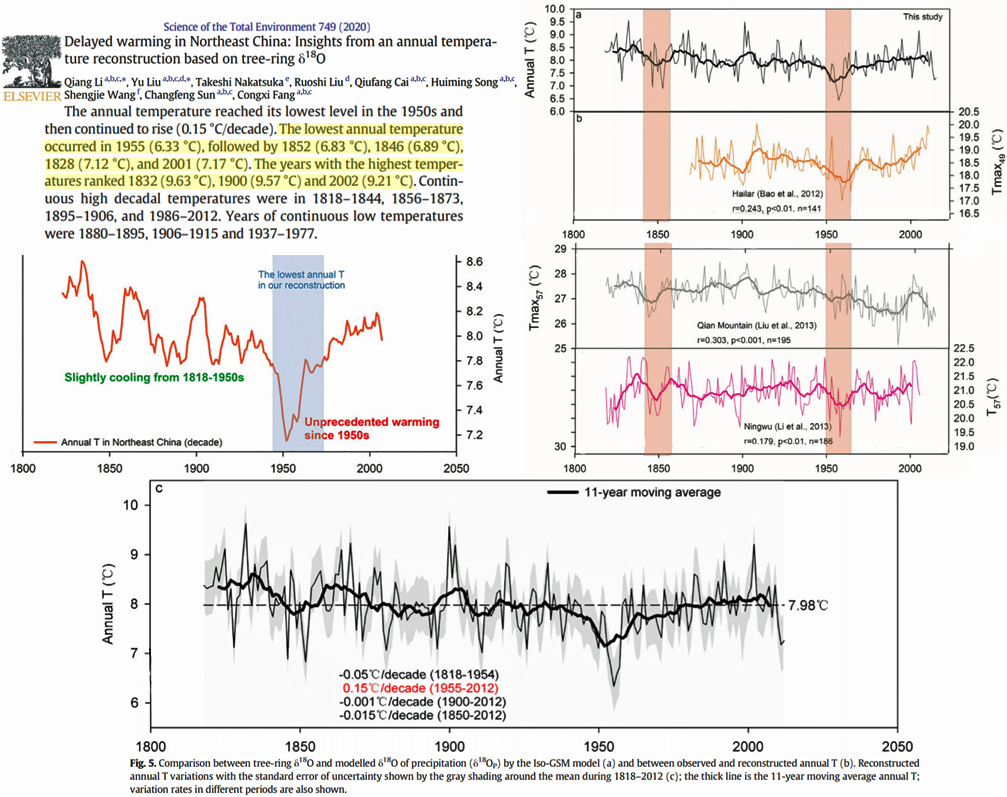 For the summer temperature record (shown in red below), nearly all the warming occurred during a step-change from the mid-1970s to mid-1980s. Since about 1985, summer temperatures seem to have been stable to slightly declining.

A lack of net overall warming in the last 50 or 60 years does not advance the anthropogenic global warming (AGW) cause, of course.

So the authors decided to add a “cumulative mean summer temperature departure” statistic (see the sharply rising green line in the graphic below) to make it appear there has been a warmth accumulation of 30°C since mid-1980s. Yes, 30°C cumulative warming during a period when there was no warming or even a slight cooling.

This statistic does not seem to have any relevance to the measured summer temperature record. 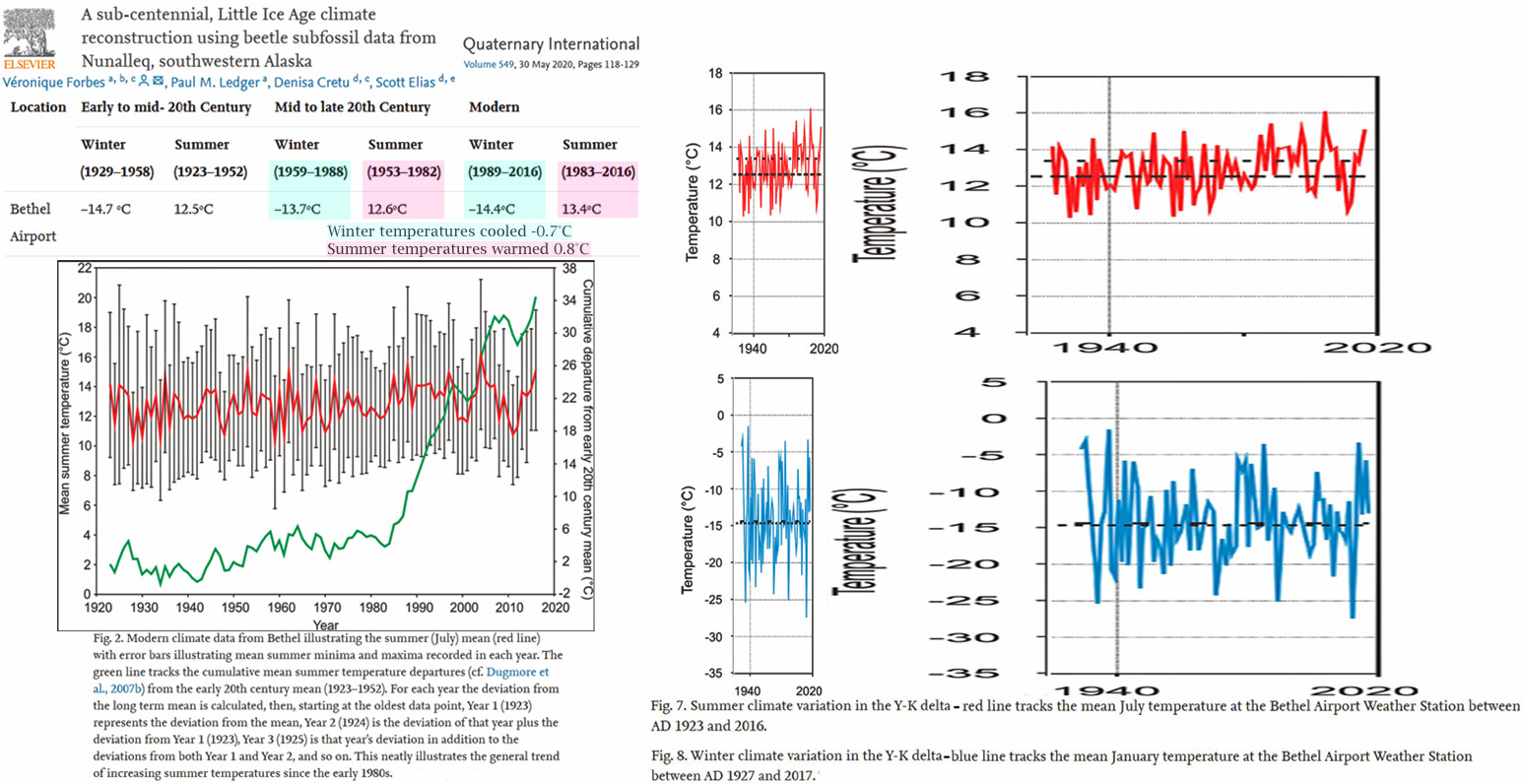 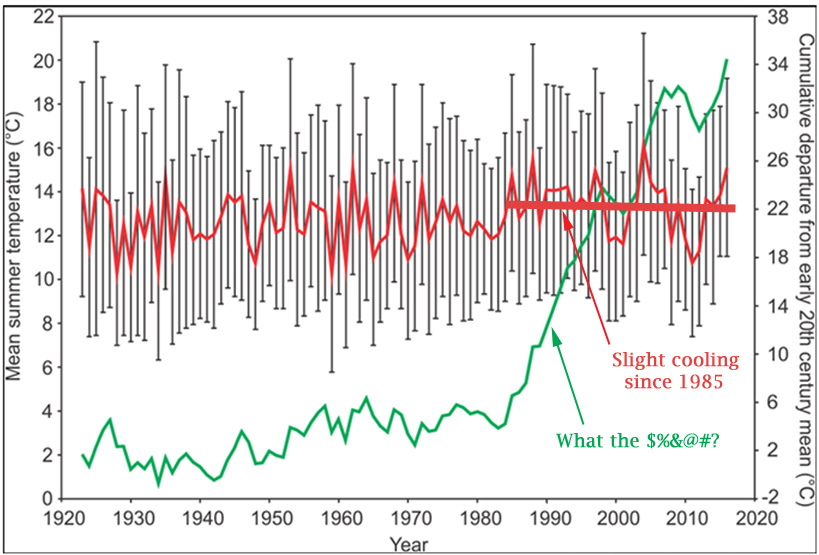 Aryal et al. (Aryal et al., 2020) even acknowledged the region they studied is “not yet warming” in the title of their paper.

And yet they nonetheless decided to select a cooler span of years (the bottom of a cycle) to start an arbitrary hotter-colored “trend” line. In this way they could suggest there has been unusual warming in recent decades anyway. 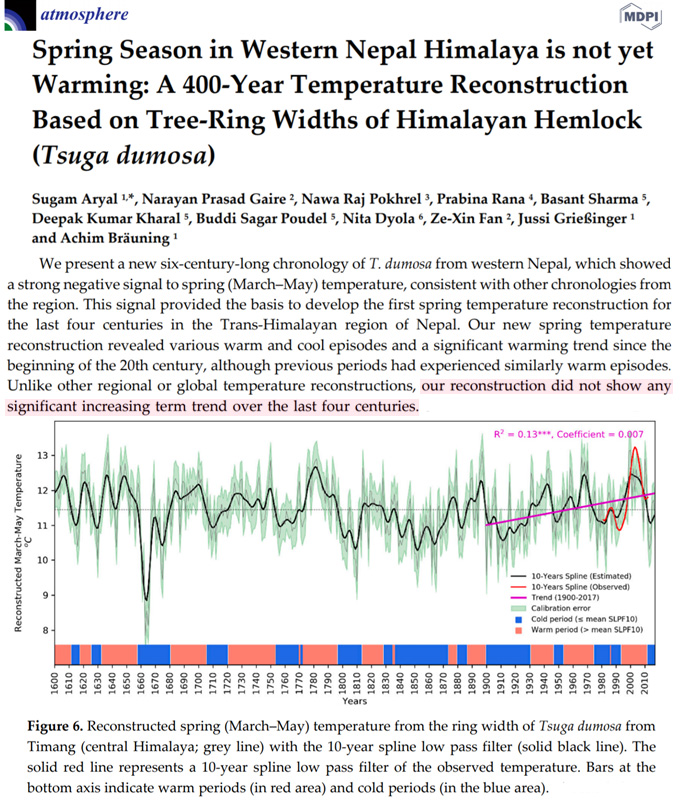