In Berlin’s green movement, schools and officials aim to utilize youth to pave the way to a new world. 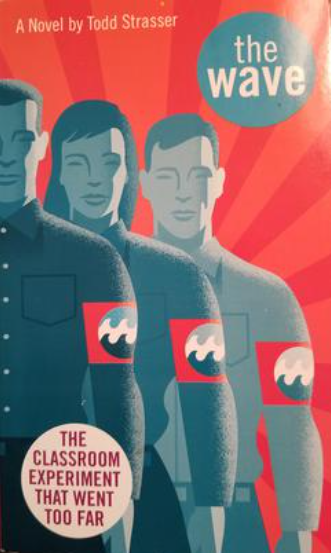 One lesson Germany loves to keep flunking: The risks of mass youth indoctrination.

Berlin daily, left-of-center Tagesspiegel here admiringly looks at the Fridays for Future movement in Berlin, a city where it is particularly strong and well-networked – and its schools serving as indoctrination farms.

Already some are sounding the alarms. For example in a newly released book, former FFF activist Clemens Traub comments how the FFF movement is made up mostly of privileged urban youth, most of them sporting the latest hip fashion and flashing the latest iPhone while fancying themselves as the rescuers of the planet and beholders of the truth.

Within its ivory tower, the movement does not even realize that its criticism affects the lifestyle of many socially weaker people who, for financial reasons, do not always have free choice. They are branded as climate sinners because they don’t shop in organic food stores, but at discounters.

The consequence: We are all sitting on a powder keg full of social explosives.”

In the Tagesspiegel article, one interesting part was a comment on the importance of tapping the youth for the climate movement by former Potsdam Institute Director, Prof. Hans-Joachim Schellnhuber:

The closing of ranks of science and youth in the fight for a new society that is sustainable in its management and living is like a big bang. We need these heroes and heroines who are not even of age”.

Using the youth indoctrination playbook of earlier German regimes, this is how leading scientists like Schellnhuber aim to bring about The Great Transformation – a radical (experimental) overhaul of the global society to one that is supposedly green.

The Tagesspiegel itself writes:

These minors are well organized in their own schools – that is their basis. But something has changed fundamentally. Whereas ten years ago, the climate and environment clubs in the schools themselves were not taken seriously by students and particularly frequented, today they are the smallest units from which mobilization and organization for the big demonstrations are done.

Luis von Randow says: ‘When people leave school, new ones always join them.’ Lilith Rein adds: ‘It will not stop, that’s for sure.'”

Unwittingly, Randow and Rein are right if we use history as a guide. Earlier attempts at German youth indoctrination by schools and state confirm this:

Or this one here, an example of how extreme youth indoctrination can become:

‘I begin with the young,’ said Adolph Hitler. ‘With them, I can make a new world.’ […] ‘…mold young people into passionate believers…’ […] ‘…unquestioning obedience over independent thought…'”

As talented a scientist Schellnhuber is, he obviously learned very VERY little about the lessons of history.