Our friend “Snowfan” here reports the sun has now gone 30 days without sunspots as we progress into solar cycle 25.

A number of scientists have been warning that the earth may be heading into a cooling phase due to lower sunspot activity over the past 15 years. 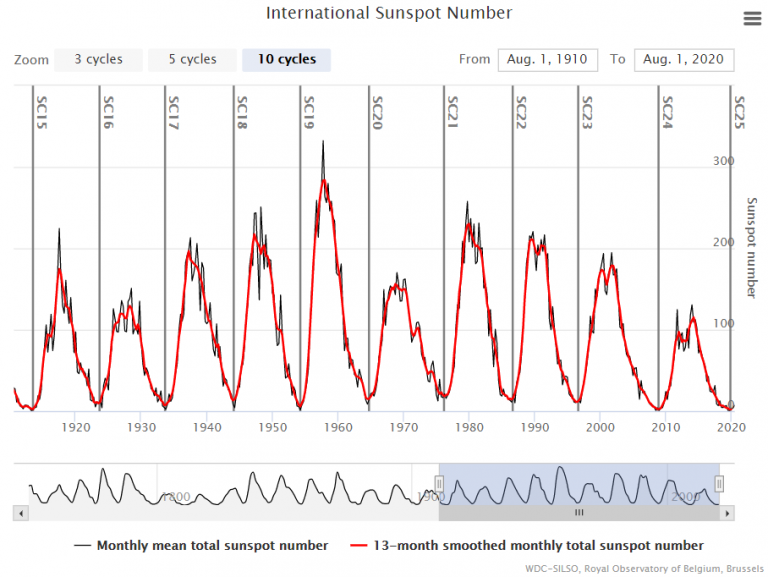 Is cooling in the works? Solar activity has been tapering Since 1980. Source: SpaceWeatherLive.

2020: A year of global surface cooling

Since 2016 there has been nothing more to do with global warming. The data were “adjusted” (falsified) with the warming NASA/GISS factor and are significantly lower in the unaltered reality.