In New York City, as the rest of the world, alarming rates of accelerated sea level rise continue to…not happen.

In 1986, Dr. James Hansen, the Godfather of global warming alarmism, claimed Earth’s temperature would rise by about 4°F between 1986 and 2010. 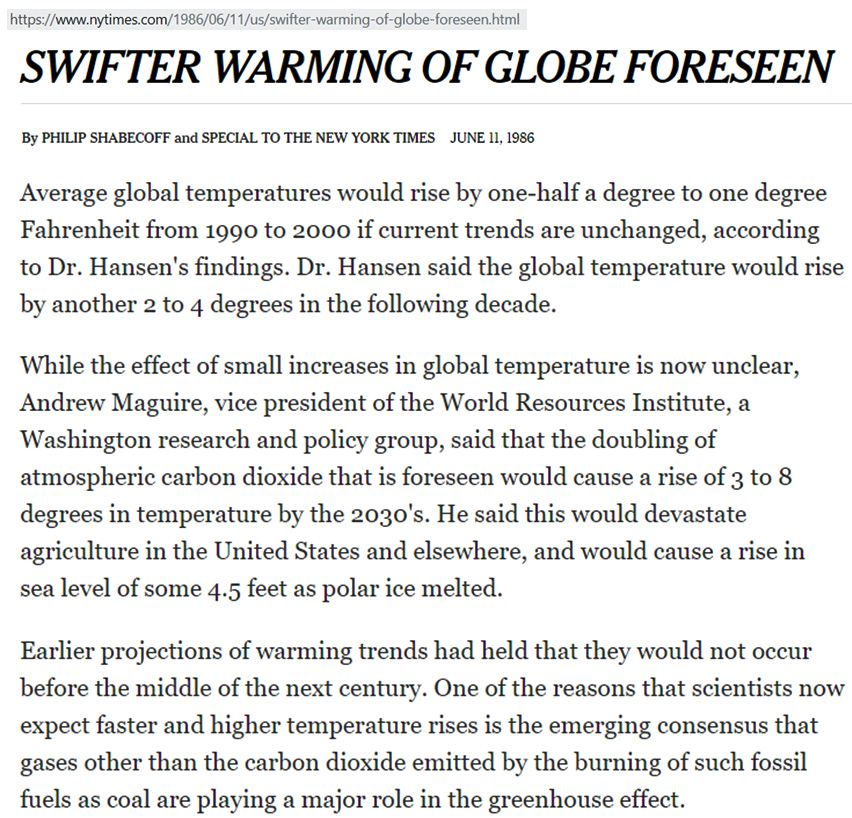 In 1988 Hansen predicted that within 20 years (2008), New York City’s West Side Highway would be underwater due to rising seas. 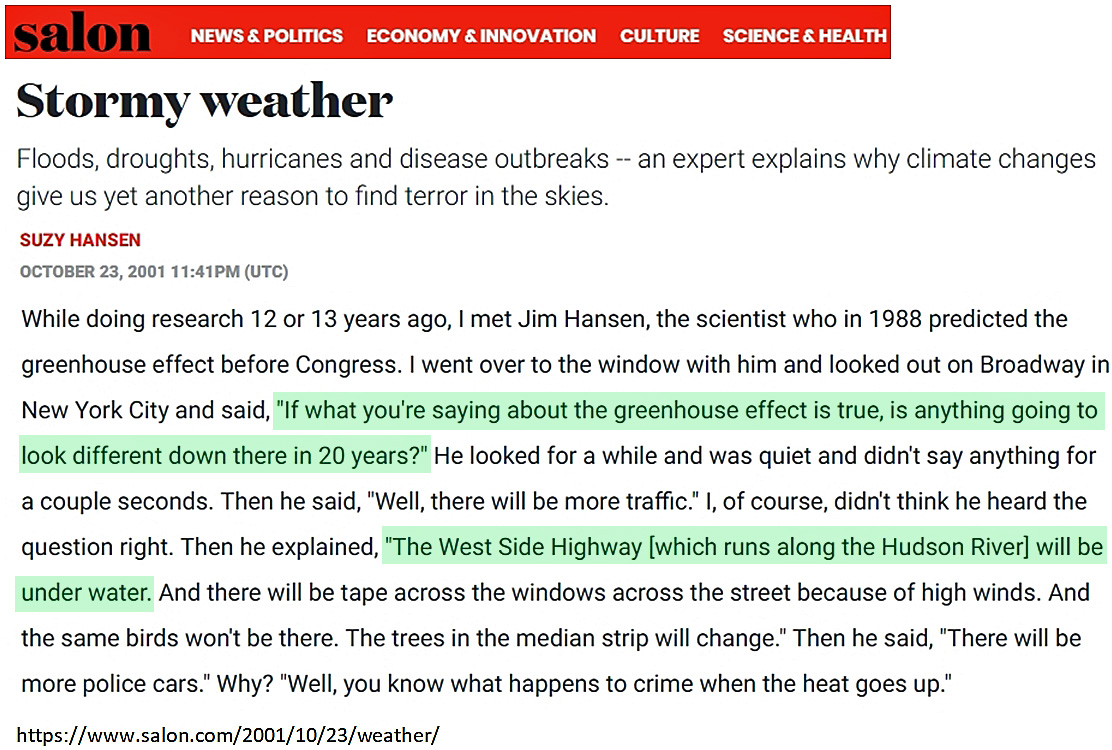 The factor affecting New York City’s relative sea level the most is subsidence, which amounts to -2 to 3 mm/yr.

The lack of significant sea level rise or acceleration not only applies to New York City, but to the rest of the world.

Dr. Boretti reports that the Earth’s long-tem tide gauges show sea levels are rising at a pace of just 0.3 mm/yr on average and that “there has been no detectable acceleration in the rate of sea-level rise” in the last century.

So although “climate models predict that rising CO2 levels should cause an accelerated sea-level rise,” this, thus far, hasn’t happened. 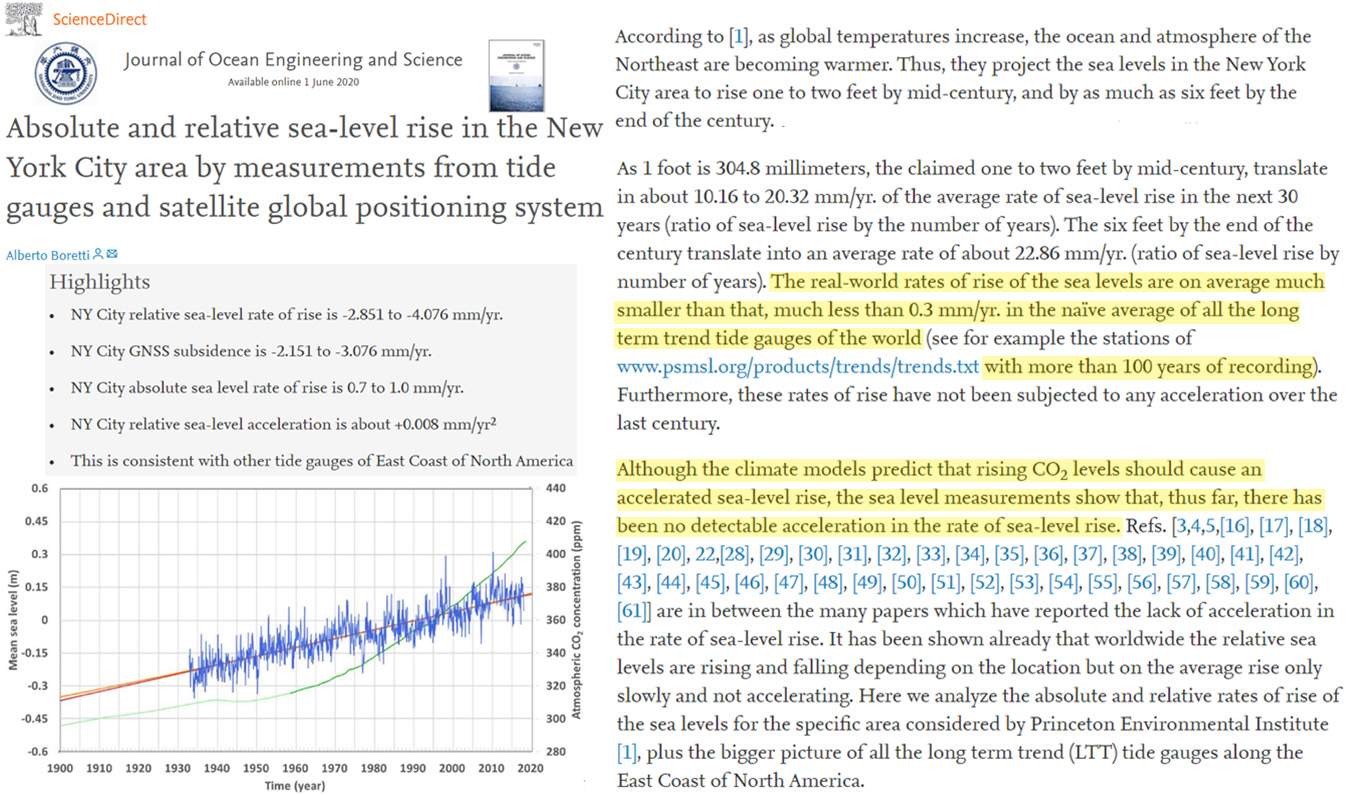