Only a few thousand years ago, when CO2 levels were both stable and low (~265 ppm), the  (1) Arctic had far less ice and more vegetation than it does now and (2) the massive rate of ice melt in Antarctica rendered modern melt rates negligible by comparison.

A new study (Cherezova et al., 2020) reveals that until about 6,500 years ago Bolshevik Island in the Russian High Arctic brimmed with grass, birch and willow trees, and large herbivores grazing on grass year-round. At that time sea levels were rising at rates of 7.9 mm/yr, which is more than 5 times faster than the  global sea level rise trend since 1958 (~1.4 mm/yr, Frederikse et al., 2018).

Today this same High Arctic island is treeless with “very scarce vegetation.” It is locked in sea ice and mean annual temperatures only reach -13°C, which is a “similar climate to the Lateglacial.” Modern climate warming “is not observed” in either the meteorological or ice core data (Tvyordoe Lake) for this region. The ice caps are today about the same size as they were during the peak of the last ice age (~20,000 years ago). 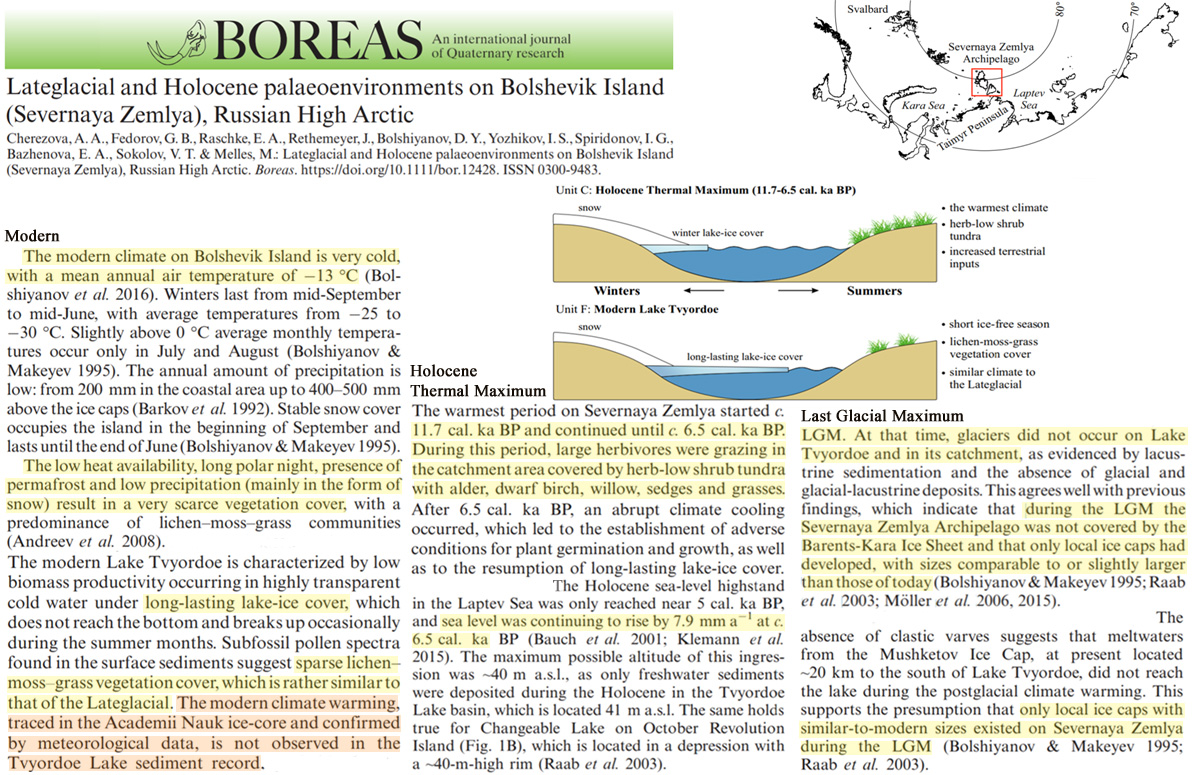 Another new study (Jones et al., 2020) reveals that from about 7,500 to 4,500 years ago, when CO2 was about 150 ppm lower than today, Antarctica’s Ross Sea glaciers abruptly lost 220 meters (!) of ice surface height. This ice loss – at times reaching >400 cm per year – occurred throughout the region regardless of the topography. This strongly implies the “overarching external driver” of the glacier retreat was an ocean warming trend.

The authors point out that the ice surface lowering may have “continued below the present-day glacier surface,” only to advance again during the last few hundred years. 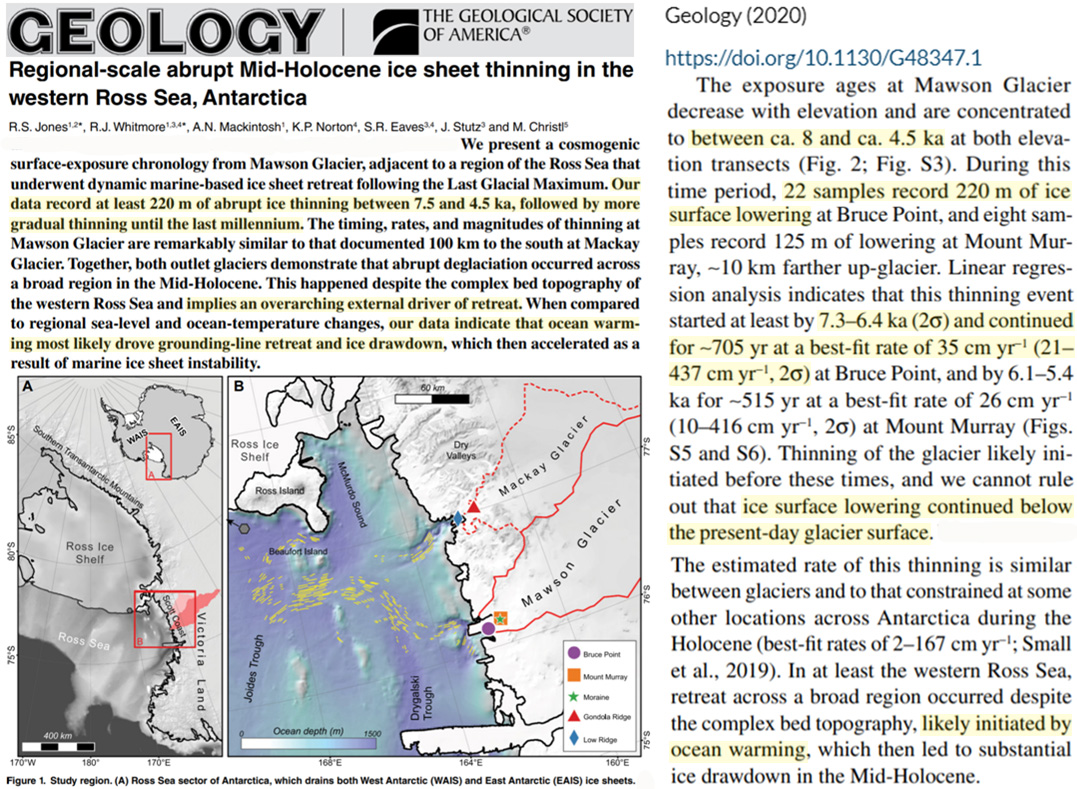 A recent study (Sinclair et al., 2012) indicates the sea surface temperatures in this region (western Ross Sea) have been rapidly cooling (-1.59°C/decade) since 1979, and there has been no net ocean warming since 1882. 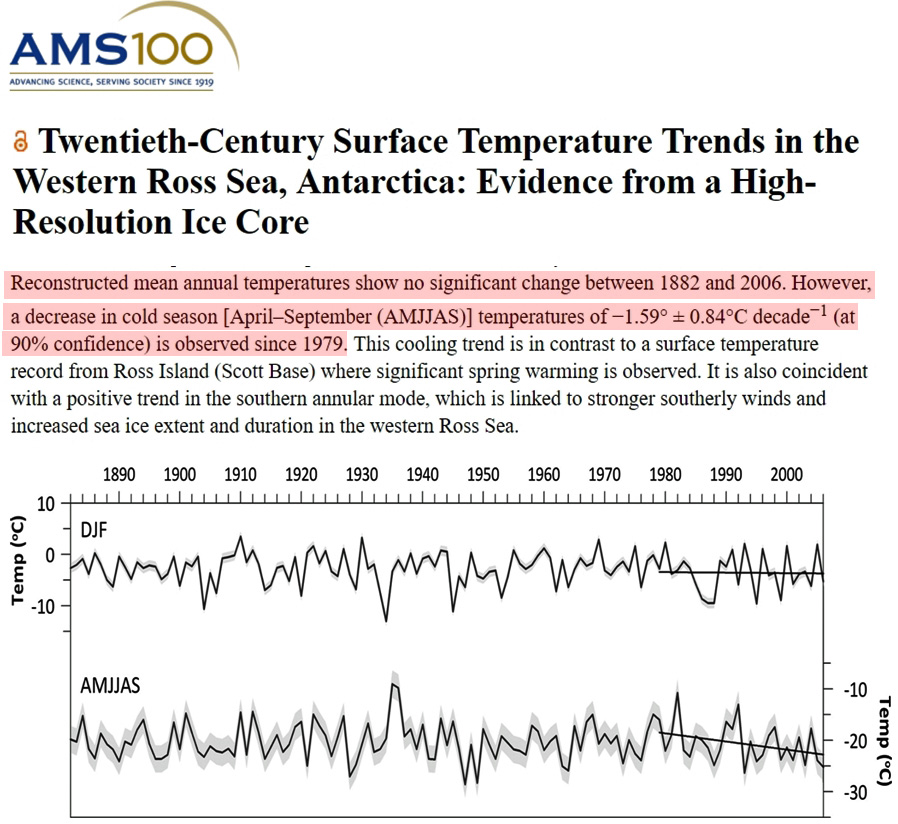 Still another study from this region (Yokoyama et al., 2016) corroborates a “widespread collapse of the Ross Ice Shelf” between 5,000 and 1,500 years ago. Modern melting rates are the slowest in the last 5,000 years and there was “much warmer water beneath the ice shelf at 5 ka compared with the present.”

These studies strongly imply modern polar climate changes and ice melt rates in both hemispheres are neither unprecedented or unusual. In fact, if there is anything anomalous about today’s polar climates, it’s that they are colder and ice melt is less pronounced than just about any time in the last 8,000 years. 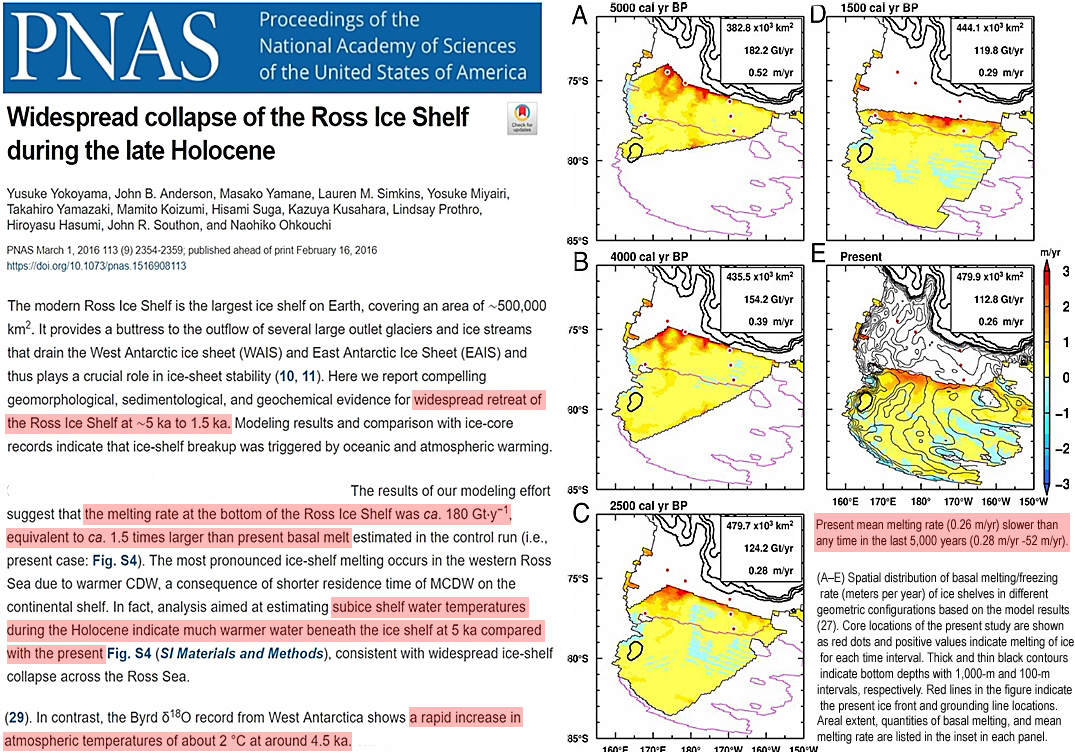 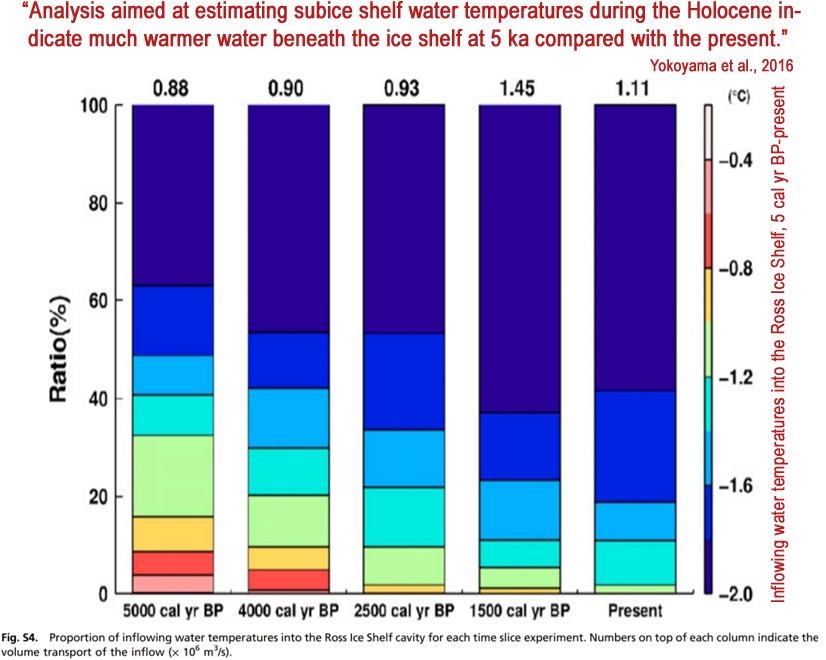