Today we look at October mean temperatures for the emerald island country of Ireland, the Scandinavian country of Sweden and Finland.

Global warming alarmists claim that the globe is warming, which intuitively would tell us summers should be getting longer, which in turn would mean the start of fall is getting pushed back. In such a case, September and October temperatures should be warming, but they are not!

First we plot the mean temperature for 7 stations in Ireland for the month of October, for which the Japan Meteorological Agency (JMA) has sufficient data going back 25 years: 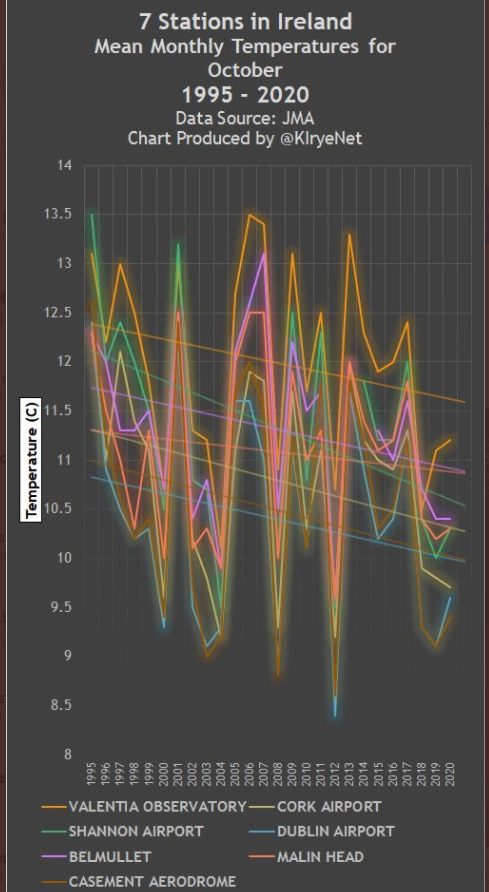 Seven of 7 stations in Ireland have seen a strong cooling trend for October since 1995.

Nothing unusual happening in Greta’s Sweden

Next we look at the October trends for 6 stations in climate activist Greta Thunberg’s home country of Sweden. 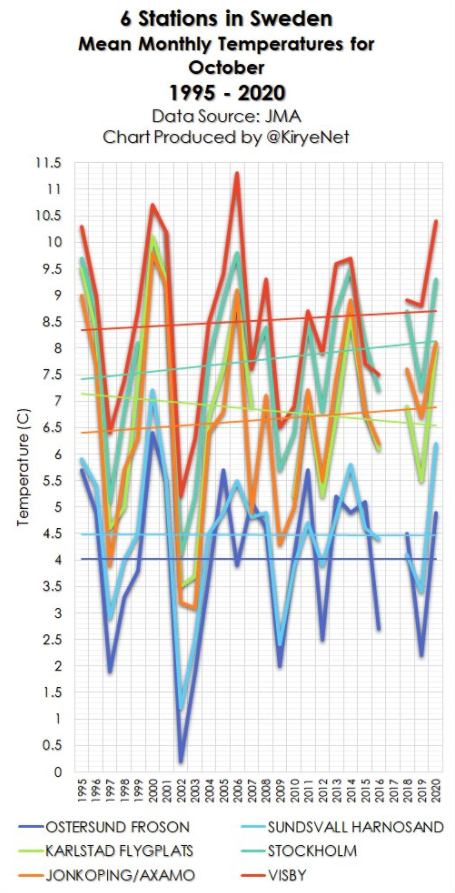 Three of 6 stations in Sweden show no warming trend for October. Greta can begin to calm down and stop worrying herself to death about climate doom. As is the case for all the charts shown here, we plot the stations for which the Japan Meteorological Agency (JMA) has sufficient data going back 25 years

Finally we look at Sweden’s Nordic neighbor of Finland. Here as well there’s little indication of a widespread warming. 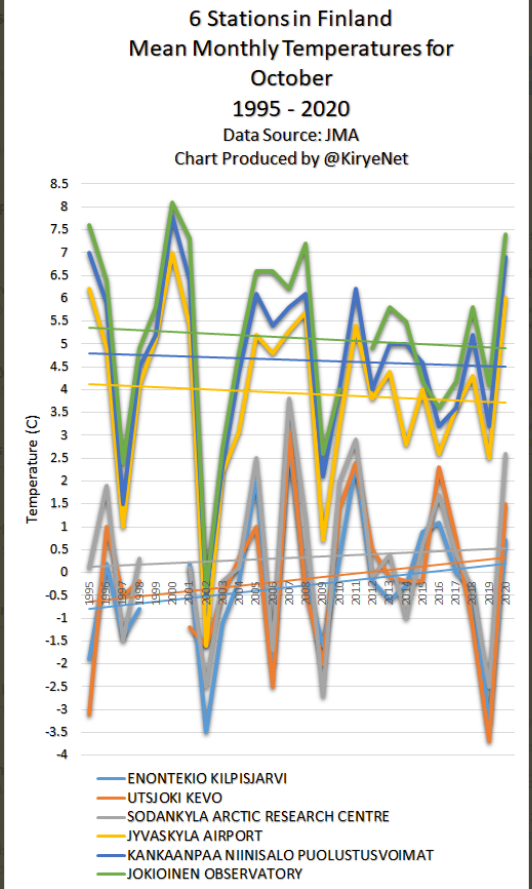 Three of 6 stations in Finland in fact showed a modest cooling trend for October over the past quarter century. There’s nothing to be alarmed about.