Early in 2011, NTZ readers and I entered a climate bet with Rob Honeycutt and climate warming dogmatist Dana Nuccitelli. The bet, which I dubbed the Honeycutt Climate Bet for Charity, was whether globally the 2011-2020 decade would be warmer or cooler than the previous 2001-2010 decade.

Myself and and a number of NTZ followers that bet the 2011-2020 decade would see no warming, or even cooling. Conversely Messieurs Honeycutt and Nuccitelli claimed global warming would continue, due to manmade greenhouse gas emissions, of course. To decide the winner of the bet, it was agreed that the RSS and UAH datasets would be used.

Now we are at the end of 2020, and the data suffices to declare a winner. The following chart is the latest UAH from Dr. Roy Spencer: 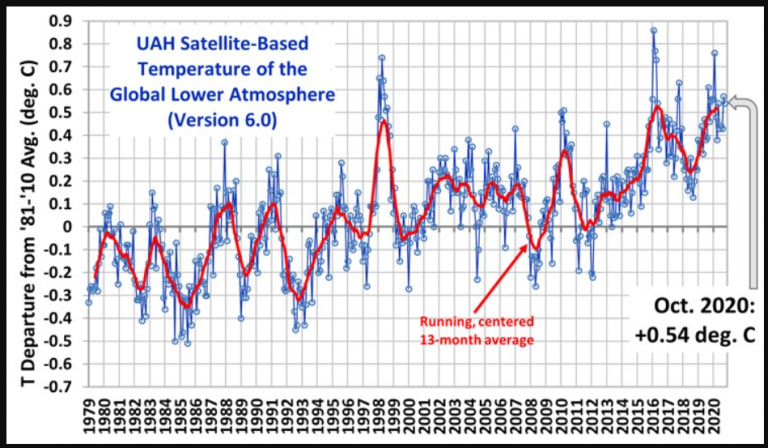 As we can see, before 2016 the global mean temperature had been cooling since 1998, thus establishing what came to be known as “the hiatus”. The early half of the 2011-2020 decade had been running a bit cooler than the previous decade.

But then came the monster 2015/16 El Nino, a natural event occurring at the equatorial Pacific and it saved the warmists from losing the bet: 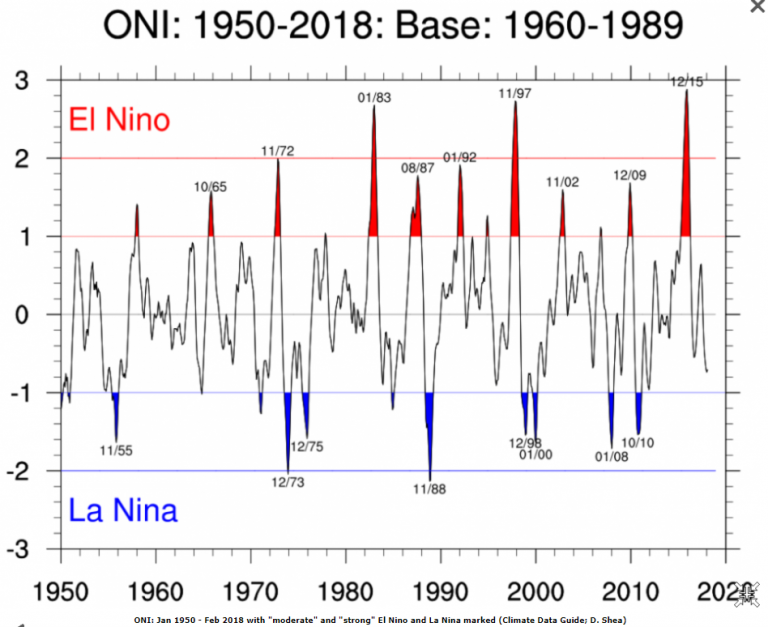 That ENSO event was the strongest in memory, and thus drove global surface temperatures to a new level. As we can see from the UAH chart above, the overall current decade indeed did become warmer than the previous 2001-2010 decade. I haven’t crunched the numbers, but I think no one will dispute it.

Congratulations to the warmists on winning the bet, all thanks to the natural factors that coolists keep arguing in favor of.

Of course, the bet winners will boast and insist it’s all due to human activity. But it isn’t. Such a claim is Dominion-voting-machine science. The one deciding factor was the powerful mid-decade El Nino event, which is natural and has little to do with people burning fossil fuels.

Personally the results do not change my skeptic view of CO2’s role in climate at all. In fact the results only reinforce my view because it’s crystal clear that the 2016- 2020 warming was due to the El Nino, a natural factor, and not CO2.

Those participating in the bet of course must honor their bets and pay the pledged amounts to a charity helping needy children. I myself will be paying to SOS Kinderdorf e.V., a Germany-based charity set up to aid needy kids, 200 euros (ca. 230 USD). I’ll be posting proof of payment in the days ahead, as soon as the bank statement comes in).

I’ll also be sending an e-mail to the other bet participants and asking them to pay up. Hopefully they are all still with us.

I don’t ever lose my climate bets. But as you can see, there’s always a first time.