Despite all the money-generating gloomy predictions of sinking islands, we reported in 2013 on how the Maldives was planning to build 30 new luxury hotels for future tourists. 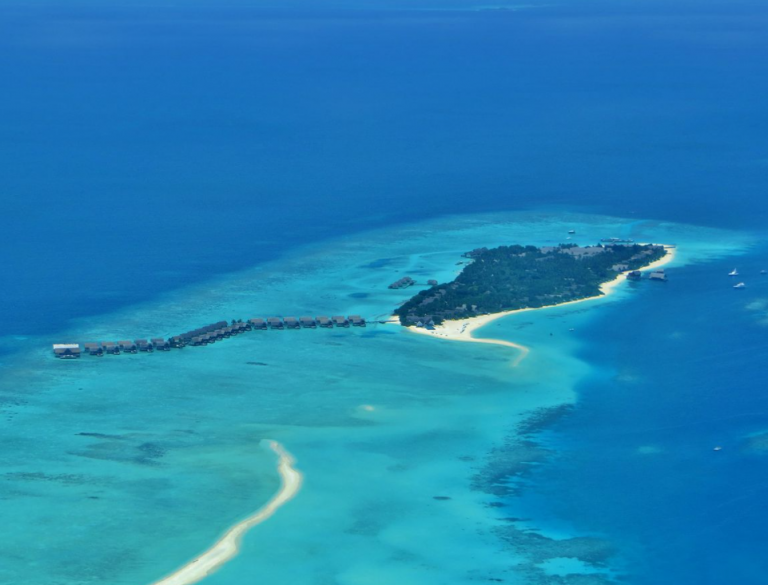 We recall how in 2012, the former President of the Maldives Islands, Mohamed, Nasheed said: “If carbon emissions continue at the rate they are climbing today, my country will be underwater in seven years.”

Well, today the islands have not gone underwater and remains popular with tourists like never before. And to help with the job of ferrying the 1.7 million (2019) tourists to and from the resort islands, the Maldives have recently opened 4 new airports, according to German site Aero here!

No, the airports are not designed to evacuate tourists because sea levels are “rapidly rising”, as climate alarmists claim. The airports are a long-term investment aimed at drawing in even more tourists and they are based on the projection that they’ll still be very much in unhindered operation in 30 or 50 years from now. Obviously the catastrophic climate warnings are not being heeded. Most likely these warnings are not really serious at all.

The Maldives comprise 1200 islands, which were made accessible through a total of ten airports. However, they are not enough to handle the expected traffic. So four new domestic airports would open this year alone, announced Transportation and Aviation Minister Aishath Nahula,

The new airports will feature 2200 meter runways, thus allowing commercial passenger jets to takeoff and land. According to Aero, citing the Arabian Business news site, some 52 million dollars was financed by Abu Dhabi to cover the construction costs.

Environmentalists expressed anger at the project because “forests had to be cut down and beaches concreted over”.