A new temperature record for all of India shows no obvious net warming since 1951 or 1705. But when scientists select a cold year and draw in a red-hot short-term upward trend from that point, warming appears.

Pages 21 to 45 of a new Springer book entitled Assessment of Climate Change over the Indian Region and authored by 12 Indian meteorologists (Sanjay et al., 2020) assesses the temperature changes for India as a whole throughout the last few centuries.

A proxy temperature reconstruction since 1705  reveals no obvious net modern warming – and a warmer 18th century than recent decades.

When the drawn-in trend lines are removed, an annual, max. and min. instrumental record that begins in 1951 also shows no obvious net warming. 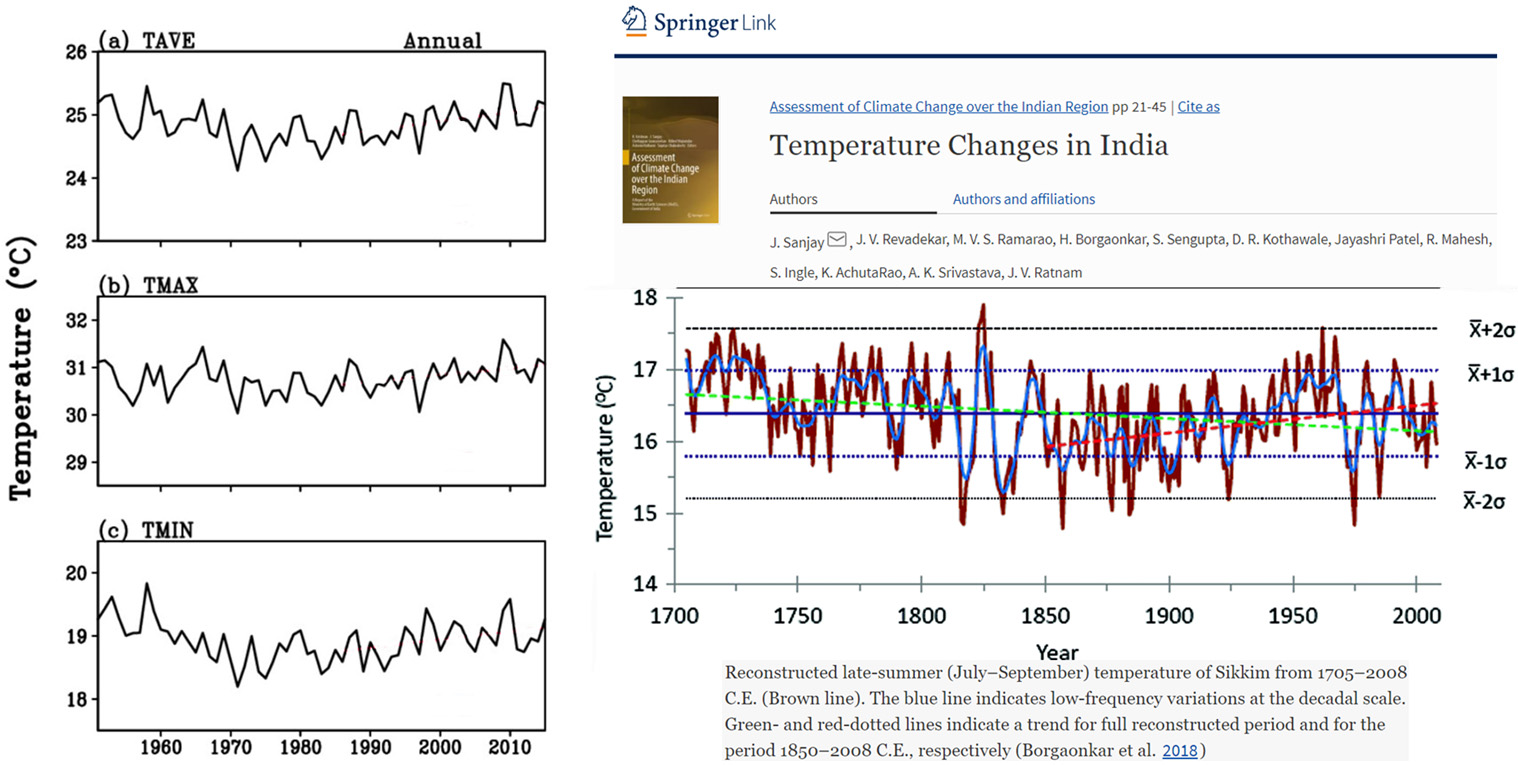 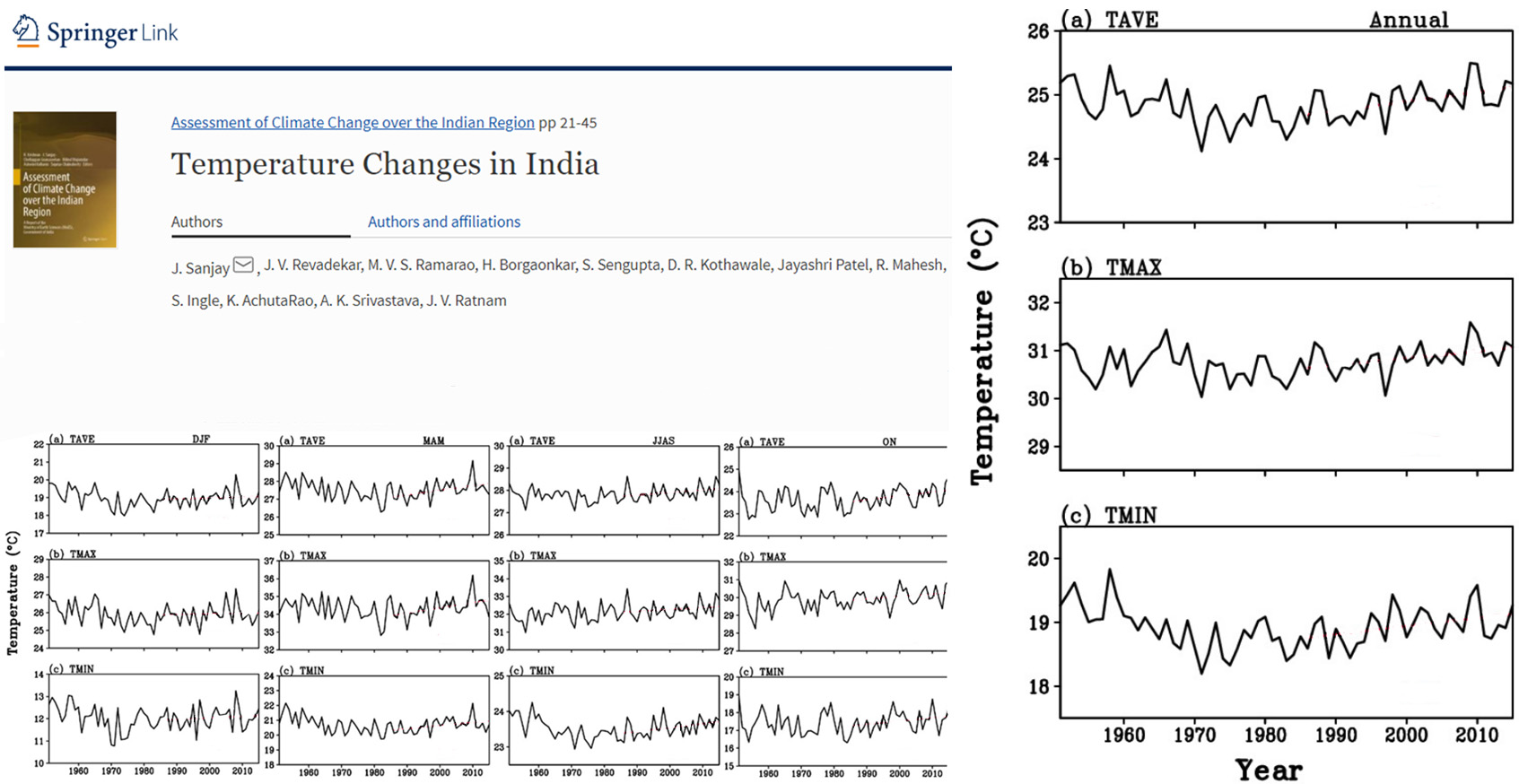 Since a non-warming trend during an era when CO2 concentrations rose from 315 to 415 ppm would not support the narrative that the globe has been rapidly warming due to human activity, the authors took the necessary steps to create a warming trend where none existed.

A cold year, 1986, was selected as the starting point for the newfangled global warming in India. From there, a red-hot warming trend line was drawn-in and a per-decade rate of warming (i.e., 0.15°C) also emerged in flaming red tones.

And, just like that, India is in the fold, sweltering in the throes of anthropogenic global warming. 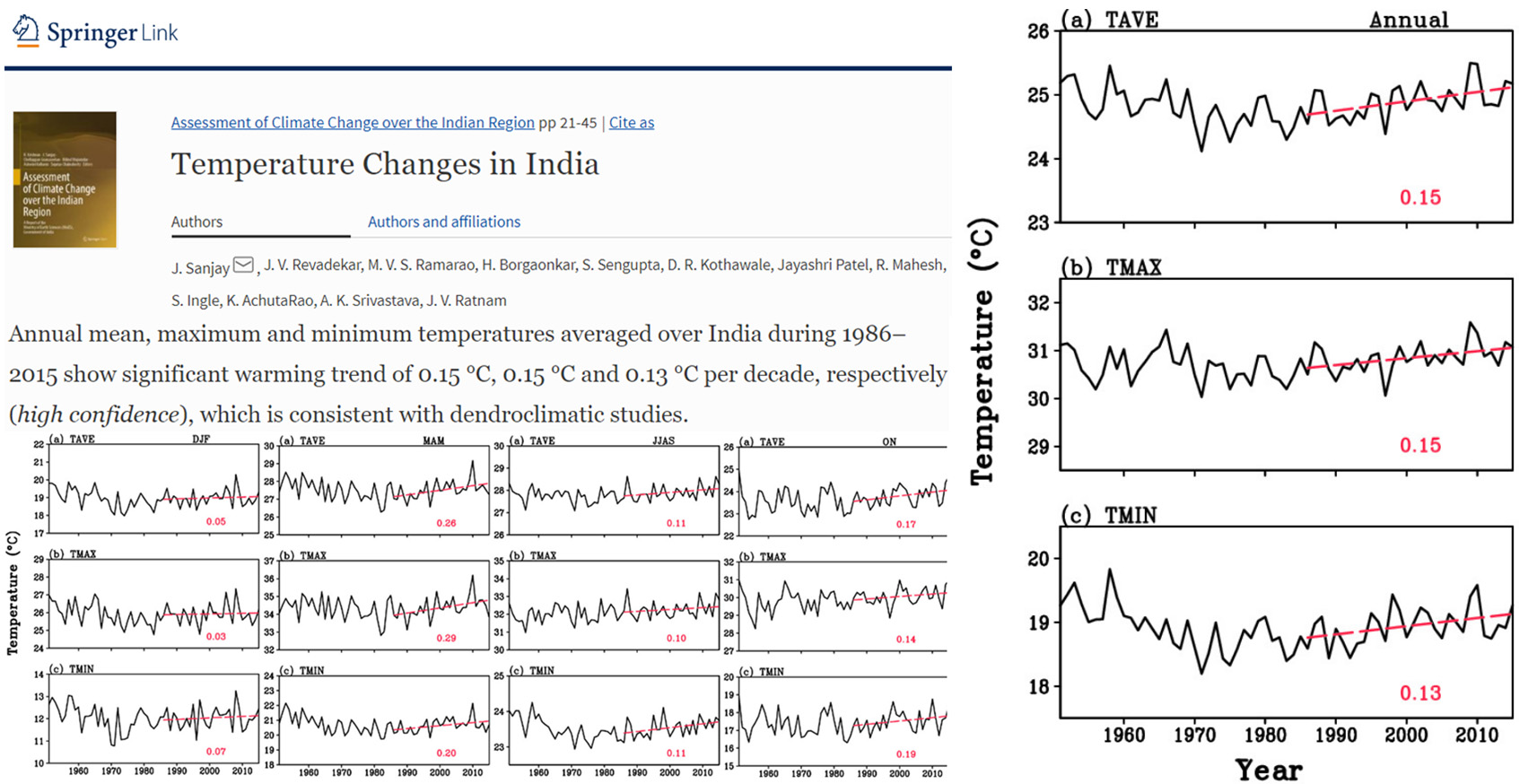