At Facebook, environmentalist Gero Lenhardt writes a desperate plea to rescue one of Germany’s most idyllic, fairy tale-like forests: the Reinhardswald located in the hilly region just west of Göttingen.

The German state of Hesse’s largest contiguous forest area will become a wind industry area if profit-seeking planners get their way.
The Reinhardswald is known as the “treasure house of European forests” or “Grimm’s fairy tale forest”.

“A total of about 2000 hectares (20 million m²) of the thousand-year-old Reinhardswald have been designated for wind power plant development,” says Lenhardt, at Gegenwind Deutschland. “The massive resistance of the affected citizens is being ignored by the state government,” reports Lenhardt.

Natural, virtually undisturbed habitat may fall victim of the greed of crony policymakers and industry lobbyists. “The first 20 wind turbines of unprecedented size are planned (see map), the approval procedure is in its final phase,” says Lenhardt. 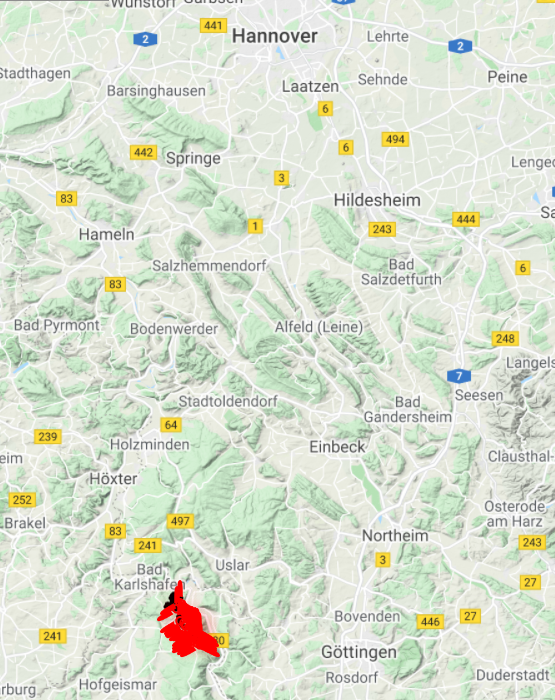 Location of planned wind parks in the Reinhardswald, west of Göttingen (Google Map).

And that would only be the beginning: A total of more than 60 of these gigantic wind turbines could be built on 7 large areas.

Lenhardt writes that their wonderful Reinhardswald is “on the verge of being degraded” and “with incalculable consequences for nature and the whole region.”

He needs both the support of local citizens and the attention from around the world.

Lenhardt says that not only will the planned turbines pose a hazard to drinking water for over 50,000 people, it will also disfigure the landscape and lead to noise pollution for hikers, tourists and residents.

Moreover it will seriously endanger rare bird life such as the black stork, red kite, bats and other red-listed species.

You can write a statement protesting the planned construction of the wind parks by sending an email to: Einwendungen_III_33-1@rpks.hessen.de. Emails in the English language are fine as many Germans understand English quite well. You can visit their site at:  www.rettet-den-reinhardswald.de.

The following are visualizations are that are true to scale and position and thus illustrate what the Reinhardswald will look like should the project go through. 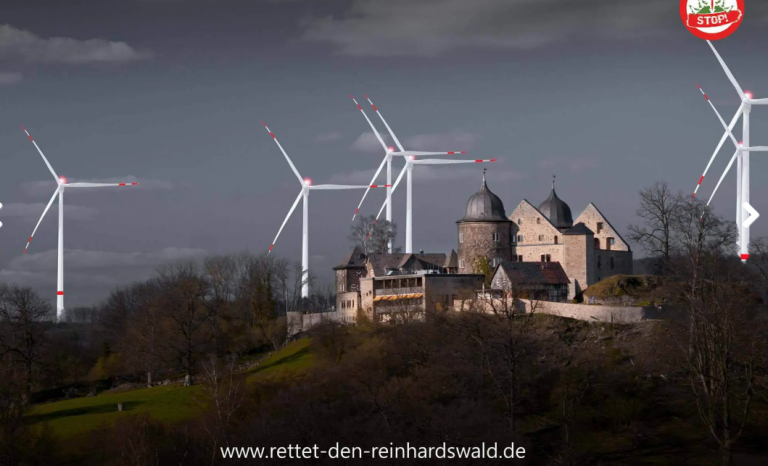 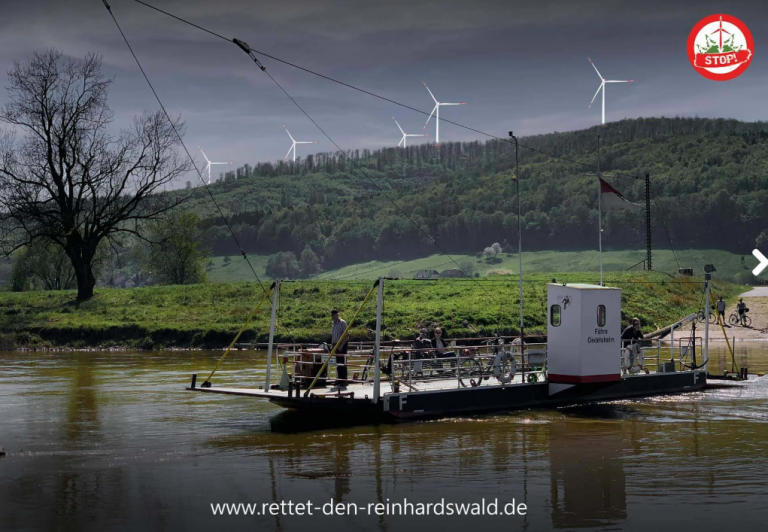 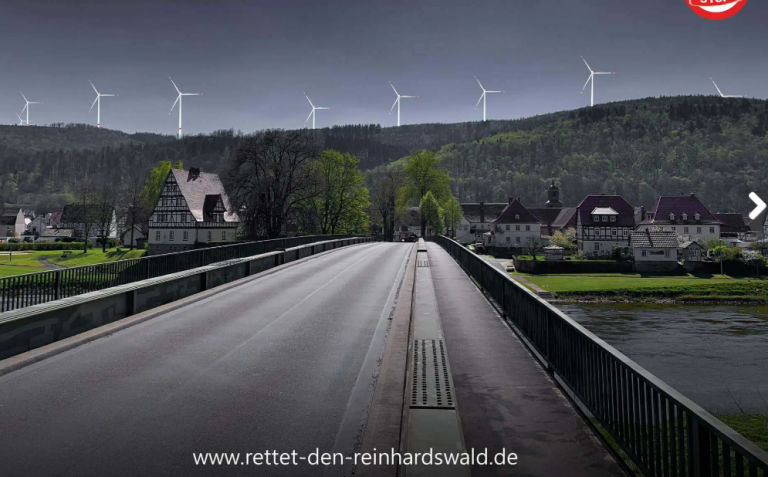 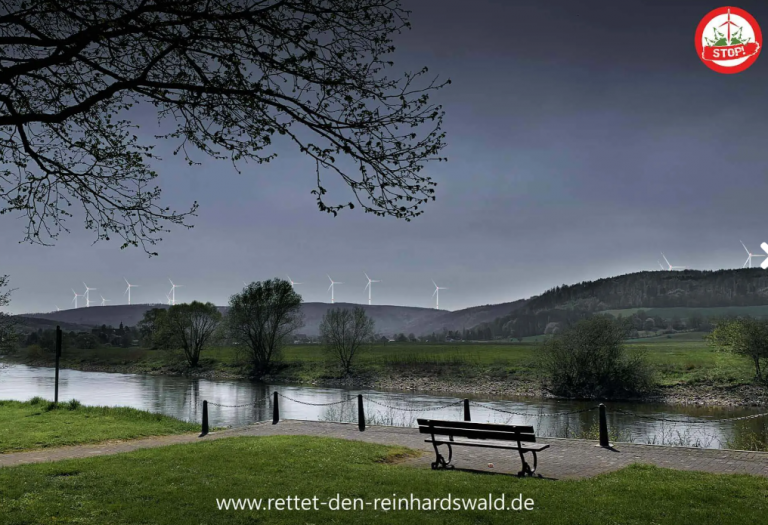 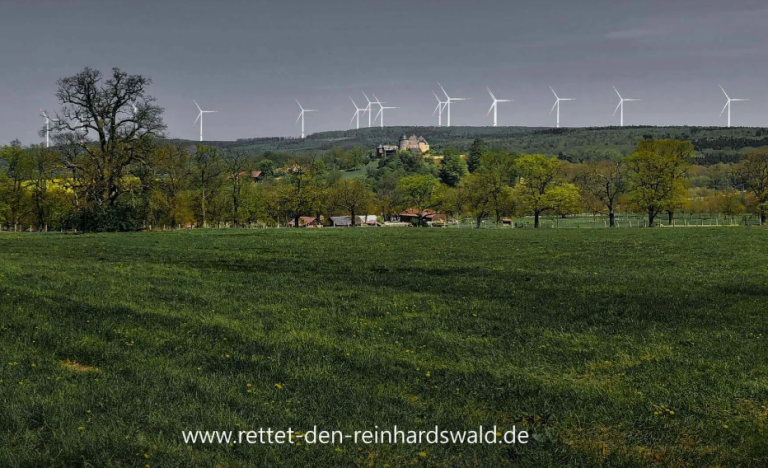 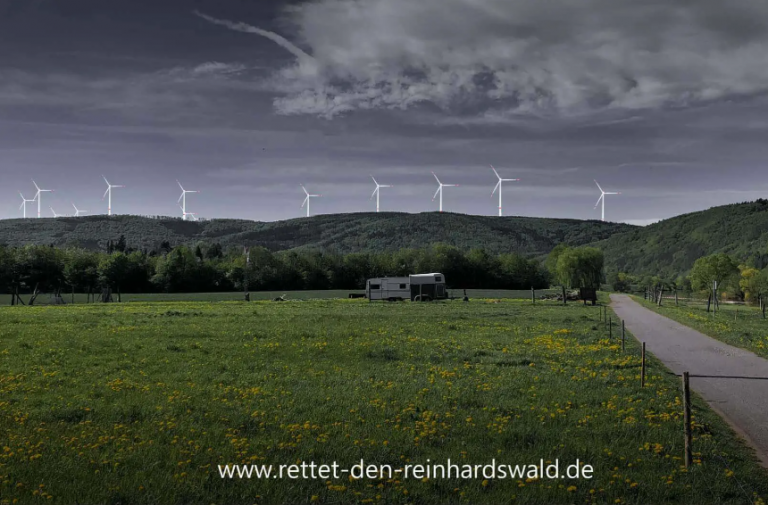 12 responses to “Environment Of Dystopia: Germany Plans To Wipe Out 20 Million Sq M Of 1000-Year Old Forest, For Wind Parks!”