At an outdoor test site in Italy CO2 concentrations vacillating between 1,000 and 750,000 ppm have no more or less an effect on local temperatures than a nearby site with stable, ambient (<400 ppm) CO2 concentrations.

Mofette fields are “natural carbon dioxide springs” that allow us to observe the effect that a 100% (1,000,000 ppm) CO2 concentration has on ecosystems, temperatures…even spiders (Balkenhol et al., 2016).

Temperature changes over the CO2-spewing Bossoleto spring in Tuscany, Italy, were measured over the course of a few days in the early 1990s by Van Gardingen et al., 1995.

More specifically, when the Sun rises above the horizon, temperatures abruptly warm by 10°C and then CO2 rapidly falls from its morning peak (750,000 ppm) to its afternoon nadir (1,000 ppm).

At a nearby site, where CO2 levels center around an ambient 360 ppm (1992 levels) throughout the day, Gardingen and colleagues observed temperature changes to be effectively identical to the Bossoleto site: 23°C at 7 a.m. and 33°C at 3:30 p.m.

In other words, the CO2 concentration – whether a stable 0.036% throughout the day or a wildly fluctuating 0.1% to 75% over the course of a 24-hour period – had no detectable effect on changes to the surface temperature.

This real-world temperature-CO2 experiment would appear to show CO2 varies in response to environmental factors, but it does not appear to causally affect temperature changes. 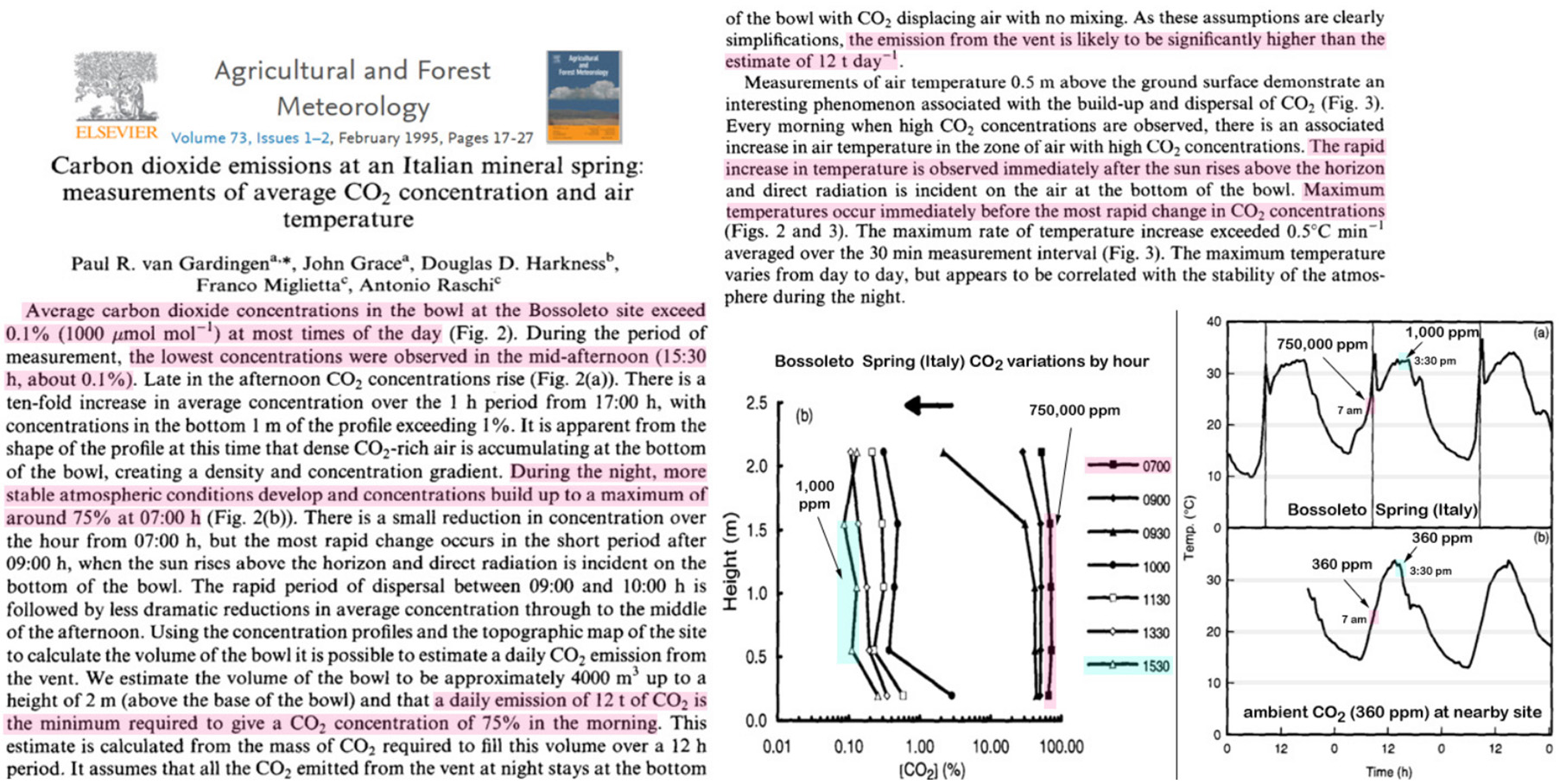