Last year Dr. Virginie Duvat published a global assessment of how the Earth’s islands and atolls are faring against the ongoing challenge of sea level rise since satellite monitoring began in the 1980s.

Fortunately she found “no widespread sign of physical destabilization in the face of sea-level rise.” In fact, a) none of the 30 atolls analyzed lost land area, b) 88.6% of the 709 islands studied were either stable or increased in area, c) no island larger than 10 hectare (ha) decreased in size, and d) only 4 of 334 islands (1.2%) larger than 5 ha had decreased in size. 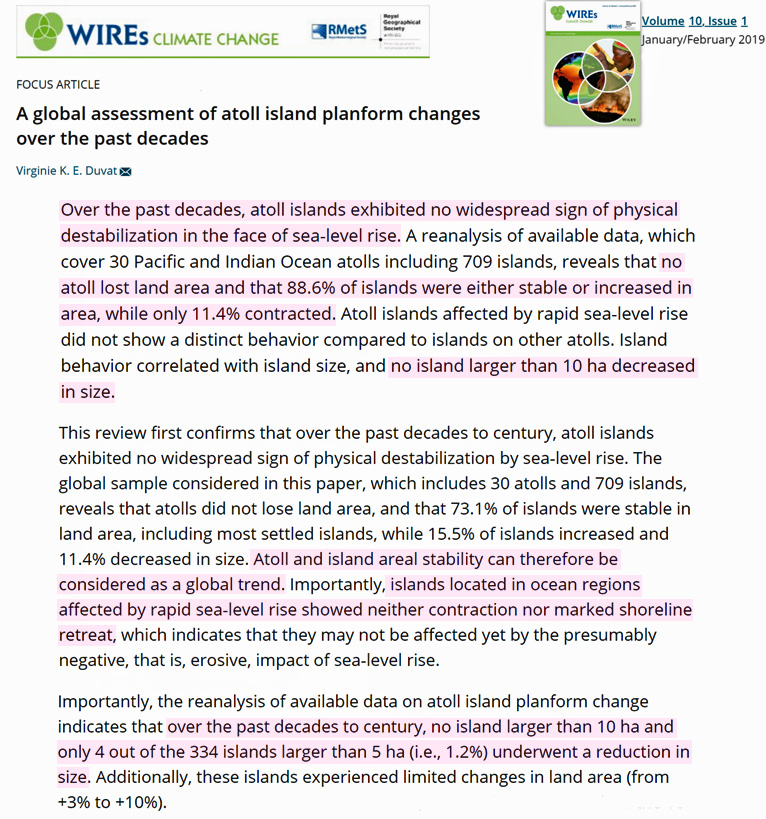 This year Dr. Duvat has focused on the Maldives islands, a region characterized as one of the most vulnerable to sea level rise perturbation. About 80% of the islands are less than 1 meter (m) above sea level.

Considering the Maldives population (>400,000) has been doubling every 25 years since the 1960s and nearly 1.3 million tourists visit many of the 188 inhabited islands every year, the Maldives islands are critical to ongoing assessment of the effects of modern sea level change.

And, fortunately, like it has for the rest of the globe, the Maldives are faring quite well.

Due significantly to human ingenuity – engineering feats such as island raising, artificially expanding island areas, and “armoring” shorelines – most of the Maldives have actually expanded in size in recent decades.

Put another way, 97.3% of Maldives islands have been either stable or growing in size since 2005. 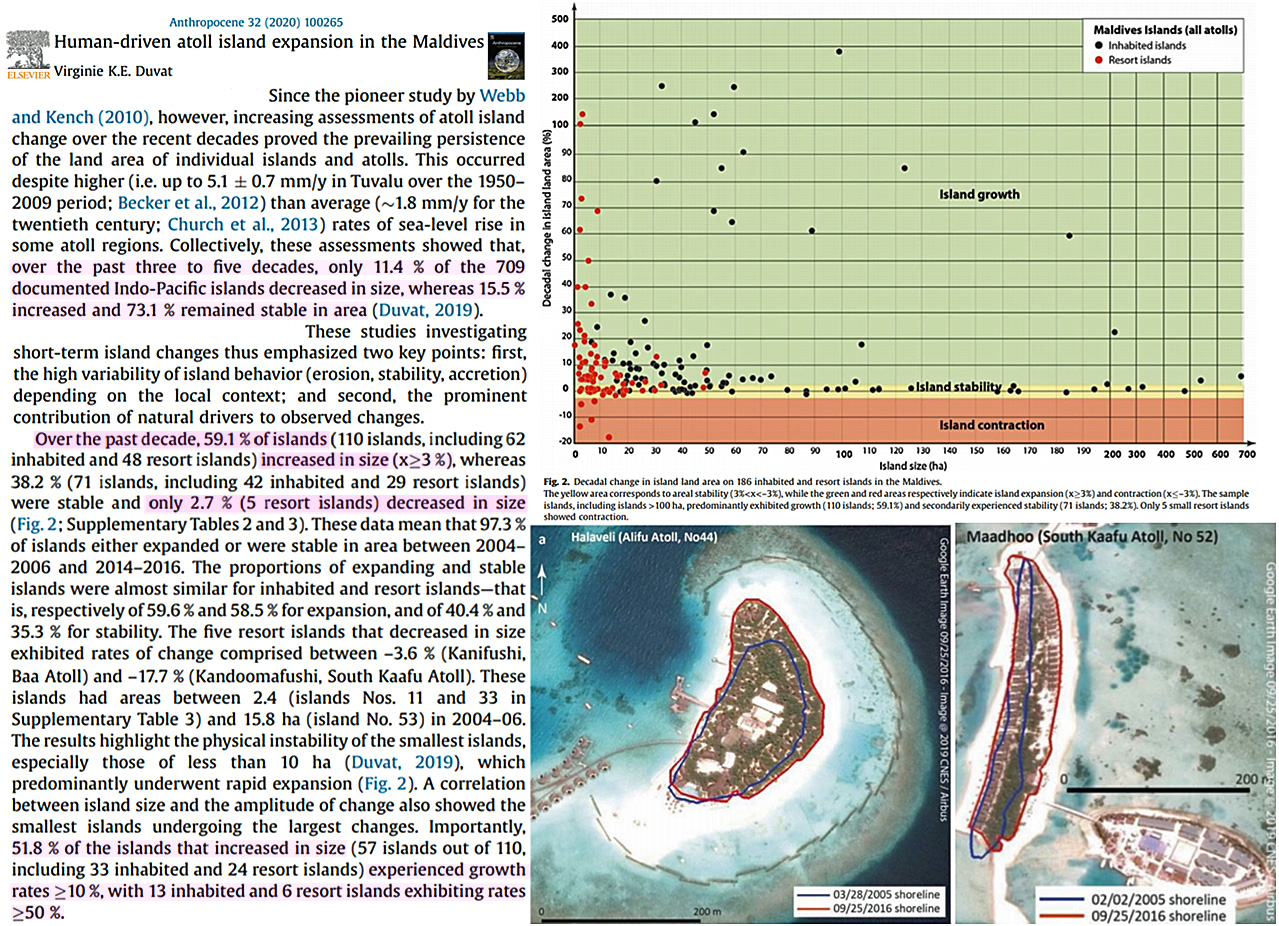 Another new study (Kench et al., 2020) helpfully presents the long-term context of Holocene sea level for the Maldives. We find that islands that are above sea level today were submerged beneath seawater as recently as 3,000 years ago.

From about 4,000 to 2,000 years ago, Maldives sea levels were about 0.5 m above where they are today. Natural oscillations of ~0.8 m in a few centuries have occurred in the last few thousand years, including dips during the Late Antique Little Ice Age (~1600 years ago) and Little Ice Age (~400 years ago).

Modern sea level changes do not appear to fall outside the range of natural variability. 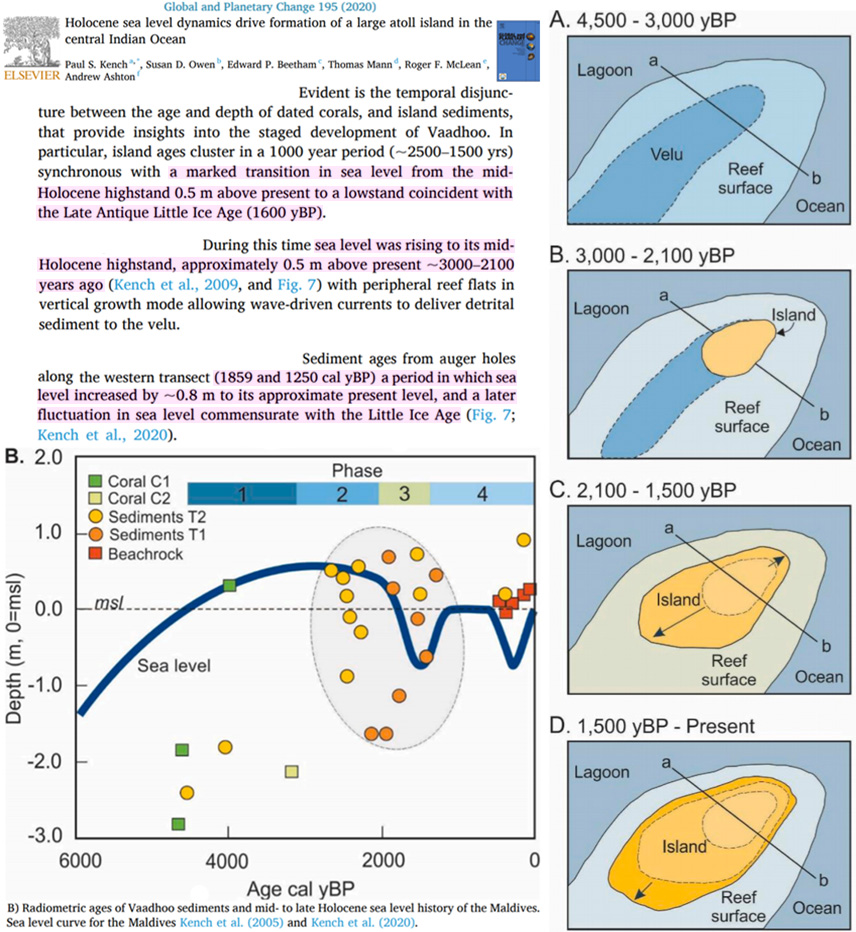