CO2 is higher at the Poles than at the Equator. When air warms, CO2 goes down and water vapor goes up. The warming effects of CO2 and water vapor do not add; they oppose each other. This is opposite IPCC claims.

The IPCC claims doubling CO2 from 280 ppm to 560 ppm over the course of several centuries produces a warming of 1.2°C on its own (IPCC TAR). Since this is not enough to induce catastrophic warming or propel CO2 mitigation policies, IPCC models suggest water vapor perpetually rises along with CO2 and warming, and this rising positive water vapor feedback drives this initial 1.2°C warming up to 3°C, 4°C, and beyond.

The problem with this hypothetical model is that observational evidence fails to corroborate it.

Instead, when air warms, CO2 falls as water vapor concentrations (40,000 ppm in the tropics, <1,000 ppm at the poles) rise. Again, this fundamentally contradicts IPCC claims. 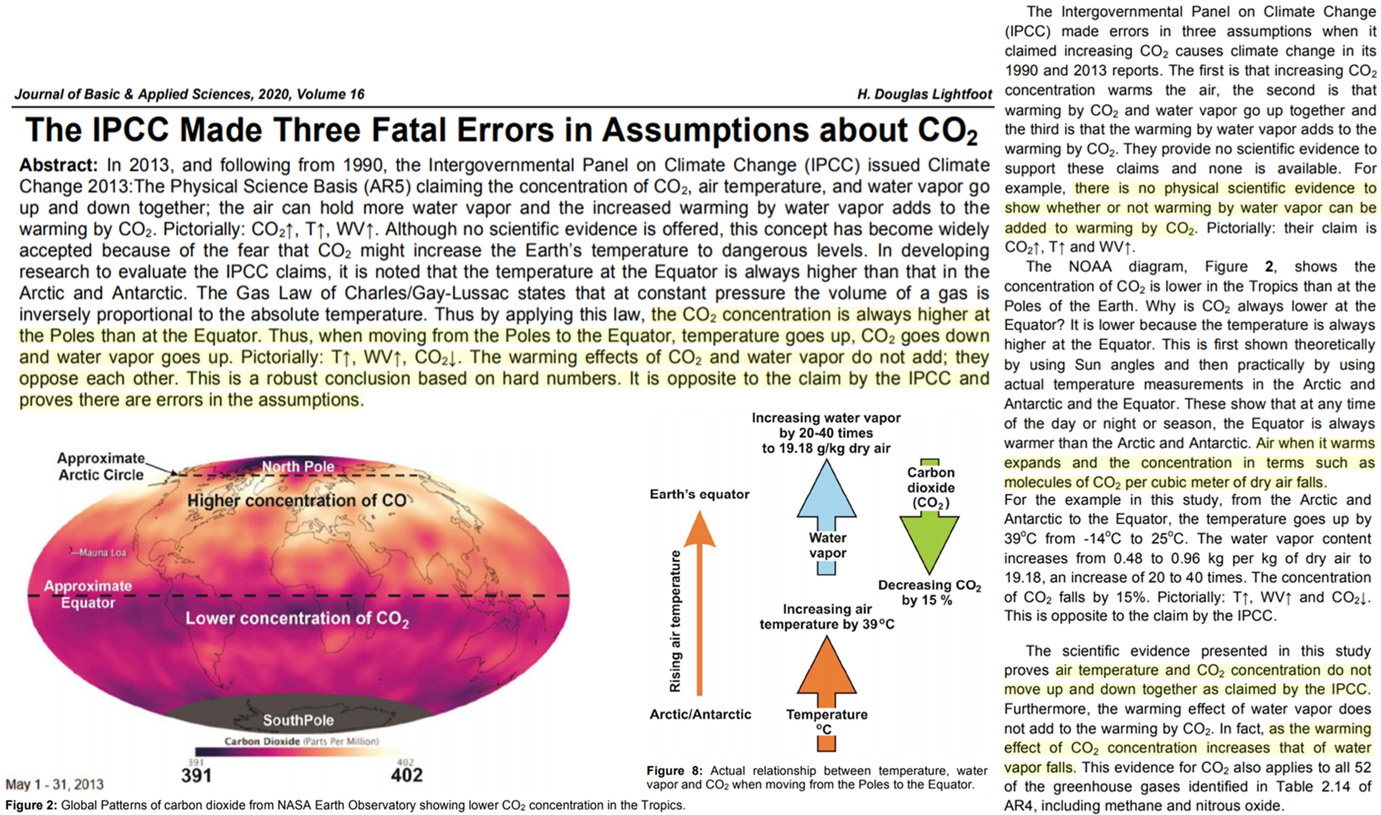 The phenomenon of CO2 falling as temperatures rise can be witnessed throughout the  world. The author documents the consistently lower CO2 levels at the equator vs. at the poles and cites the Gas Law of Charles/Gay-Lussac to explain how this works physically. But the CO2-falls-as-air-warms phenomenon could also be witnessed in 24-hour periods in forests or tree-covered areas, where CO2 rises from around 300 ppm in the warmth of the afternoon to over 600 ppm before sunrise, when it is cooler (Fennici, 1986). 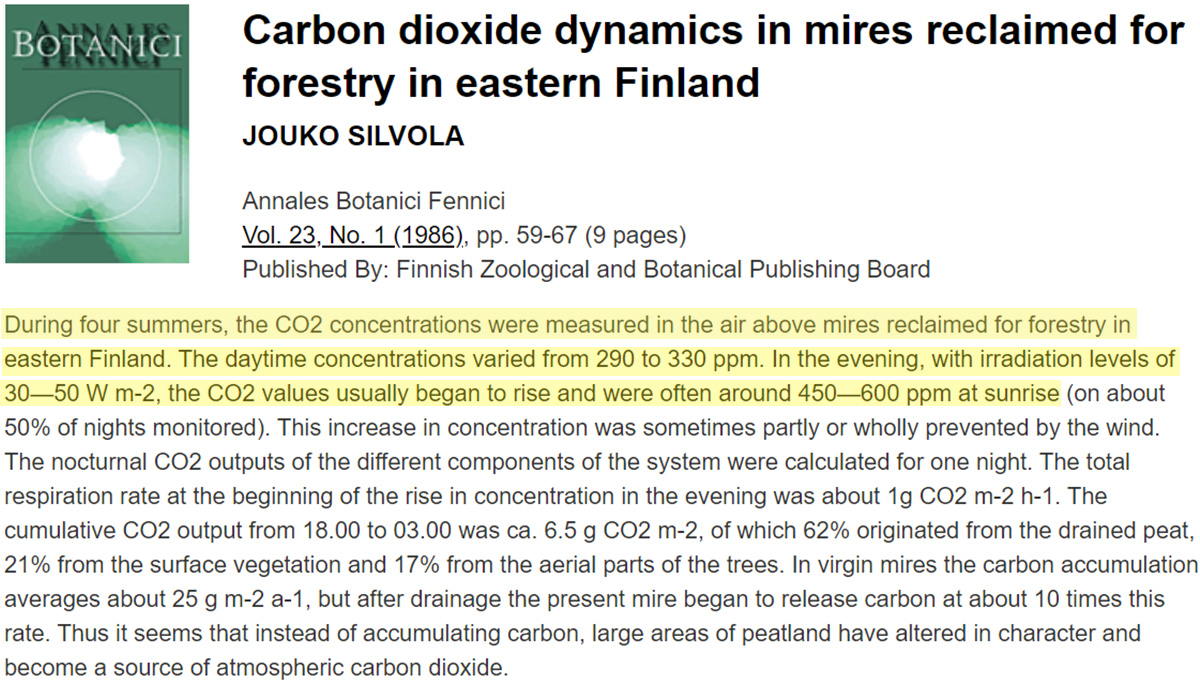 If CO2 falls as water vapor concentrations rise, there can be no perpetually-rising water vapor feedback or catastrophic CO2-induced global warming. As Lightfoot concludes: