Data show Arctic more stable than media doomsayers portray it to be.

In the latter part of the latest Klimaschau video, Arctic mean temperature trends above 70°N are examined: 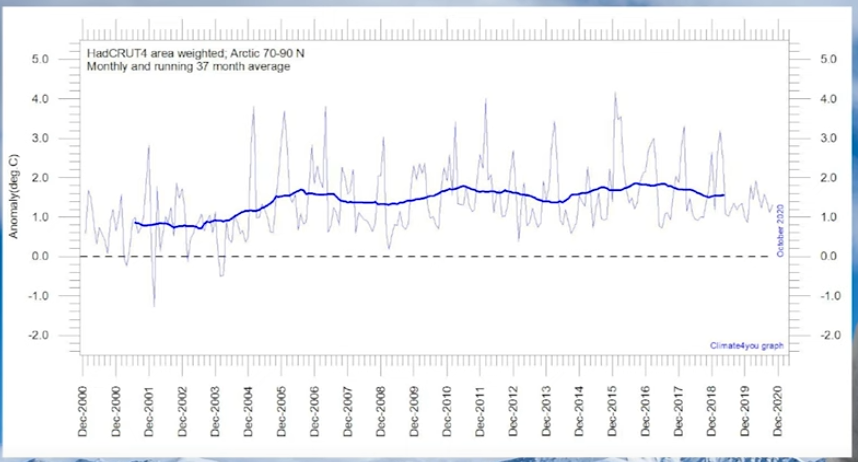 Over the last five years, the plot in fact shows some cooling off.

No real warming since the 1930s

Next, looking back longer term, we examine the data going back 100 years: 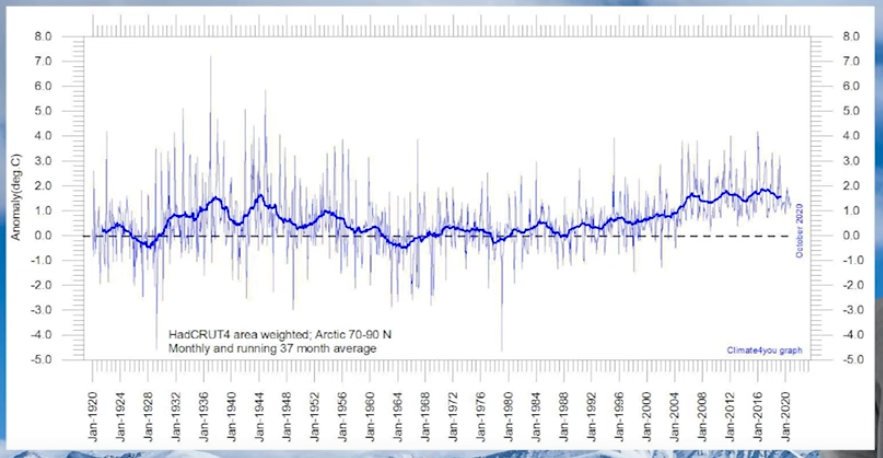 The above chart from climate4you shows that Arctic mean temperatures were almost as warm back in the 1930s and 40s as they are today. Moreover, Arctic temperatures trended downward from 1930 to 1988, a time when manmade CO2 emissions were rising worldwide.

Next from 1990 to 2016, they rose. The last few years there’s been no increase. So what’s really happening?

So why have Arctic temperatures not gone up continuously like they were supposed to do, according to CO2 global warming theory?

The answer of course is that there are obviously many other factors at play, some being much more powerful than trace gas CO2. For example: oceanic sea surface temperature cycles, here especially the AMO.

Next we roughly superimpose a chart of the Atlantic Multidecadal Oscillation (AMO), one that also includes cyclone frequency: 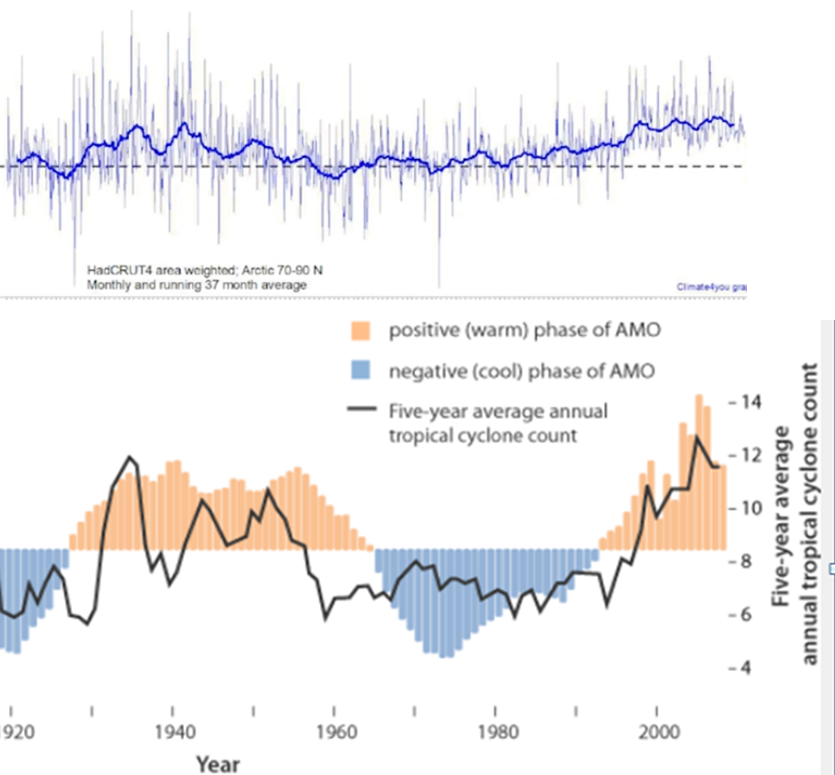 As the above chart shows, when the AMO was in its warm phase from the 1930s to the 1950s, Arctic temps were warmer. The warm North Atlantic sea surface temperatures warmed the adjacent Arctic.

But then by the mid 1970s, the Atlantic sea surface had cooled, and the Arctic responded accordingly.

Next in the 1990s and 2000s, the Atlantic sea surface warmed strongly, and so did the Arctic along with it. Arctic temperatures have little to do with atmospheric CO2 concentrations.

Cyclones respond to the AMO

Unfortunately activist scientists like to ignore the role of oceanic cycles on climate variability, and constantly fudge the numbers and cook the data to try to pin everything on man-made CO2. The reality, however, is that things just aren’t that simple.