Key points from a  new study (Wang et al., 2021) that throws cold water on the claims that modern coral bleaching is unprecedented, unusual, or unnatural.

• “[C]oral bleaching caused by thermal stress has been repeated over the long-term scale of the mid-late Holocene period and severe or prolonged coral bleaching events can lead to massive coral death.”

• There is “evidence of rapid recovery after bleaching” and “coral bleaching events have occurred repeatedly in the mid-late Holocene during times of high SST, and corals have proved to be resilient despite this environmental stress.” 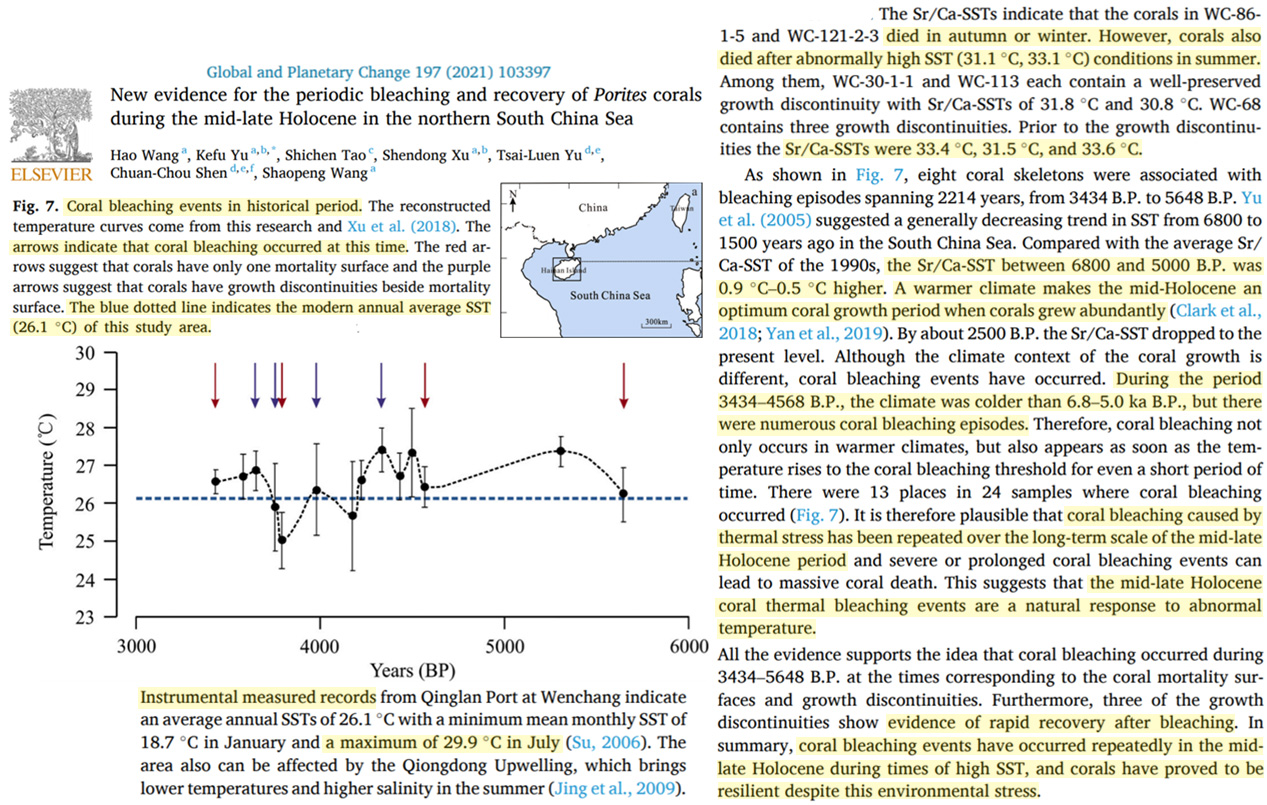