Is the German model America’s future?

Putting matches in charge of fighting gasoline fires? Even more interference appears to be the German government’s approach to solving the power grid mess that its earlier meddling created in the first place. 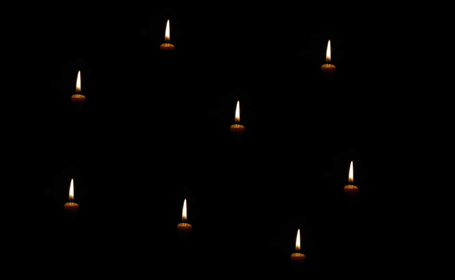 Germany struggles to keep the lights on, looks for a law to prevent its power grid from crashing.

Before the days of climate alarmism and hysteria, the job of deciding how to best produce electricity was left to power generation engineers and experts – people who actually understood it. The result: Germany had one of the most stable and reliable power grids worldwide.

Then in the 1990s, environmental activists, politicians, climate alarmists and pseudo-experts decided they could do a better job at generating power in Germany and eventually passed the outlandish EEG green energy feed-in act and rules. They insisted that wildly fluctuating, intermittent power supplies could be managed easily, and done so at a low cost.

Fast forward to today: The result of all the government meddling is becoming glaringly clear: the country now finds itself on the verge of blackouts due to grid instability, has the highest electricity prices in the world, relies more on imports and is not even close to meeting its emissions targets.

The need for “smoothing out” demand peaks

So what solution does Berlin propose today? You guessed it: more meddling and interference, more outlandish bureaucrat solutions. Included among them are shutting down the remaining baseload coal-fired and nuclear power plants, and relying even more on the power sources that got the country into its current mess in the first place.

And new are restrictions as to when power can be consumed by consumers and industry: Energy rationing and targeted blackouts!

To deal with the power grid instability problems, Germany’s Economics Minister Peter Altmaier presented a draft law that would allow electric utilities “to temporarily cut off the charging power for e-cars when there is once again too little electricity available”, an idea known as “peak smoothing”.

“Shutdowns due to power shortages have been practiced for some time. Aluminum smelters, for example, have to put up with having their power cut off for limited periods of time,” reports Tichys Einblick. “These, like refrigerated storage facilities, consume great amounts. It’s a dangerous game because after three hours the molten metal has solidified and the factory is ruined.”

A law allowing “peak smoothing” has been demanded by power utilities for some time now as they struggle to keep the increasingly wind and solar powered grid from careening out of control and into blackness. This could be done by using targeted blackouts.

And as Tichy Einblick mentions, the increasing number of e-cars on the market will only serve to cause more extreme power demand peaks. Currently Germany is set to make a major push into electric mobility this year.

No electricity for up to 2 hours a day

In the proposed draft law, which has since been recalled because it was deemed so embarrassing, it was written that “controllable consumption facilities” would be able to receive no electricity for up to two hours per day if there was a threat of overloading the grid.

“This includes charging stations for e-cars as well as heat pumps, which can already be temporarily disconnected from the power supply,” reports Tichy.

More burden on the power grid

Currently there are only 33,000 electric car charging points in Germany, a country with over 50 million cars, and the government plans a vast expansion of e-cars in the future, yet isn’t sure what that infrastructure should look like. It’s a policy of going full speed in total blackness, and hoping there won’t be a brick wall in the way.

Tichy comments further: “The German government has recognized that in the future electricity system, it will no longer be possible to satisfy every demand at all times. Therefore, the control of the consumer side should be put on legal feet.” […] “Controllable consumers such as heat pumps, electric heaters and wall-boxes, i.e. charging stations for e-mobiles, would then be switched off variably at times.”

This is the sorry state of Germany’s once highly regarded power grid.