A European power grid disturbance occurred at around 2 p.m. according to the Austrian Power Grid (APG). The normal frequency for Europe is 50 Hz and on Friday afternoon it dropped sharply to 49.75 Hz. 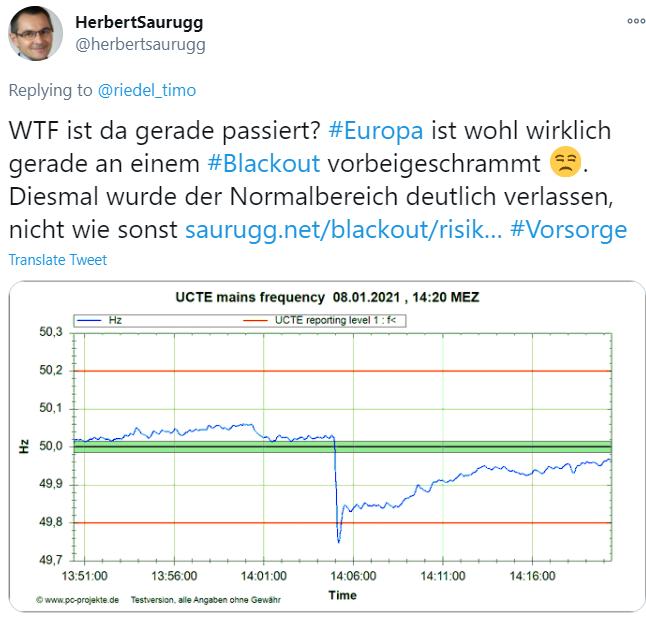 “WTF just happened there? #Europe must have really just scraped past a #blackout. This time the normal range was clearly left, not as usual” (Image cropped from Twitter)

“According to Saurugg, who has been involved in crisis management for years, this is the second most serious incident since the blackout in Europe in 2006, when the shutdown of two high-voltage lines in Germany led to a drop in frequency. As a result, power failed in several European countries. Fortunately, this did not happen on Friday, but it was close.” reported futurezone.

Saurugg added: “Normally, the European power grid is synchronized to compensate for possible fluctuations. If the frequency drops too low, this synchronization will be automatically interrupted. A so-called temporary grid splitting occurs, in which the interconnected grid is divided.”

The cause of the latest disturbance is still under investigation but officials believe it may have occurred in south-eastern Europe.