The month of January has been cooling for 30 years in a number of European regions.

A few days ago we looked at Germany’s mean temperature trend for January, and found that the mid-winter month has been cooling over the past three decades.

Today we move to the North Atlantic and look at the temperature trend for Ireland. First we start with the mean annual temperature at 6 stations for which the Japan Meteorological Agency (JMA) has sufficient data for plotting. 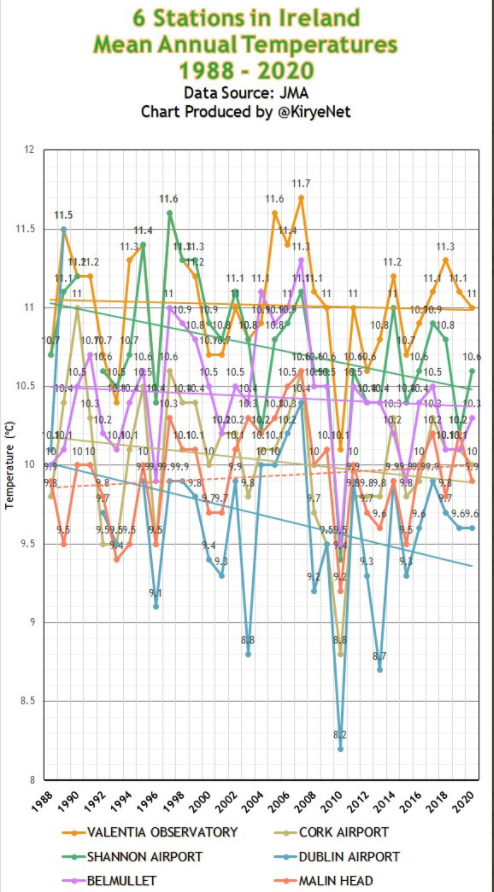 Ireland has been cooling modestly, according to JMA data.

All six stations show no annual warming, or a cooling trend. This doesn’t speak well for those claiming it’s been warming.

Next we examine the January mean temperature trend to see what’s going on in mid-winter in Ireland: 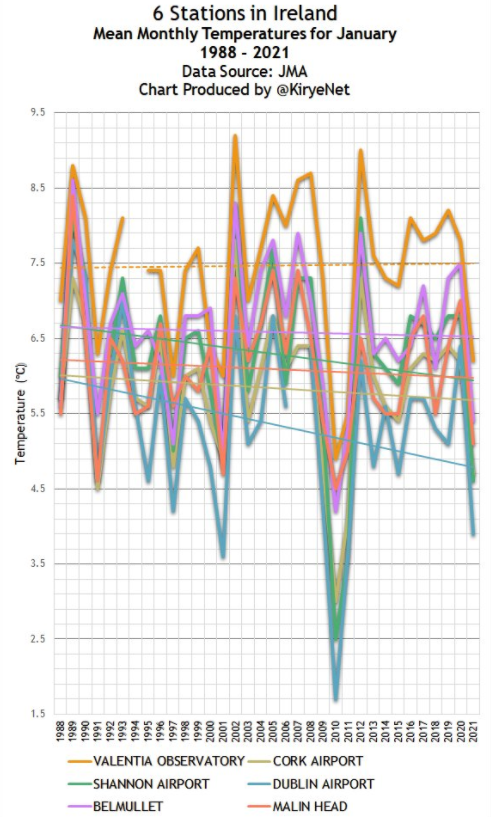 Here as well we see that mid-winter has been cooling a bit over the past 30 years.

Next we look at Denmark and the Faroe Islands (Torshavn, northwest of Scotland). 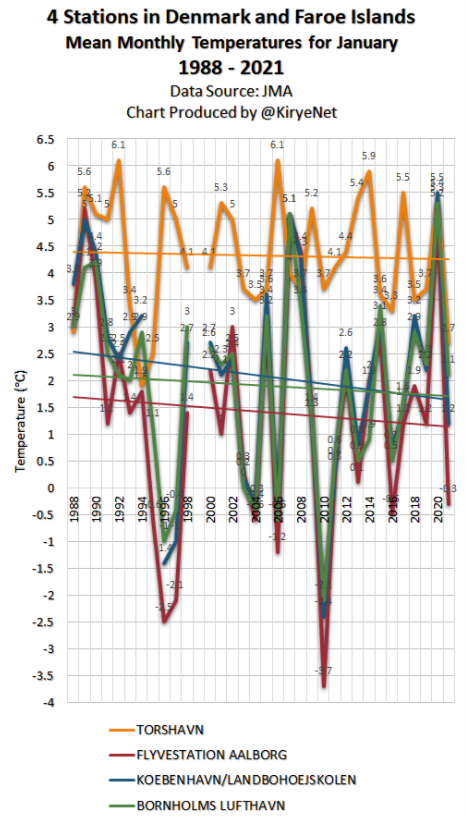 The capital of the Faroe Islands, far up in the North Atlantic, like the other Denmark stations for which the JMA has enough data for plotting, also has seen a cooling trend over the past 30 years.

And like we showed with Germany recently, also Austria has shown an overall cooling trend for the month of January over the past 33 years:

Though many like to claim winters aren’t like they used to be, they might be surprised to hear that it looks like we’re headed back to those cold and snowy winters of the past.