The One Million-Kilometer Frequent Flier – In Just 2 Years: Director Of Environmental Activist Organization! 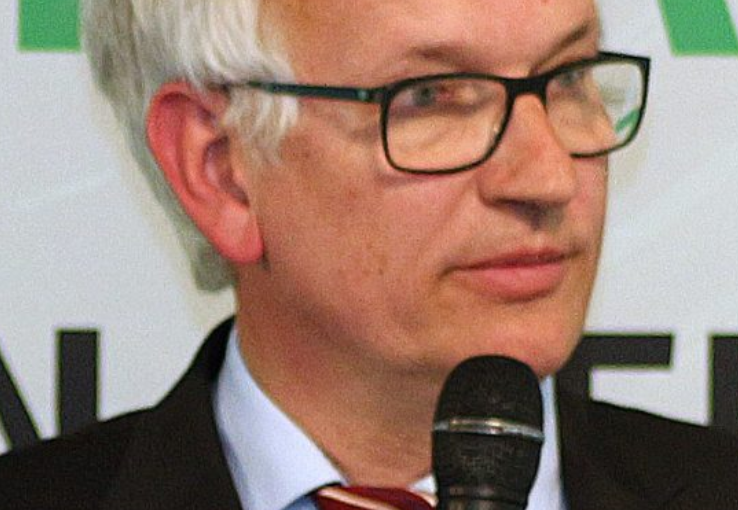 First a little history: The German environmental group DUH is surprisingly old – it was founded already in 1975 and served to raise money for environmental group BUND – the German League for the Environment and Nature Conservation. It employs about 100 people, who make an average of about 49,000 euros a year + benefits and insurances.

DUH offices and branches are located in Berlin, Radolfzell, Hanover, Erfurt, Wolgast (Pomerania) and Köthen (Anhalt). The capital city office is located in a noble building in a prime location at Hackescher Markt 4.

The DUH is very well funded and has been a major player in pushing the German government to enact ridiculously strict limits on nitrogen oxides (NOx) in outdoor air and vilifying the diesel engine and plenty of climate activism.

Funded by government, foundations and corporations

Not only is the organization well funded by the government, but it also receives a number of donations from larger corporations and private foundations. These include the ClimateWorks Foundation, CWF, which in 2014, sent $700,000 from San Francisco to the DUH. One of the most important players at CWF is John Podesta, advisor to Barack Obama and campaign manager for Hillary Clinton.

Toyota has been working with the DUH for 20 years and supports two DUH projects with up to 80,000 € annually. In return, DUH recommends the purchase of Prius and other hybrid models. In 2005, DUH received €100,000 from filter manufacturers.

In 2015 and 2016, a total of 8.1 million euros was earned, which was also spent probably on the lavish salaries and environmentally unfriendly lifestyles. Co-director Jürgen Resch has been with the organization since 1986 and earned so much money at the beginning that he gave up his studies to work for DUH.

1 million kilometers of flying – in 2 years

Resch was even denounced by Der Spiegel in 2007 for his ecological double standards when the magazine noted that the DUH director almost lived at the airport, With Lufthansa he had the highest possible frequent flier status, HON Circle. To be eligible, one only had to fly at least 600,000 miles (almost 1 million kilometers) within two years – equivalent to about 28 circumnavigations of the earth.

According to Spiegel: “Resch justifies his restless flight missions with his participation in international climate conferences and projects. He also has to commute several times a month between the DUH headquarters on Lake Constance and the association’s office in Berlin.”

Resch’s double standard was and is possible without any problems because almost all ecologically-minded people only use the issue for their own purposes and, according to the statistics, usually even have a much greater eco-footprint than the normal taxpayer.

One should not forget that the DUH German Environmental Aid is only the visible tip of the iceberg. The internationally networked alarmist scene in NGOs and the media, the base of the iceberg, is huge.

Posted in Activism, Lifestyles of the Rich and Alarmist | 1 Response

One response to “The One Million-Kilometer Frequent Flier – In Just 2 Years: Director Of Environmental Activist Organization!”