In contrast to alarming claims about rare, 100-year flood events now occurring every few years due to global warming, scientists have determined the exact opposite is more likely true. Not only have flood frequencies declined globally in the last 50 years, but the probability of a 100-year flood event is now so rare it has only been occurring once every 358 years on average since 1970.

According to the IPCC, there has been no clear evidence of a global-scale increase in flood magnitude or frequency in the last century (Hodgkins et al., 2017). 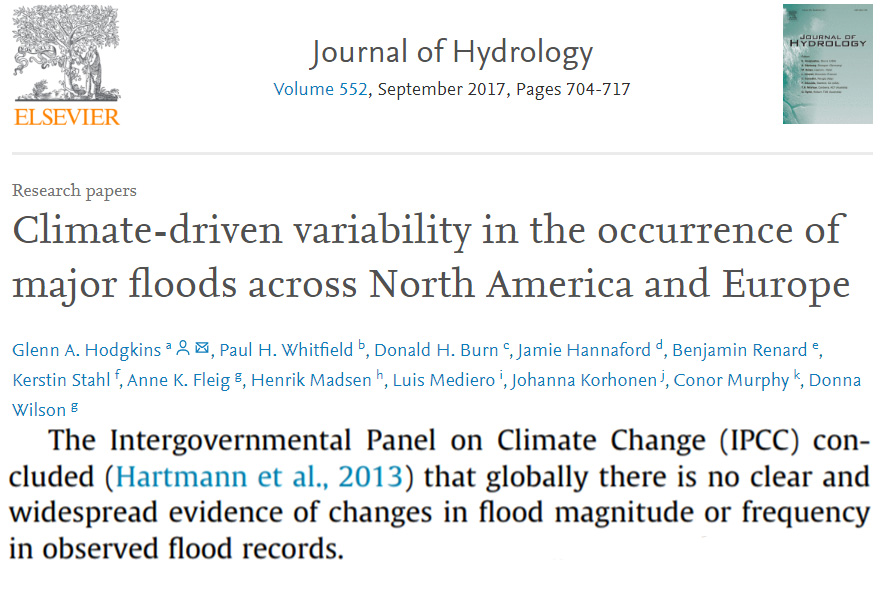 A new study (Slater et al., 2021) suggests claims that flood magnitude, frequency, and probability have been dramatically increasing with global warming can be “misleading” if they use a stationary calculation approach instead of continually updating significant changes over time. These scientists, using “observed annual maximum daily streamflow” records and a “nonstationary approach,” conclude there has been no obvious global-scale trend in 20-, 50-, and 100-year flood magnitude since 1970, with __-year flood events defined as “flows of a given exceedance probability in each year.”

In contrast to the apparent non-significant trends in flood magnitude, the authors find there has been a clear global-scale decrease in both the frequency of flood events and the probability that 20-, 50-, and 100-year flooding will occur in a given year and location.

Considering the tremendous damage associated with flood events, it would appear today’s climate conditions – and the associated reduction in flood frequency and probability – are much more favorable to humans than they were in the 1970s. 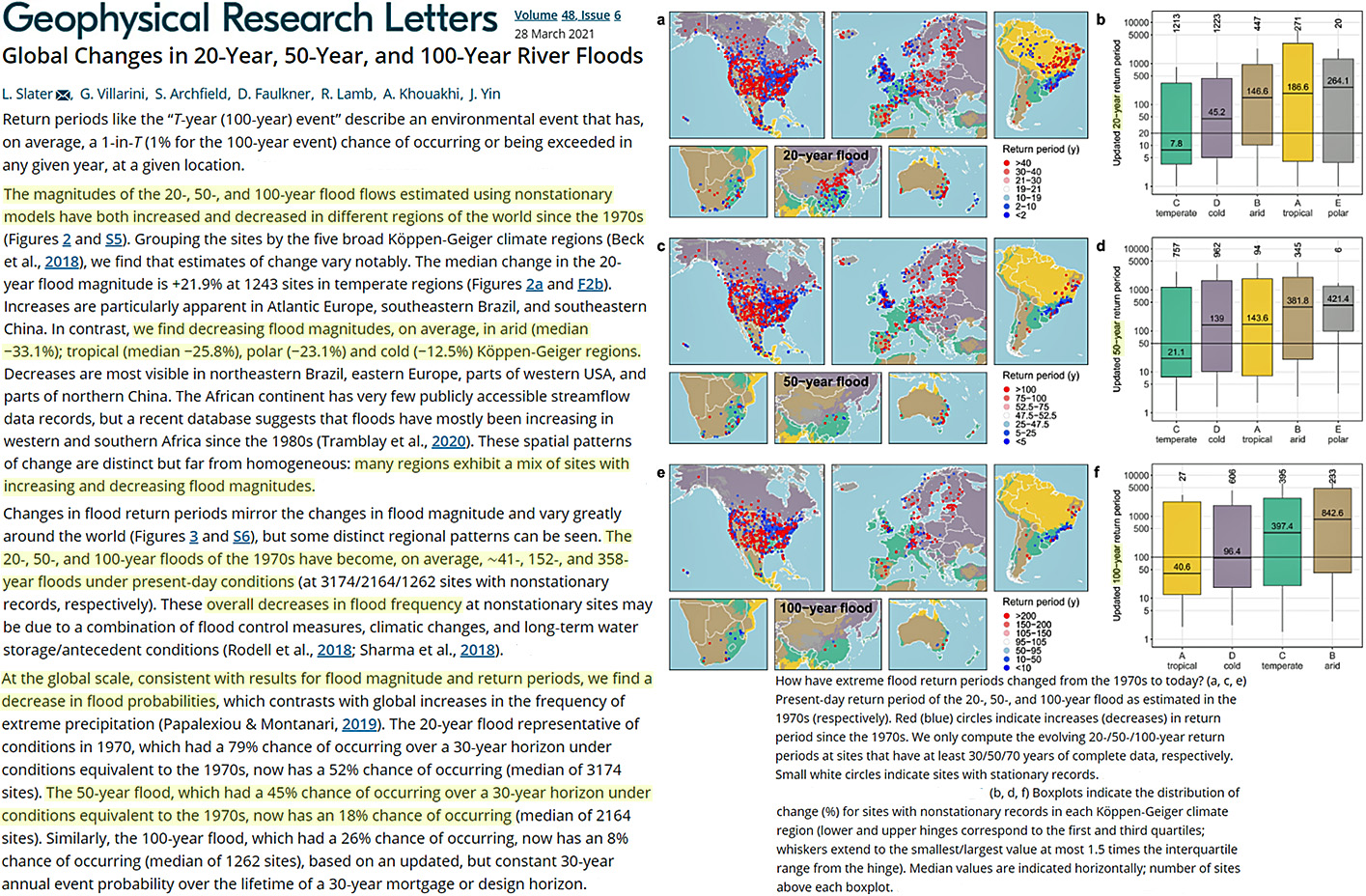 5 responses to “New Study: 100-Year Flood Events Are Globally Decreasing In Frequency And Probability Since 1970”