Scientists have determined the “optimal thermal conditions” for southwestern Greenland were when summer sea surface temperatures averaged about 12°C from 9,000 to 5,500 years ago, which is substantially warmer than modern summer temperatures (4.0-5.2°C) for this region. 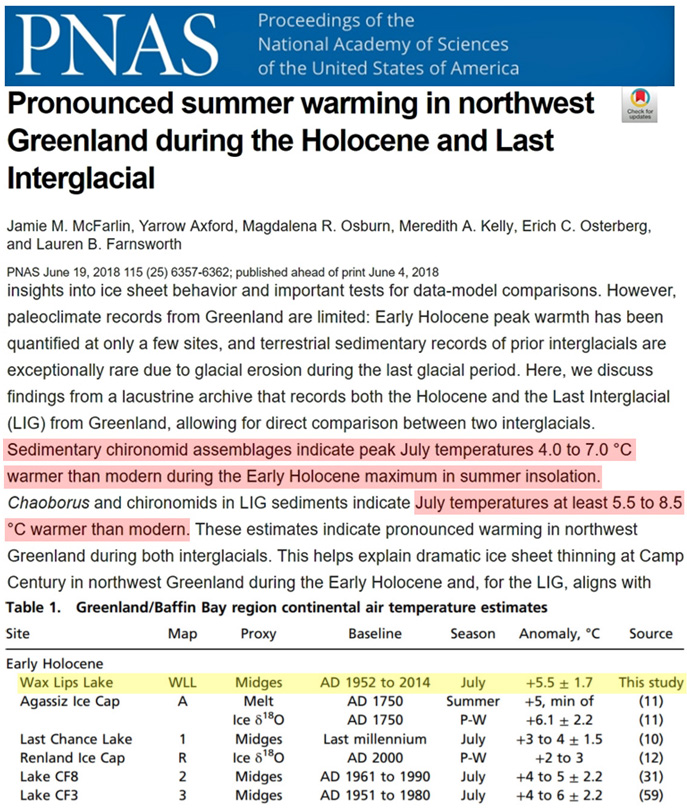 It was likely during the interglacial ~400,000 years ago that northwestern Greenland was so warm the ice piled 1.4 kilometers high today melted to the ground, allowing vegetation to grow in Greenland’s Arctic soil (Christ et al., 2021). At that time, CO2 was also said to be in the “safe” ~275 ppm range. 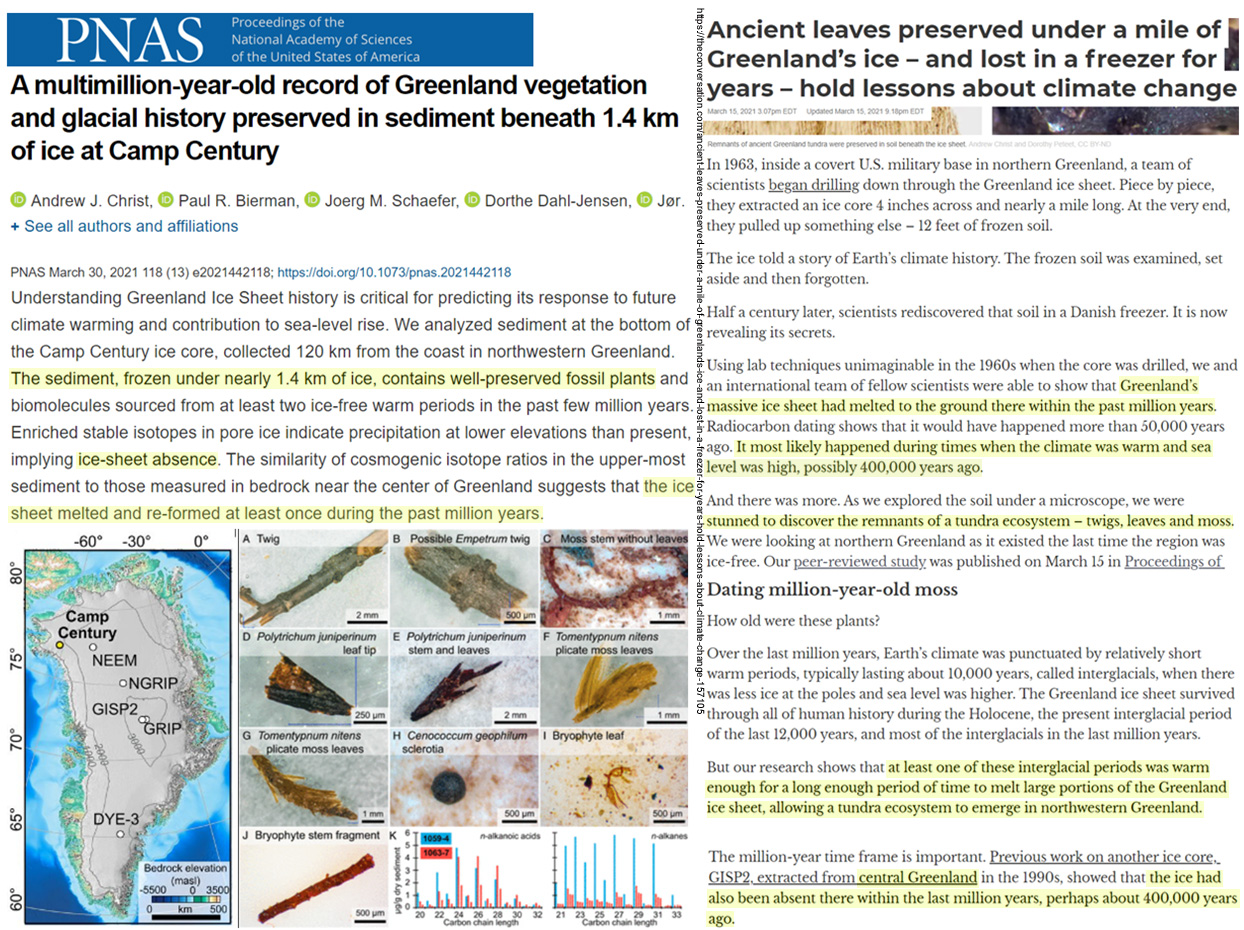 Now a new study (Allen et al., 2021) characterizes “~5°C” as “cold conditions” for summer sea surface temperatures near southwestern Greenland. And at present, with the “summer SST ranging from 4.0-5.2°C,” we are likely experiencing some of the coldest temperatures of the last 10,000 years.

The authors’ reconstruction has “optimal thermal conditions” in surface water temperatures varying around 12°C from about 9,000 to 5,500 years ago. This would indicate summer temperatures were at least 6-7°C warmer than today during these millennia.

Once again, these temperature and ice sheet reconstructions do not support the contention that CO2 concentrations are a driver of Greenland’s climate. 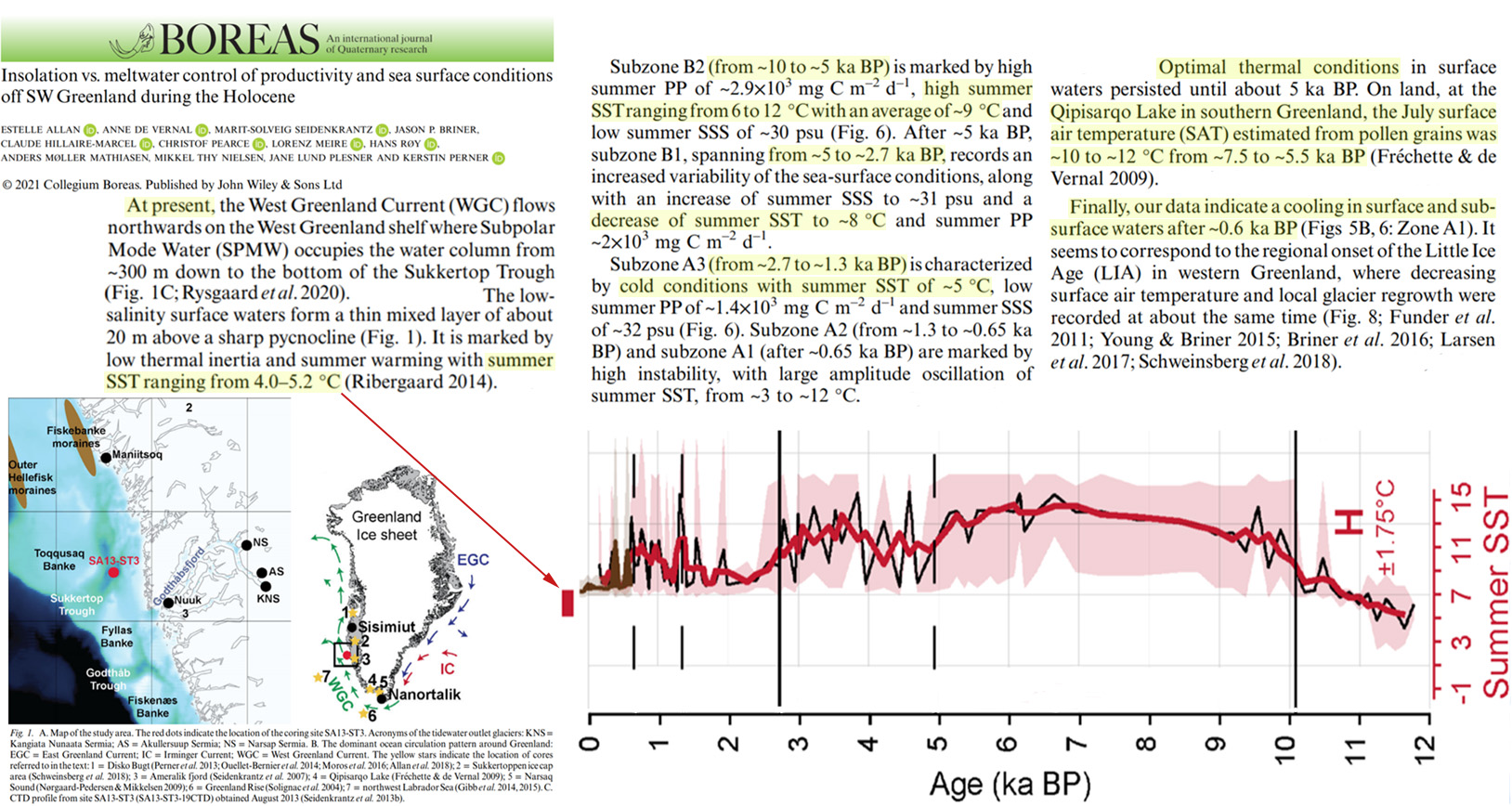