Due to the government mandated coal phase-out, 11 coal-fired power plants with a total capacity of 4.7 GW were shut down on January 1, 2021. But the coal phase-out ended up lasting only 8 days, after which several power plants had to be reconnected to the grid due to a prolonged low-wind period. 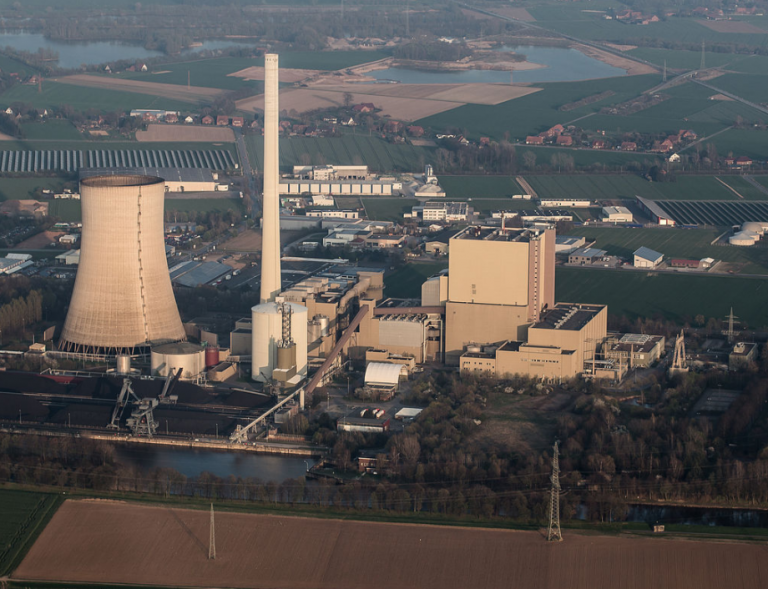 The affected large Heyden power plant had to be restarted six times by the end of February in order to secure the power supply.

The Federal Network Agency has now confirmed that it has reclassified the Heyden, Datteln, Walsum 9 and Westfalen power plants, which had already been shut down, as system-relevant and that they now must remain on standby as reserve power plants. The owners will therefore be required to continue operation in the short term.

Never mind that this sporadic operation of these coal plants is horribly inefficient and costly, as you will find out below.

The large power plants are to primarily provide their rotational energy, i.e. run at full speed but not feed any electricity into the grid. The rotational energy is urgently needed to bridge the time needed by the medium- and peak-load power plants to deliver the missing power to the grid by adjusting the load accordingly. Smaller plants simply have too little flywheel mass to be able to provide this compensation. We described how to stabilize a power grid in more detail in the article “How to stabilize the power grid“. The number of these critical frequency drops has already risen sharply this year.

Consumers have to bear the costs

The Federal Network Agency adds, “The costs for the provision in the grid reserve, as well as for the conversion to a rotating phase shifter, are borne by the power grid customers, as these measures serve the safe and reliable network operation.” It is thus clear that these costs must also be financed through the electricity price.

The planned operational readiness to be able to provide only the flywheel mass in critical situations as a rotating phase shifter is an economic disaster for the operators. Because these have the costs for the facility and the maintenance of the plants and practically no incomes, since for the bridging with net frequency dips only a current feed in the range of some seconds and/or few minutes takes place. So you then have to subsidize these plants. This is paradoxical, because these power plants have generated the cheapest electricity to date and have managed without subsidies. That’s also why we now have the most expensive electricity in the world.

The German government has allowed itself to be politically driven by Fridays-for-Future protests and other NGOs and has rushed the coal phase-out. The coal commission that decided on the phase-out neither included power grid experts nor power producer representatives.

More plants to be taken off the grid

But not enough green energy plants will be added

The planned new construction of green power plants will not even come close to offsetting this output. Should the electricity demand, after the Corona lockdown, rises again to the level of 2019, it will be suspenseful, especially during the coming winter. Because there will then be a shortfall of between 10% and 15% in capacity on the generation side.
Some people will then have to learn that the laws of physics apply – even if they don’t understand them.

A blackout is only a matter of time, so prepare yourself early.