Analyzing the cyclic nature of solar activity, leading scientists suggest a solar minimum is set to persist until 2050.

It’s important to estimate the features of the next solar cycle because they serve to improve preparedness in space exploration and minimizing risks in technological and sociological activities.

The ability to understand historical solar magnetic parameters more accurately, beyond the highly dominant 11-year cycle, is a key to estimating solar variability, researchers say. Moreover, a number of scientists believe there is a clear link between solar activity and climatic patterns in terms of precipitation and temperature worldwide.

A new study appearing in the Journal Advancing in Space Research by Herrera et al forecasts that the upcoming solar cycle 25 (SC 25) will be a weak one with a peak annual sunspot number (SSN) of 95 and a probable range of 80–115 between 2023 and 2025. 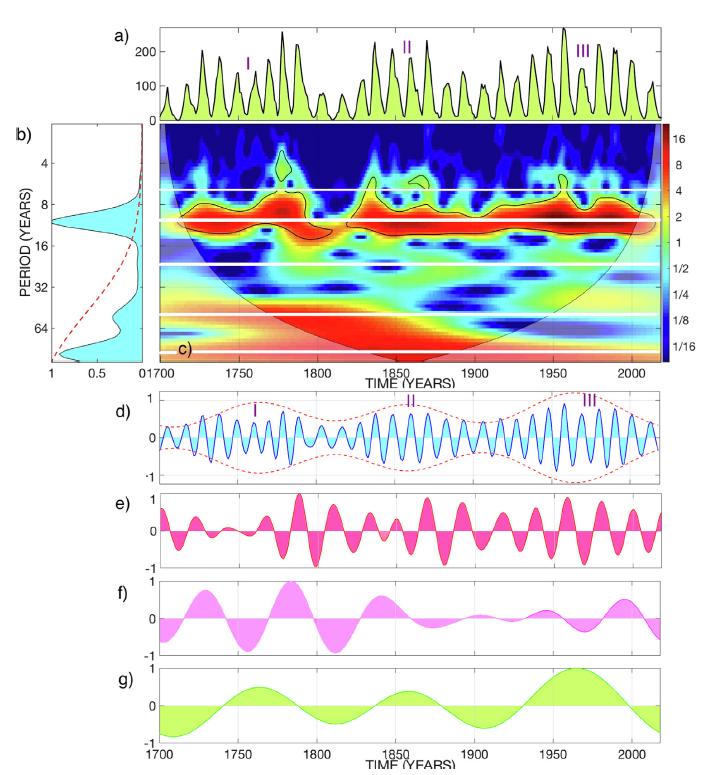 “We found that the variability in the ~11-year Sunspot Cycle is closely connected with 120-year oscillatory magnetic activity variations,” the authors summarized.  “In addition, our ML model forecasts a new phase of extended solar minima that began prior to Sunspot Cycle 24 (ca. 2008–2019) and will persist until Sunspot Cycle 27 (ca. 2050 or so).”

This means there’s a high likelihood that we will find out if the Earth’s climatic changes are indeed in large part linked to solar activity – as a number of scientists worldwide claim.

Dr. Willie Soon, a co-author of the paper, commented by email that although their paper did not set out to address the question of the sun-climate connection, two consequence are imminent should solar activity remain weak as they forecast:

First the good news is that we can be at a lower risk of any major solar storms shutting down the electromagnetic communications and even electricity generation and transmission.

However, a persistently weaker and dimmer Sun will also likely bring forth unwelcome meteorological and climatic consequences in which humanity must be fully prepared for.”

Looking at the history of solar activity and the Earth’s climate change, the odds are better than even that these scientists will be proven correct. This has been evidenced by hundreds of papers. Also see here.