The 44th climate report by Die kalte Sonne here looks at the CO2 intake by the Southern Ocean, which absorbs about a tenth of man’s CO2 emissions.

A new study by a team of climate researchers from the University of Bern in Switzerland published at the end of April, 2021, found that the Southern Ocean is in fact absorbing more CO2 than previously thought, thus casting current models into doubt. 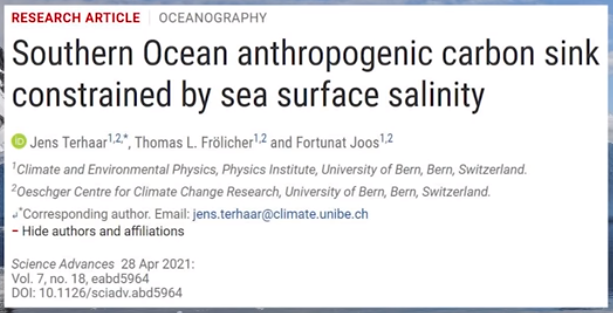 According to the study, the south polar sea absorbs 15% more CO2 than originally believed. The salt content of the water at the surface is higher and thus heavier, which means it sinks deeper and brings with it more CO2 as it sinks.

“Earlier models neglected this,” says Die kalte Sonne. “The Bern researchers calibrated their models using measurements from the south polar sea and realized that earlier models accounted for too little salinity for the surface of the Southern Ocean.” 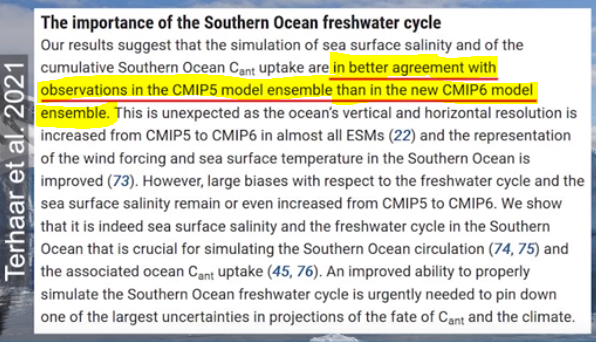 In the same study the authors found that the Southern Ocean sea surface salinity CO2 uptake results “are in better agreement with observations in the CMIP5 model ensemble than in the new CMIP6 model ensemble.”

“This is unexpected,” the authors state.

What does that imply?

Die kalte Sonne concludes: “The climate models are still very much under construction.” That would mean that model projections are still fraught with huge uncertainty and cannot be relied on.