Browse: Home / 2021 / July / 08 / The USA’s Rocky Mountains Have Not Been Cooperating With The Global Warming Narrative

There has been no net warming in the Rocky Mountains in the last 500 years. 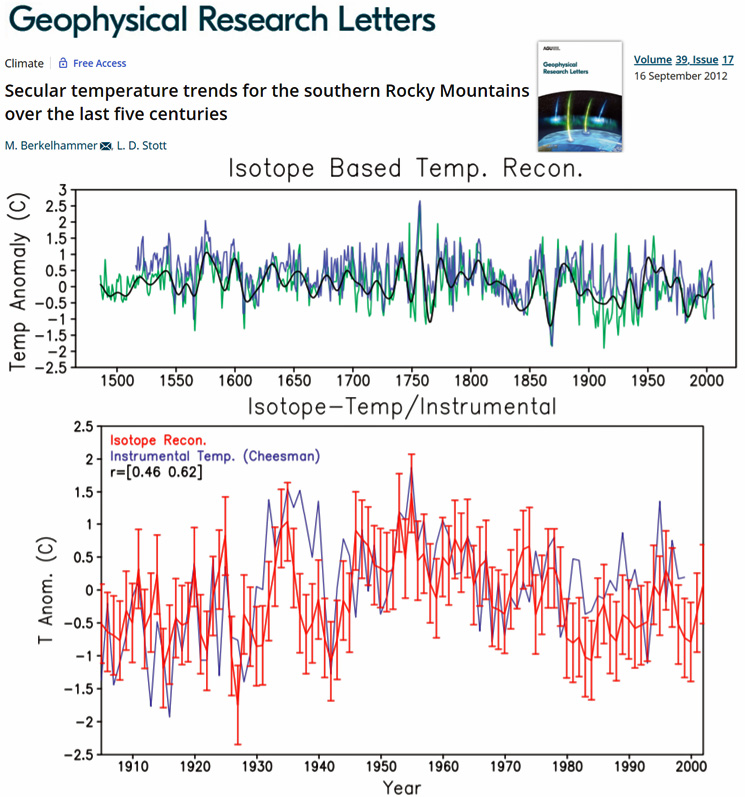 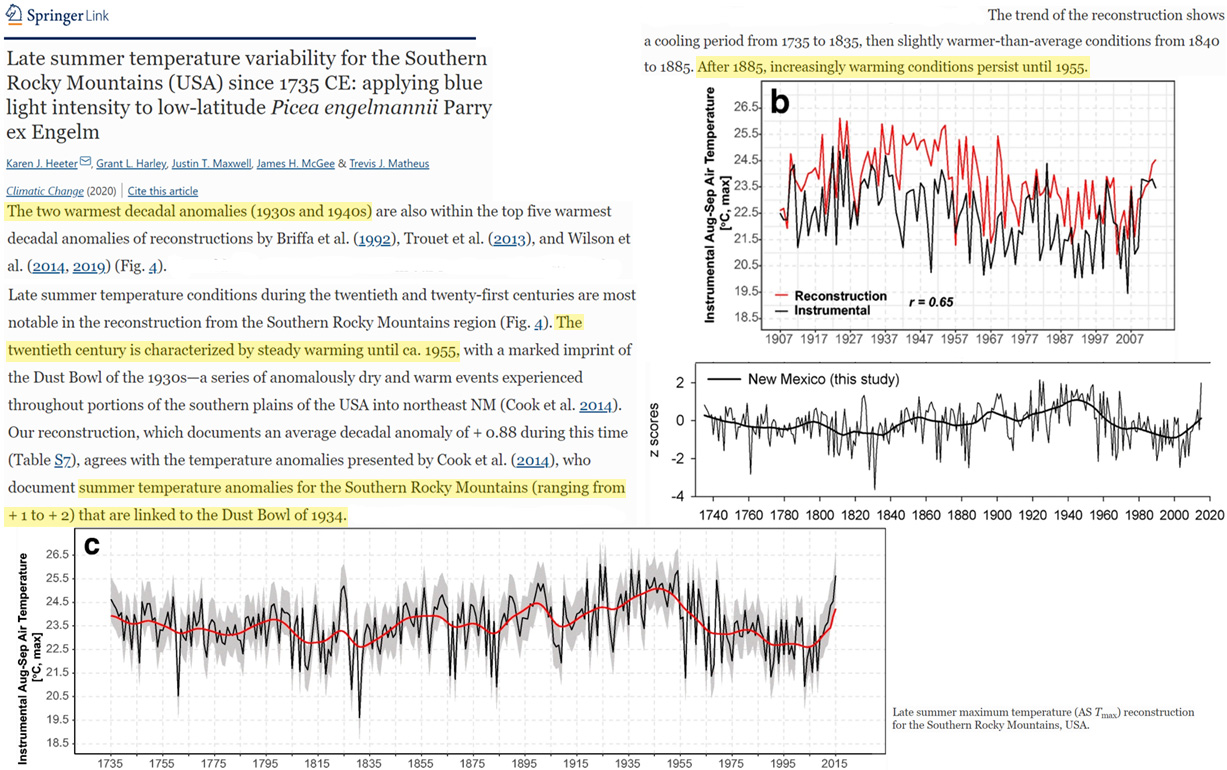 The northern Rocky Mountains were also as-warm or warmer during the 1600s and 1700s with no unusual recent warming (Kipfmueller, 2008). 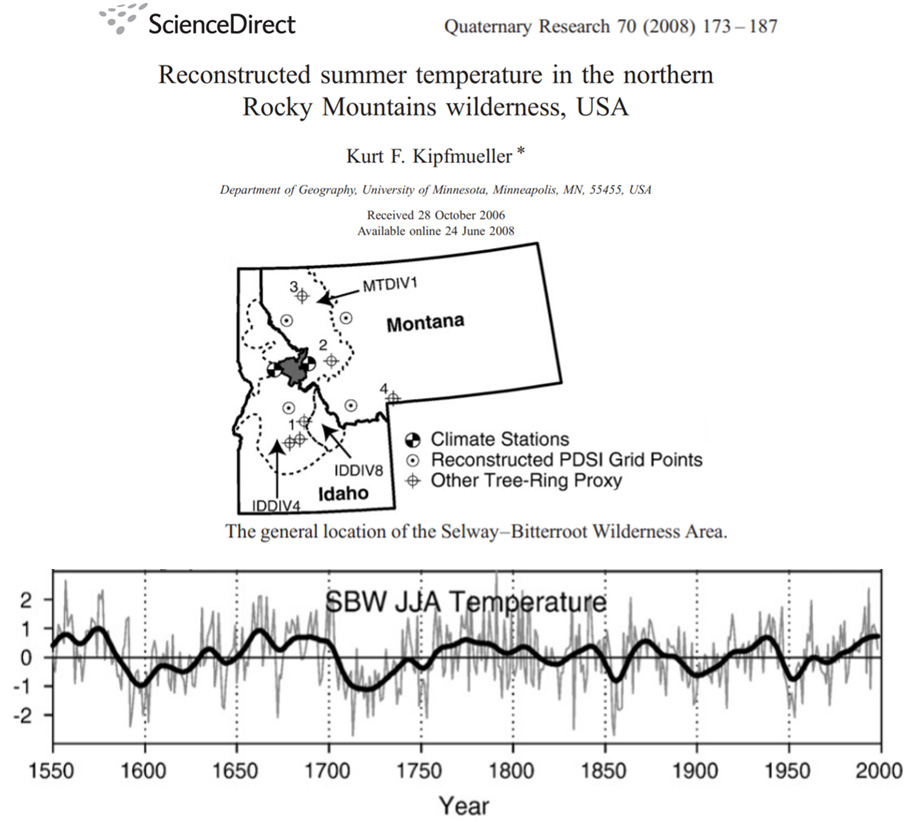 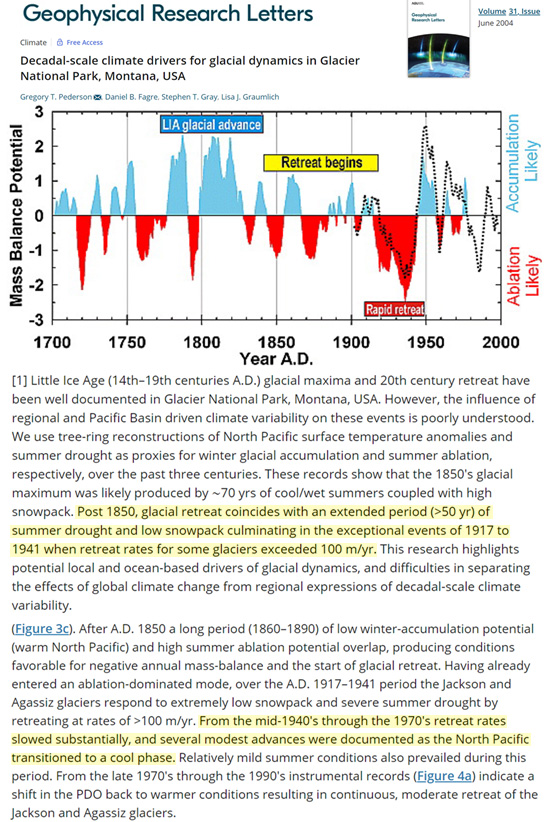 The press release for a new study by the very same authors of last year’s reconstruction of southern Rocky temperatures screams that the northern Rockies are now “hotter than ever.” However, the temperature record from the study itself shows ~2°C cooling from 1940-1970 and a more sustained warm temperatures during Medieval times and especially the late 1500s to early 1600s. 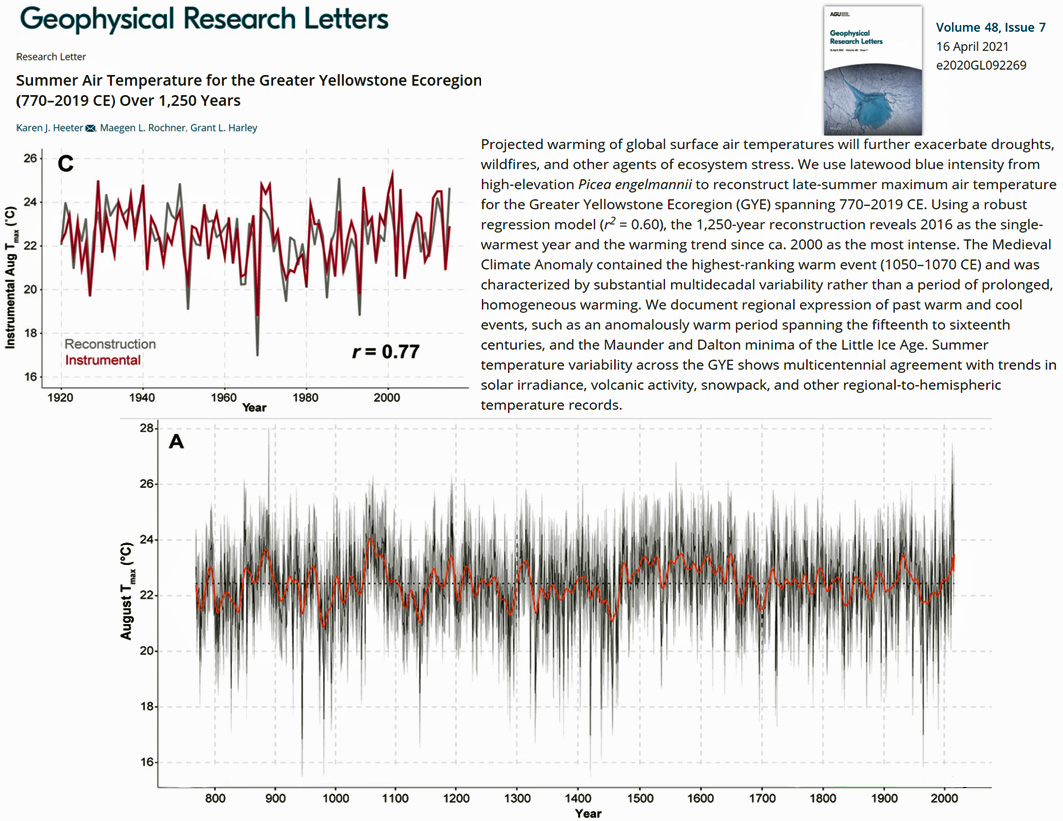