Exposed moss and willow shrubs buried beneath today’s receding East Greenland glaciers can be dated to 400 to 500 years ago, suggesting this period (the early Little Ice Age) was as-warm or warmer than today. 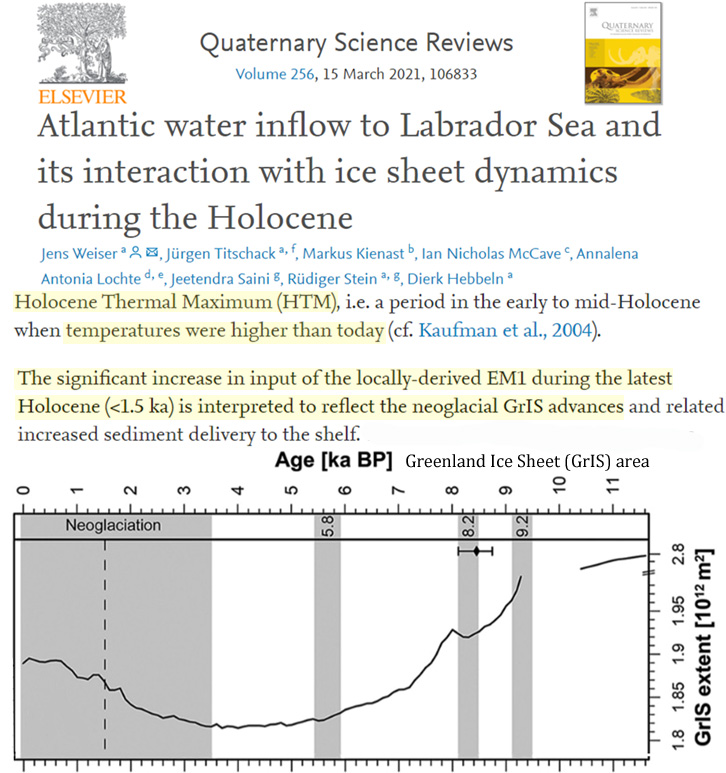 What may not yet be widely accepted is the conclusion that the modern temperatures and ice extent still fall within the range of a Holocene “cold stage” rather than a warm stage.

A new study documents a much warmer-than-today Early and Middle Holocene in East Greenland, a time when ice caps were “absent” or far less extensive than they are presently. Plant remains buried under retreating glaciers in East Greenland affirm these locations were not covered in glaciers as recently as 400 to 500 years ago.

But the authors also report there were occasionally brief “cold stages” during the Holocene when Greenland’s glacier extent advanced to today’s levels.

“…Renland Ice Cap briefly reach[ed] extents during cold phases that may have been similar to today.”

This suggests that the modern temperatures and ice volumes fall within the range of a “cold stage” too.