Has anyone ever wondered why many Swedes like going south for their summer holidays?

Today to answer that question, we look at the July, 2021, mean temperature data for the stations in northern Europe for which the Japan Meteorological Agency (JMA) have enough data.

Remember, global warming is said to be most visible at the far northern and Arctic regions, so northern Europe in places like Scandinavia should be showing signs of warming over the past 2 decades. But that isn’t the case.

All the plotted data below are from the Japan Meteorological Agency.

First we look at the mean July temperatures at 6 stations in Sweden, home of global warming alarmist teenager, Greta Thunberg: 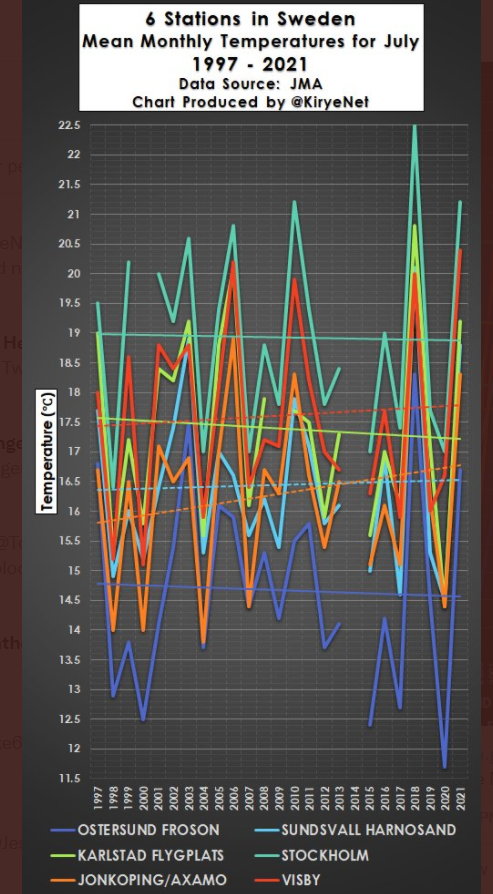 Since July 1997, three of 6 stations have shown no warming. Taken altogether, midsummer in Sweden is showing nothing unusual happening in terms of mean temperature.

The JMA has sufficient data for meaningful plots for 11 stations in Norway, Greta Thunberg’s neighbor to the west, which is located next to the far northern Atlantic and Arctic oceans: 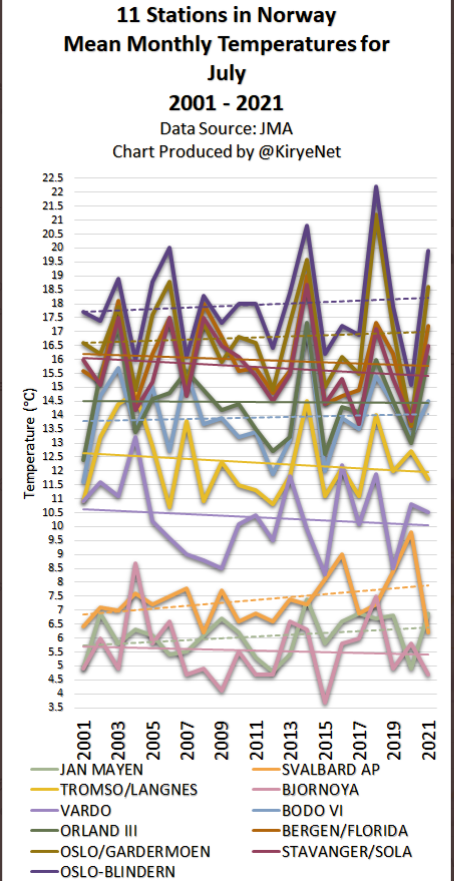 Here as well we see nothing unusual going on, except that it is not warming up as predicted.

Six of 11 stations saw no July warming in Norway in 2021, going back 20 years. There is no reason to panic. Panic, by the way, is what lets them control populations. By not panicking, you’ll get the alarmists to panic about losing hold on their panic-based power.

Tabulating the data from the 6 stations for which the JMA has sufficient data for meaningful plots, Finland also has seen no notable mid-summer warming in almost a quarter century: 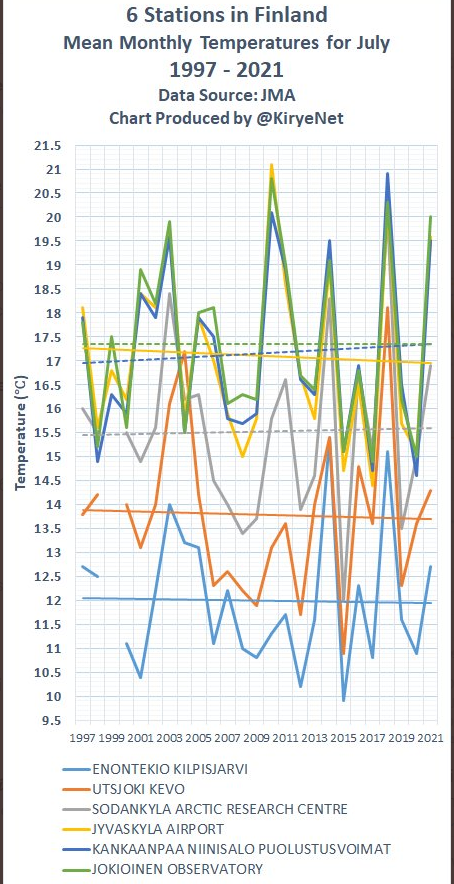 Four of 6 stations in Finland show cooling or no meaningful July warming at all. Taken altogether, there’s probably in fact a slight amount of cooling in July.

As readers will note, mean July temperatures over northern Europe are usually deep into the teens Celsius, meaning Greta can expect having to always keep warm clothing at hand year-round – for the rest of her life.