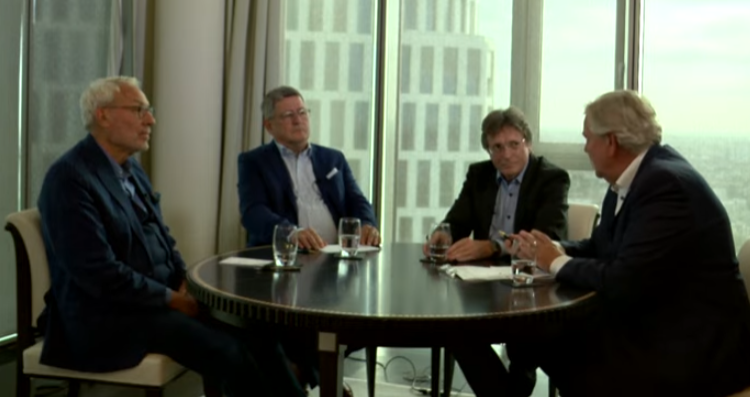 Currently Germany is struggling with its Energiewende (transition to renewable energies) as it moves to phase out its nuclear and coal fired power plants. This transition, however, is threatening to lead to major power shortages as random wind and sun are proving to be unreliable in terms of supply steadiness.

“We are heading for a catastrophic state of emergency.” Vahrenholt says in the round, and that this is so even without accounting for moving to electric mobility. He also thinks that Germans will need to brace themselves for a tripling of electricity prices, and wonders if the proponents of green energies are out of their minds.

On shutting down the baseload capacity from nuclear and coal and relying instead on wind and sun, Vahrenholt warns: “It’s going to take two to three years; these are going to be very difficult years. We are going to have to cross a very deep valley of energy shortages.”

Power plant expert Frank Hennig told “more gas is being burned to produce power” as wind and solar are failing to meet demand. Hennig predicts there will be power shortages due to the shutdown of the nuclear and coal power plants.” He sees even more problems with wind power: “Even if there is wind, wind turbines may shade each other.” He warns that it is impossible to meet Germany’s electricity needs in this way.

The power shortages in Germany risk becoming so acute that converting over to electric mobility will be nothing more than a fantasy. “When it comes to e-cars, the top manager of VW can forget it,” Vahrenholt says. ”  There isn’t going to be any electricity for it. The power isn’t going to be there!”

Albert Duin calls the German plan “madness” and thinks German politicians have no overview at all of what electrical power is. “We Germans really believe that when we switch off the nuclear power plants we will be able to replace them with a randomly occurring — totally random — sun and wind. You really have to be stupid to believe something like that. It doesn’t work!”

Currently all the German party leaders, who are expected to be a part of the new upcoming coalition government, believe Germany will be able to meet its electricity needs by covering 2% of Germany’s land area with wind parks, an idea that the experts at Tichy’s discussion round find absurd. Vahrenholt calls the whole idea as made up as Annalena Baerbock’s resumè, and points out the politicians here are grossly fudging the numbers. 50% of Germany’s area would be needed when calculated realistically.

All three experts agree that German politicians are not dealing with reality and not telling the truth because they are afraid of the climate narrative, which has become a religion in Germany that cannot ever be challenged.