A new study indicates that from 4,000 years ago until as recently as 1,500 years ago, or when CO2 levels ranged between 255 and 270 ppm, lake levels in Antarctica were as high as 60 meters above today’s levels. This coincided with “warmer-than-modern paleoclimate throughout the Holocene.”

During the last 2,000 years, Antarctica’s temperatures have been steadily cooling (Zhang et al., 2021). 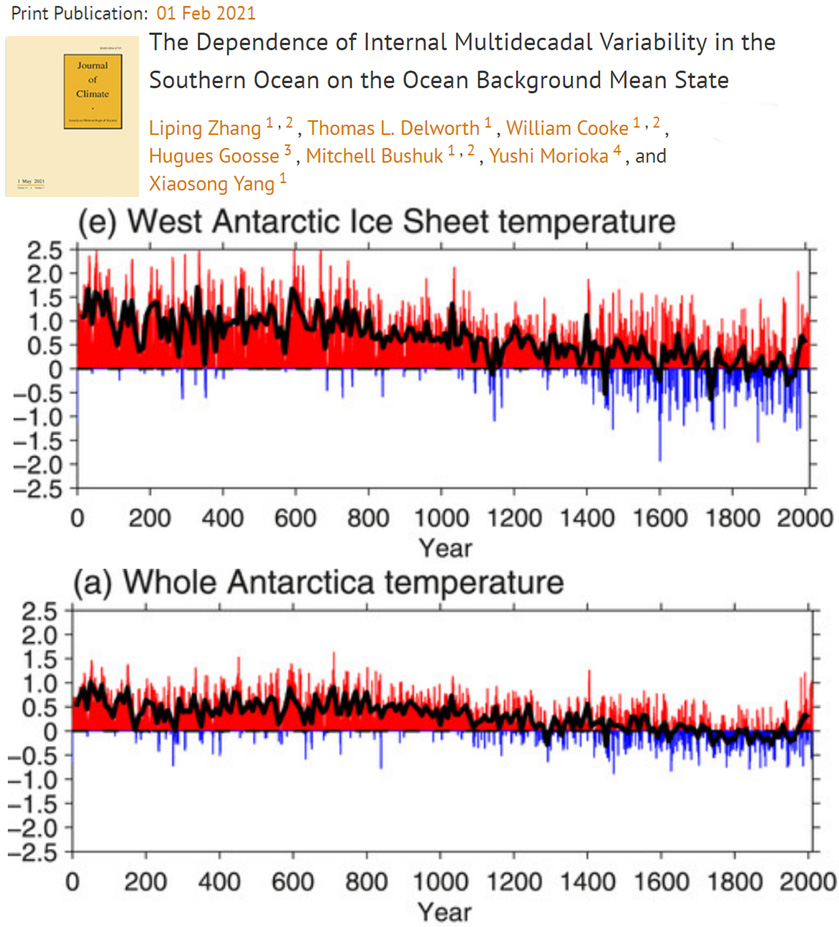 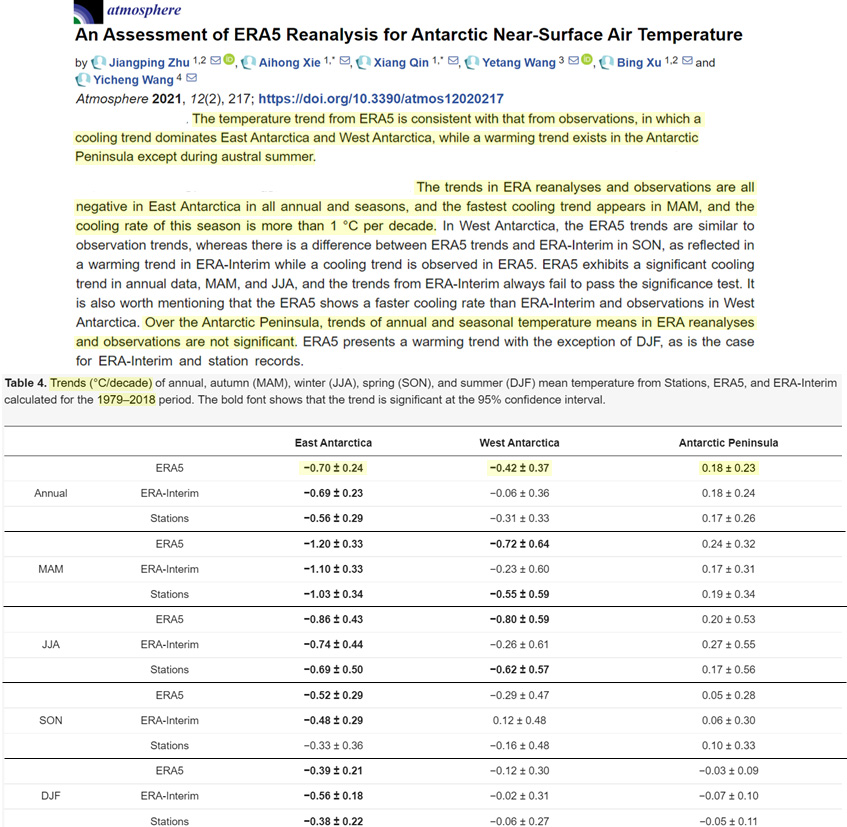 From 12,000 to 2,000 years before present, Antarctica was up to 5°C warmer than it is today before cooling down to today’s levels. Regional lakes were as much as 60 meters higher than present until as recently as 1,500 years ago.

“Resistivity data suggest that active permafrost formation has been ongoing since the onset of lake drainage and that as recently as 1500–4000 years BP, lake levels were over 60 m higher than present. This coincides with a warmer-than-modern paleoclimate throughout the Holocene inferred by the nearby Taylor Dome ice core record. Our results indicate Mid to Late Holocene lake level high stands, which runs counter to previous research finding a colder and drier era with little hydrologic activity throughout the last 5000 years.” 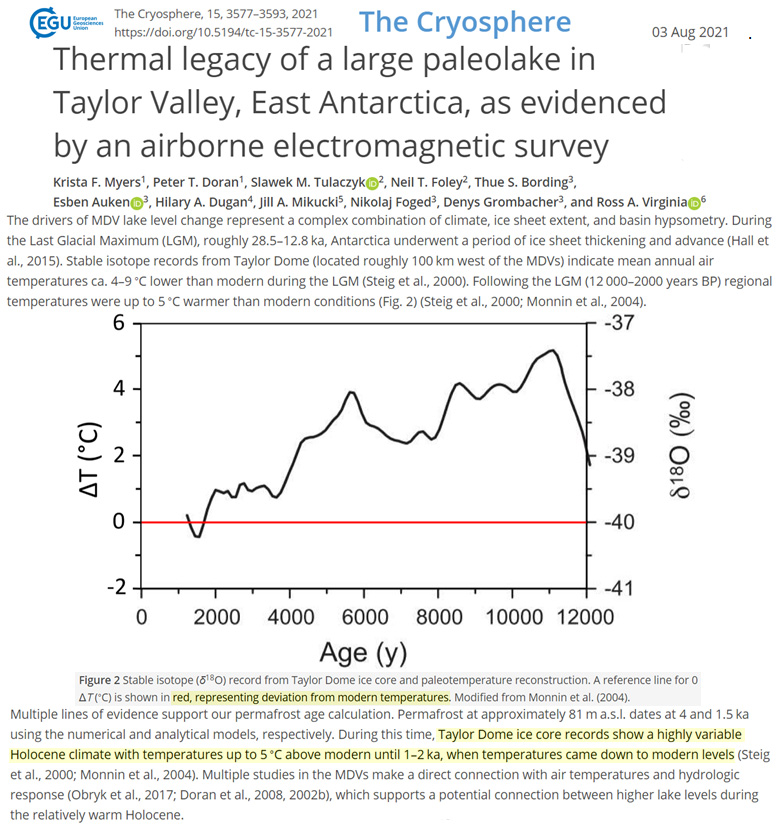 About 1,000 years ago (i.e., the Medieval Warm Period) Antarctica was “substantially warmer than present” and the Southern Ocean waters were ice-free enough that elephant seals could breed in the Ross Sea, or near the coast of south-central Antarctica’s Victoria Land. 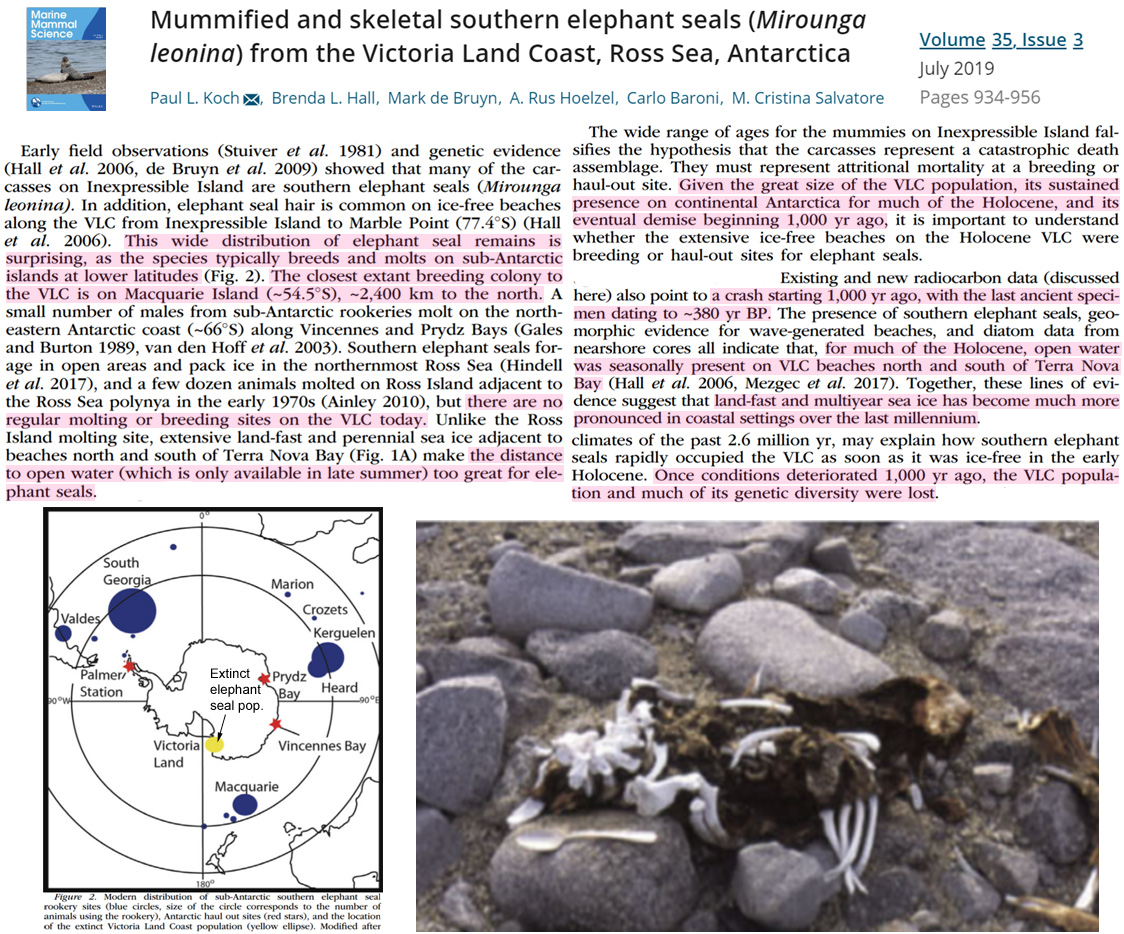 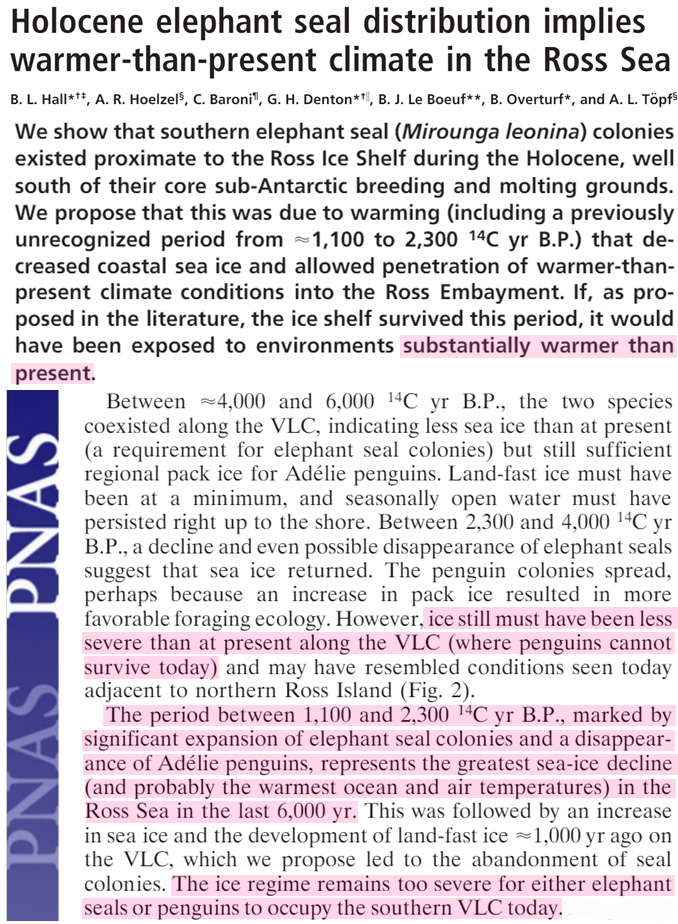 It would appear that none of the Holocene and modern temperature trends in Antarctica are consistent a CO2-driven climate. In fact, an anti-correlation pattern has seemed to emerge: Antarctica cools as CO2 levels rise.