The Greenland end-of-melt-season snowline should presumably be exhibiting a trend consistent with consequential Greenland ice sheet melt, especially an increase in the bare ice area. Yet, consistent with the recent non-warming trend for Greenland, there has been no statistically significant linear trend in these key climate change metrics.

And yet in the last 20 years of alleged “staggering” and “stunning, dangerous” Greenland ice sheet melt, there has effectively been no net change in this rudimentary metric.

Scientists have needed to admit that neither the end-of-melt-season snowline nor observations of bare ice extent “exhibits a statistically significant trend over the entire study period [2001-2017]” (Ryan et al., 2019). 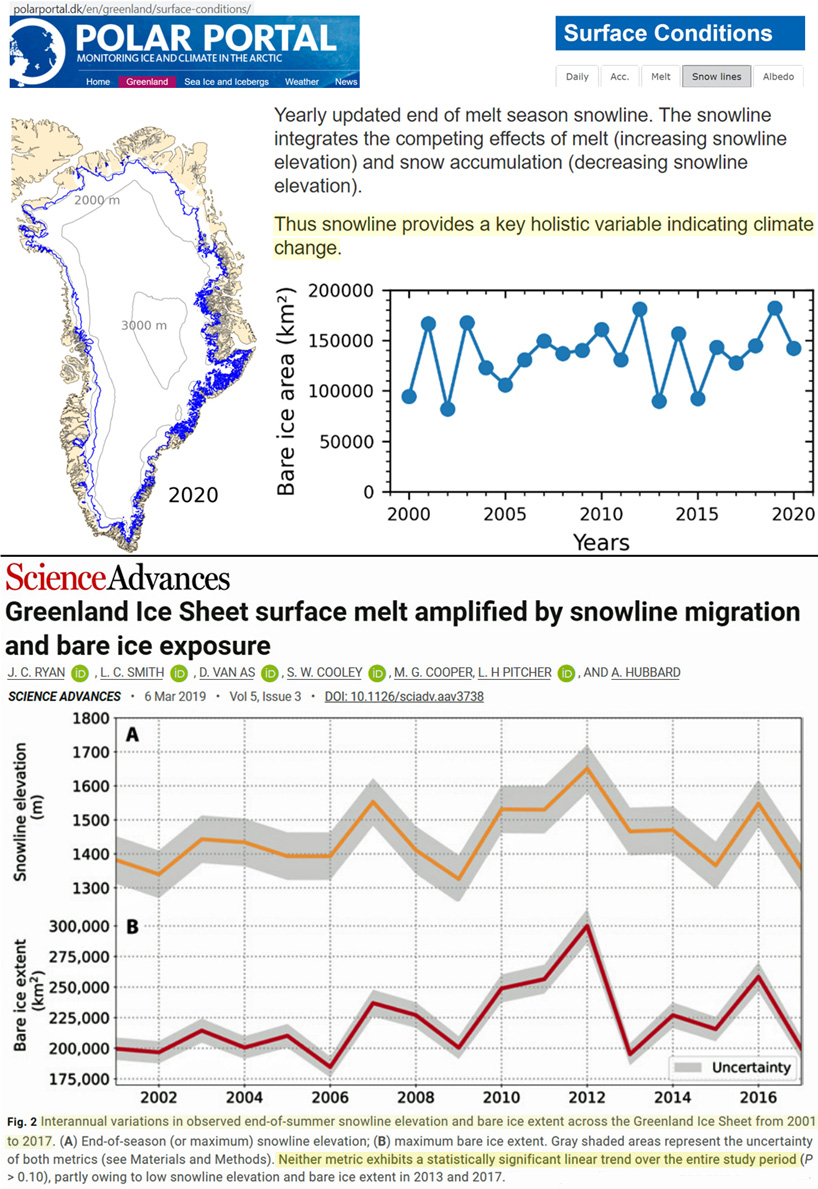 The lack of any statistically significant trends in snowline or bare ice area is consistent with the flat to declining temperature trends for Greenland this century, or from 2001-2019.

Hanna and colleagues (2021) document “a cooling pattern over the last 6-7 years” for Greenland that has offset or overwhelmed any warming pattern from 2001-2012. Notice that the clear majority of temperature stations have been cooling in all 4 seasons since 2001. 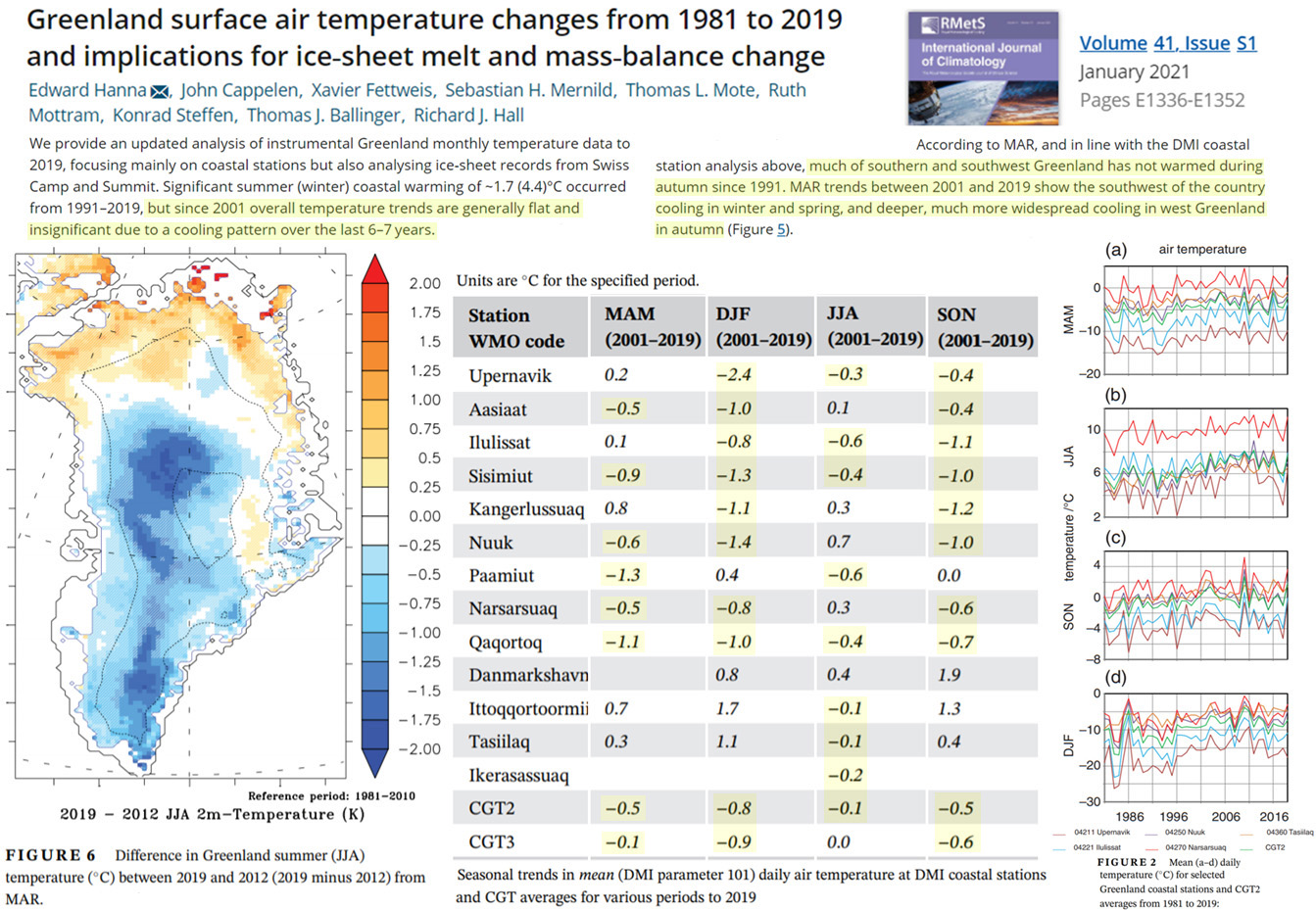 The long-term Greenland temperature record also indicates no net Greenland warming not only in the 21st century but since the as-warm or warmer 1930s (Nagatsuka et al., 2021, Ballinger et al., 2021).

Perhaps Greenland will cooperate with the anthropogenic global warming narrative at some point in the future. 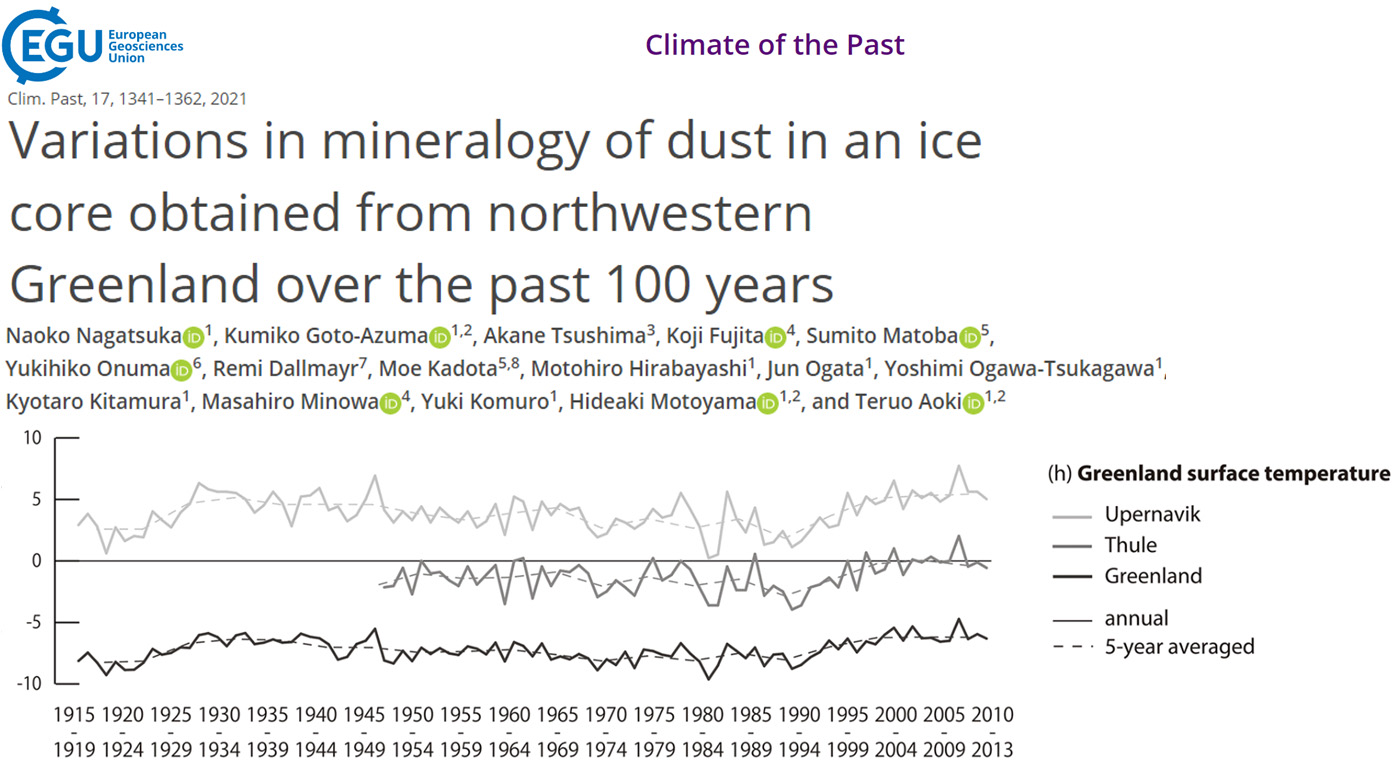 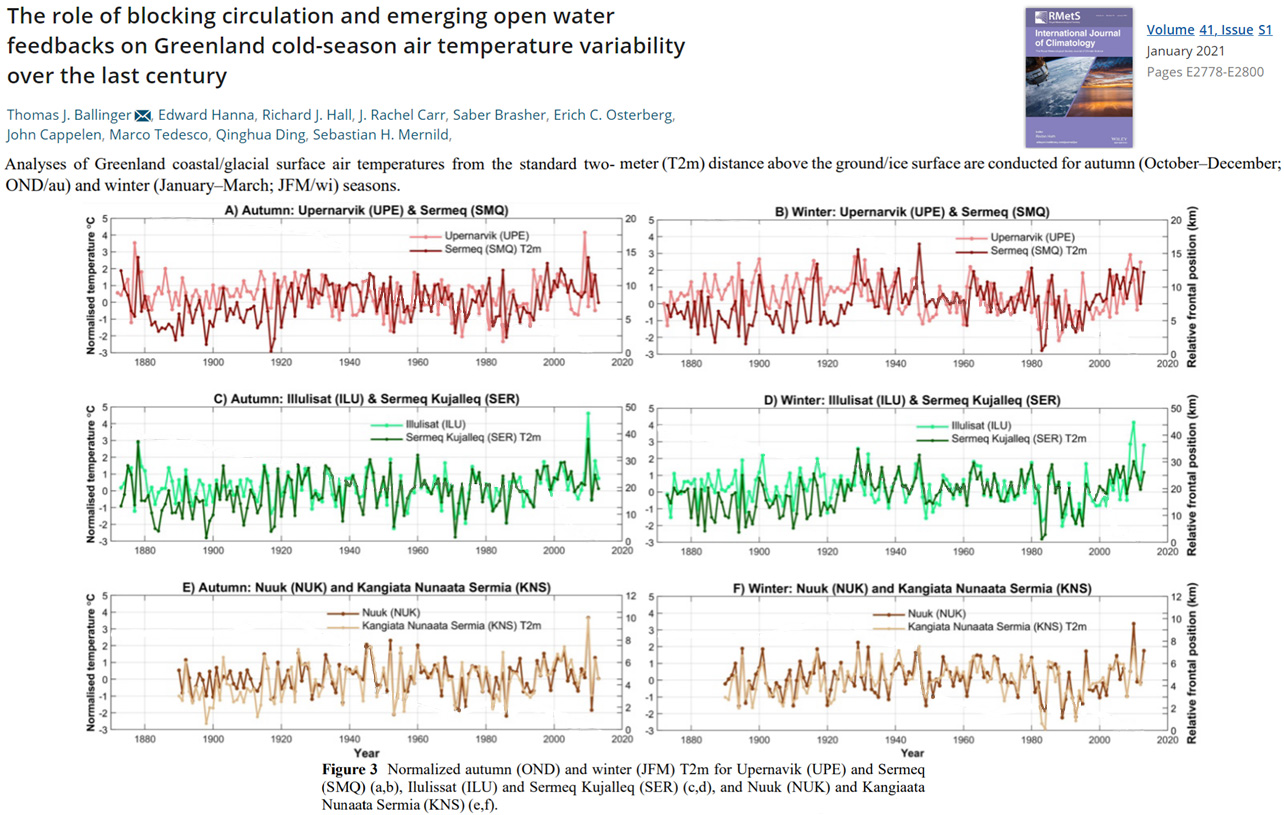