In terms of temperature, nothing alarming is happening in Sweden in the season of autumn.

The Japan Meteorological Agency (JMA) has released the Sweden mean temperature data for November, which also means we are able to look at the fall seasonal trends as well.

First we look at the November trends from 6 stations in Sweden, for which the JMA has enough data to allow adequate plotting. since 1999: 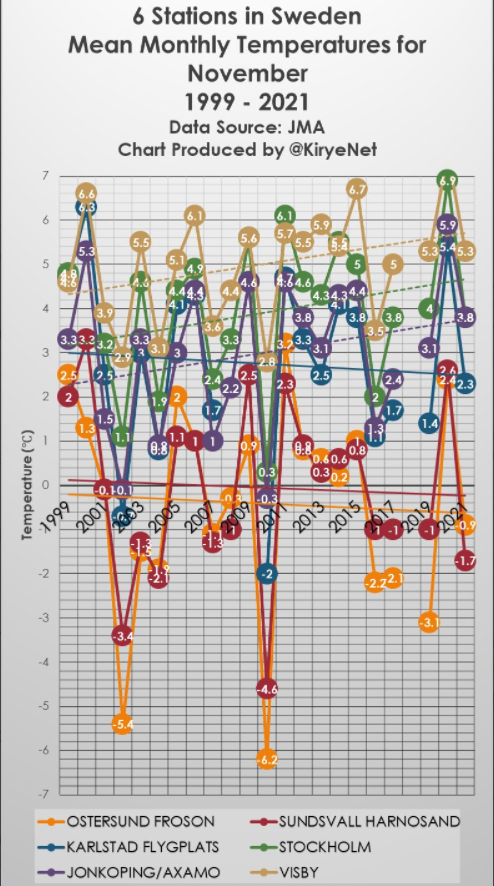 Interestingly November mean temperatures have risen at the three stations located in southern Sweden. But those further north show a cooling trend. Overall, November in Sweden probably has warmed modestly. That of course doesn’t mean it’s been due to man.

Next we look at the fall (Sep-Oct-Nov) seasonal mean temperature trends for Sweden since 1999 using the (unaltered) JMA data.

Unfortunately the JMA data over the past decade have been incomplete, and so really robust conclusions on autumn trends since 1999 are not possible using the dataset. But it can give us an idea of what’s going on: 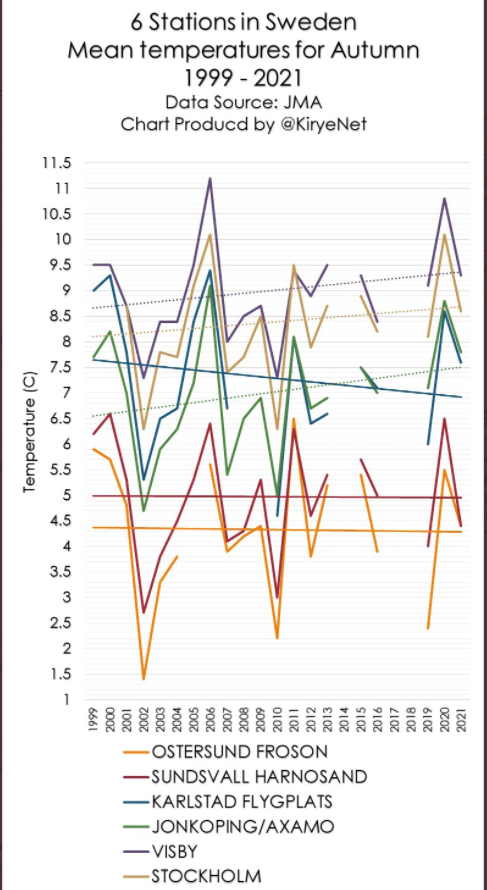 Three of six stations in Sweden have seen a modest cooling fall trend. The other three have seen warming.

All in all, there’s nothing dramatic happening in this Scandinavian country climatewise in the fall. There’s nothing that would indicate a catastrophic warming of the sort the alarmists like to holler about.