Stefani forecasts less than 1°C warming by 2100 even without CO2 mitigation policies. 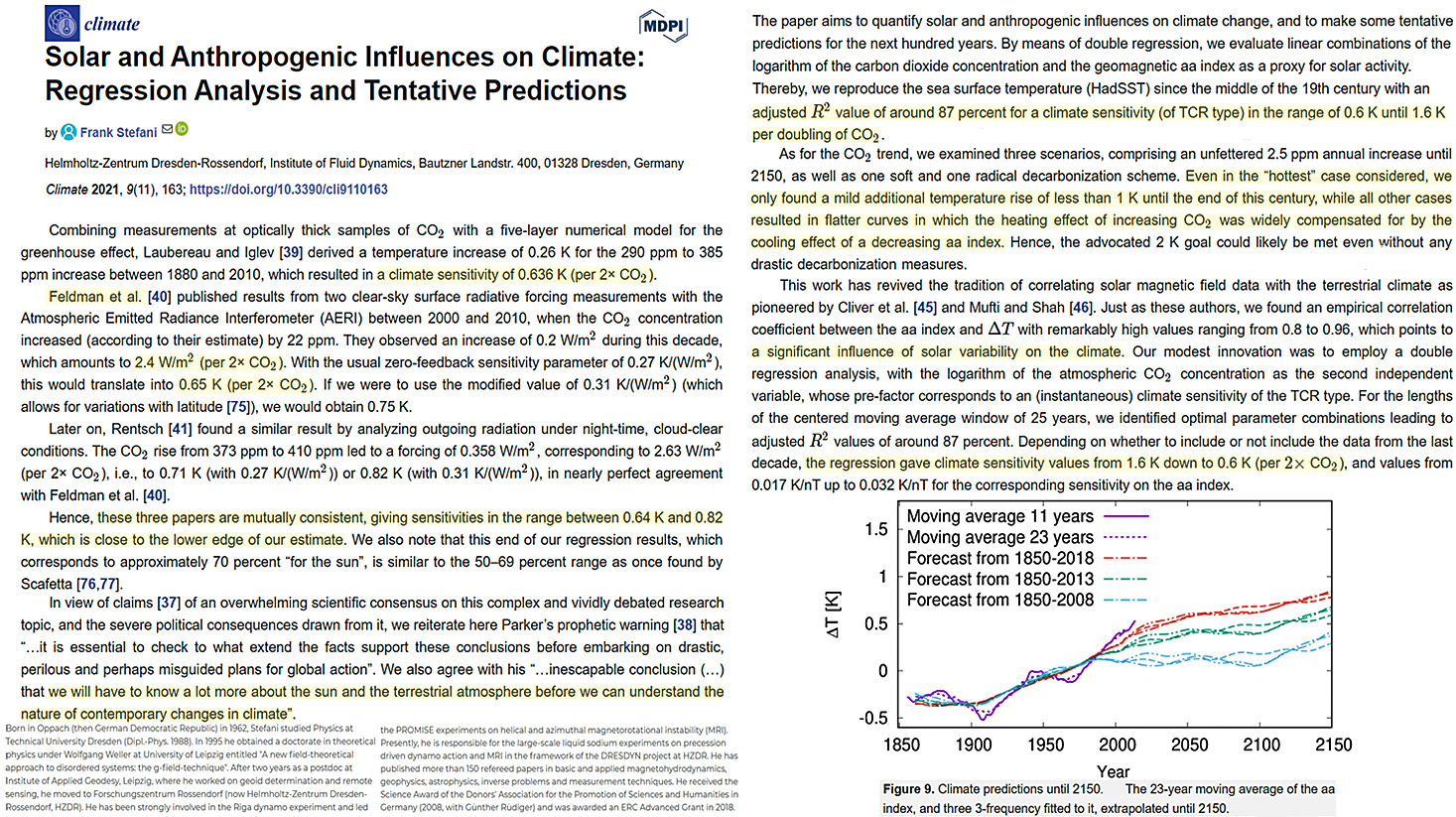 Dr. Nicola Scafetta is another astrophysicist who has concluded the consequence of doubling CO2 (280→560 ppm) “could be between 1 and 2°C” in a new paper also published in the journal Climate. He asserts a significant portion of the warming in recent decades “could have been induced by natural oscillations.”

Scafetta is highly critical of the flawed model-based overestimation of warming associated with rising CO2 emissions. He emphasizes just how much climate model estimates diverge from observations, as modeled “predictions disagree from the data by more than 0.2°C (on a total mean warming of about 0.5 °C from 1980–1990 to 2011–2021) over more than 50% of the global surface.” 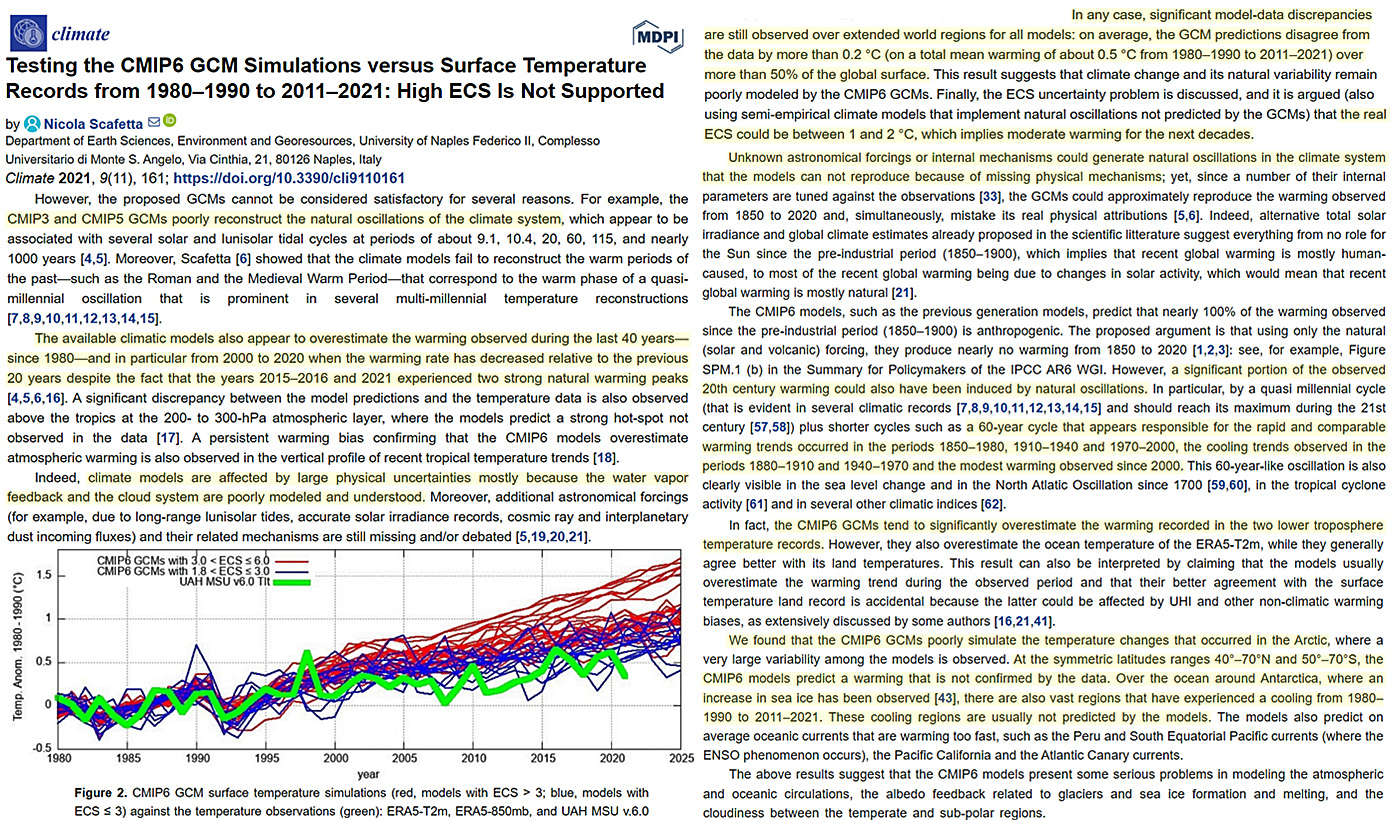