The net climate forcing from albedo changes can account for the increase in ocean heat content in recent decades.

The authors report it is “unclear whether these changes arise from the climate’s internal variability or the feedback to external forcings.” (Given the absolute certainty that humans are driving Earth’s energy imbalance promulgated in media, one would have assumed the mechanism(s) driving albedo changes would not still be unclear.)

Human CO2 forcing was said to be +0.6 W/m² over this period (1998-2017), which would effectively match the imbalance derived from albedo changes.

However, CO2 forcing cannot radiatively affect more than the top 0.01 mm of the ocean surface, effectively ruling out CO2 as a factor in ocean heat transfer (and global warming). In contrast, solar radiation penetrates deeply (10s of meters) and directly heats the ocean. 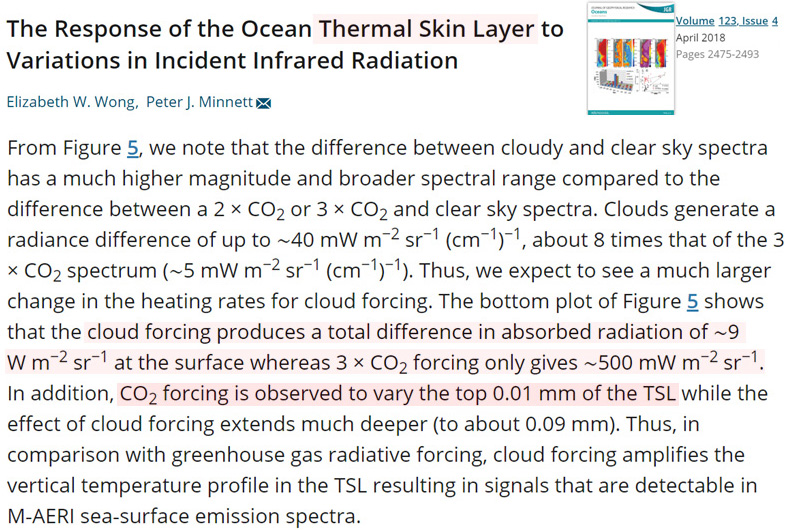 As mentioned, CO2 radiative forcing does not affect more than the top 0.01 mm of the 4,000,000 mm deep ocean. This is the penetrative “depth” where evaporative cooling occurs.

Furthermore, while it has long been confirmed that shortwave radiation directly warms the top tens of meters of the ocean, it is less commonly reported that longwave radiation (i.e., from greenhouse gases) actually contributes to the cooling of the ocean surface (Hasse, 1963 and 1971).

This once again contradicts the claims that human emissions are driving changes in ocean heat content. 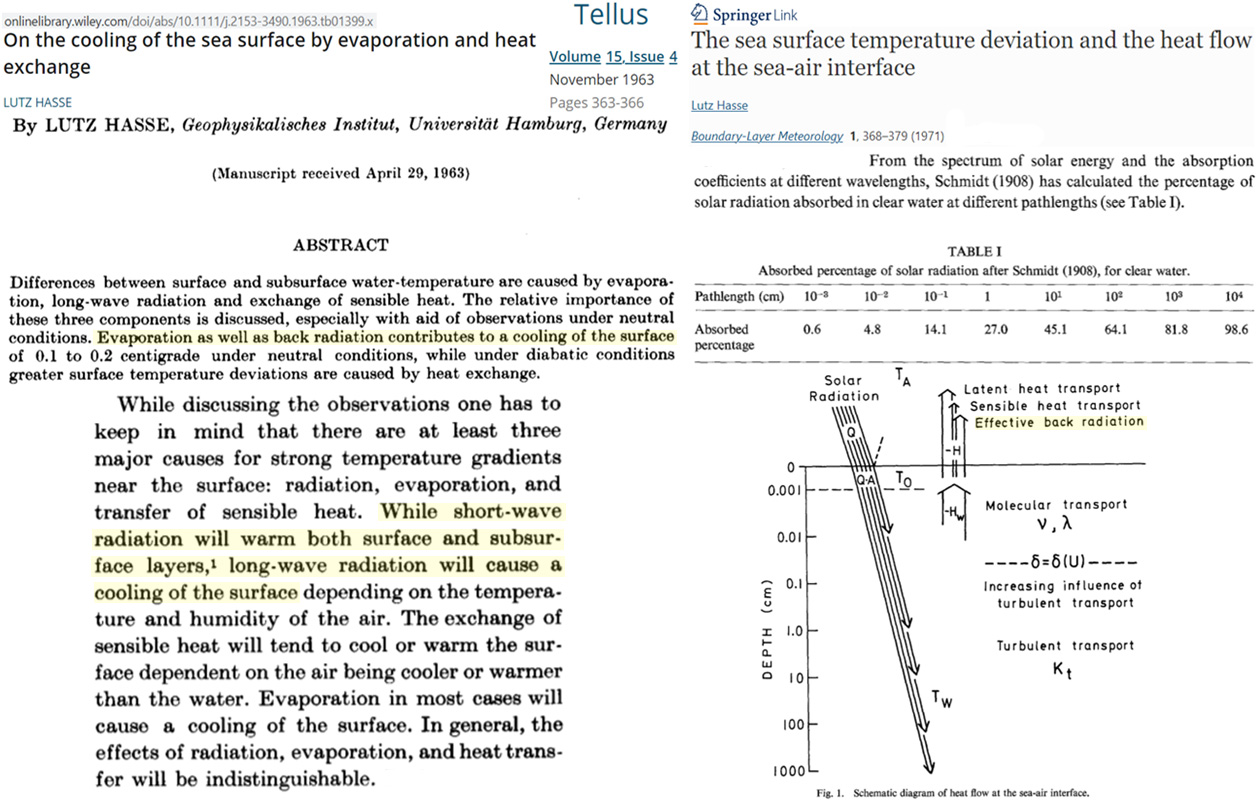