Combustion engines will be around long after 2035, says Austrian KTM CEO…”500-kg battery to substitute 20 liters of fuel” …”a stupid idea” …”phony sustainability”… 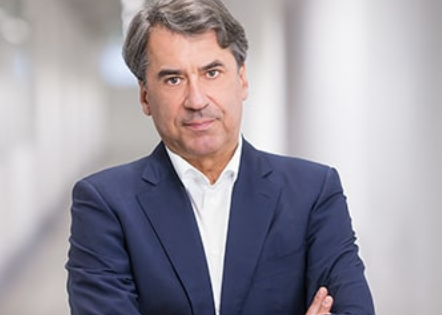 The numerous drawbacks of e-vehicles

Especially electric passenger vehicles are notorious for their limited range, environmentally-damaging batteries and generally low energy efficiency. Other drawbacks include safety, especially is case of fires.

Pierer, also president of the European Association of Motorcycle Manufacturers (ACEM), has made it clear that the internal combustion engine is not going away anytime soon and that the future of mobility is not going to be exclusively electric.

The KTM Group includes names like Husqvarna, GasGas, Rieju. KTM has become Europe’s number one motorbike manufacturer, and so it’s no surprise that CEO Pierer would have a strong interest in the internal combustion engine.

Pierer says, however, electric powered vehicles do have some practical applications.

“We assume that with 48-volt electrics up to class A1 – that is 11 kW or 15 hp – there will be many electric motorbikes in the next ten years, especially in Europe,” Pierer told SPEEDWEEK.com. “That applies to scooters, mopeds and motorbikes. Everything concerning motorized two-wheelers above 48 volts is going in the direction of e-fuels.”

“Electromobility as a whole is nonsense promoted by politicians without any technical knowledge,” Pierer told SPEEDWEEK.com. “For a MotoGP bike that covers the complete distance of a race with 20 litres of fuel, a 500-kg battery would be needed to achieve comparable performance and range, and also have the same power. That’s a stupid idea,” he said.

Pierer also criticized the “phony sustainability” in MotoE races, reminding that the batteries are charged up “with diesel generators”.

When it comes to the solution for combustion engines, Pierer foresees CO2-free synthetic fuel as the solution.

16 responses to “KTM CEO Pierer: “Electric Mobility Is Nonsense Promoted By Politicians With No Technical Knowledge””