The January mean temperature data from the Japan Meteorological Agency (JMA )are now available for Sweden and Ireland. Also below we look at Antarctic sea ice extent.

We begin by looking at the trends from 5 stations in Sweden, for which the JMA has enough data to allow adequate plotting. since 1988: 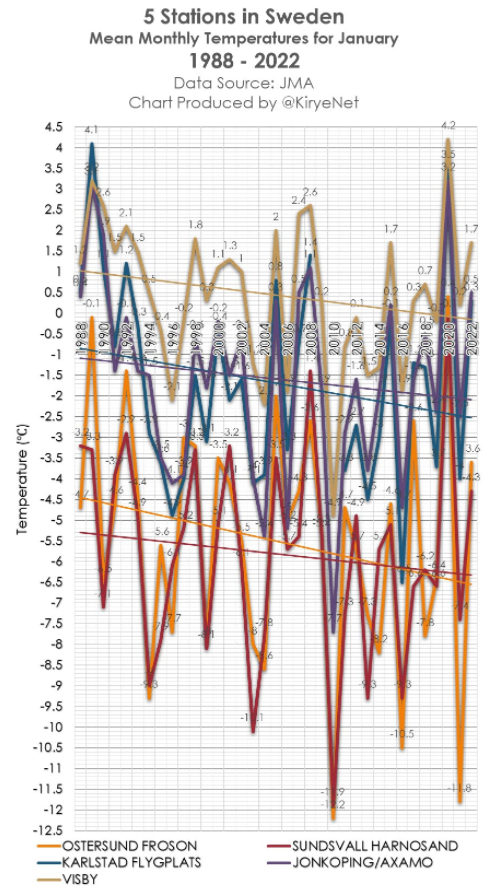 All five stations show a cooling trend for the month of January, thus contradicting earlier claims that winters would be getting increasingly milder. Next month we’ll be looking at the February data, which means we will have the opportunity to look at the D-J-F winter trends.

What follows are the mean January temperature trends for Ireland since 1999 using the (unaltered) JMA data: 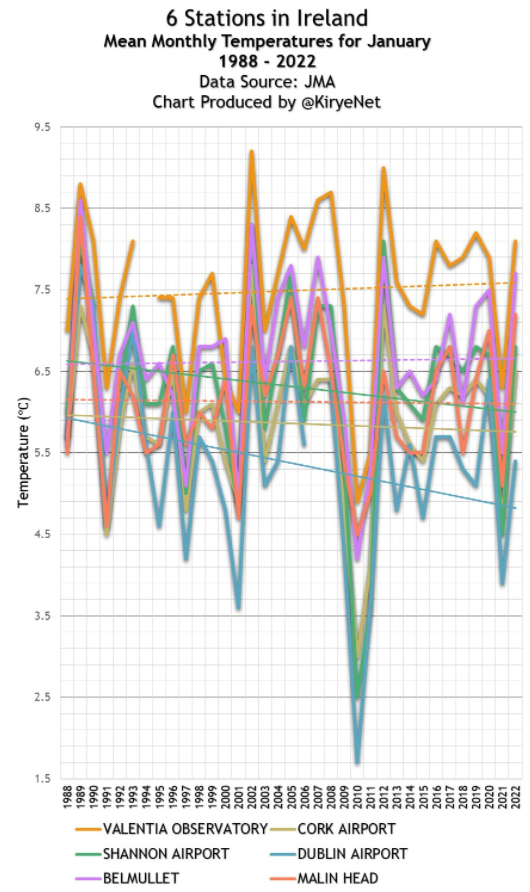 The six stations plotted going back to 1988 taken together show no significant warming taking place, with some stations in fact showing a modest cooling trend for January.

Finally, Klaus-Eckart Puls of the European Institute for Climate and Energy (EIKE) brought my attention to a plot of Antarctic sea ice extent, from Climate4you.

There’s been no sea ice extent trend change since 1978, when satellite measurement began.