Corals thrive in multiple-degrees-warmer-than-today waters and their growth is stunted in cooler environments.

But the science itself says corals have been and continue thriving in the Current Warm Period – just as they have in past warm periods.

Within the span of a few pages, one study (Long et al., 2022) squelches at least 4 false climate alarm narratives.

How much attention will an iconoclastic study like this receive? None, probably. Studies that don’t advance the climate alarm narrative are usually dismissed and ignored. 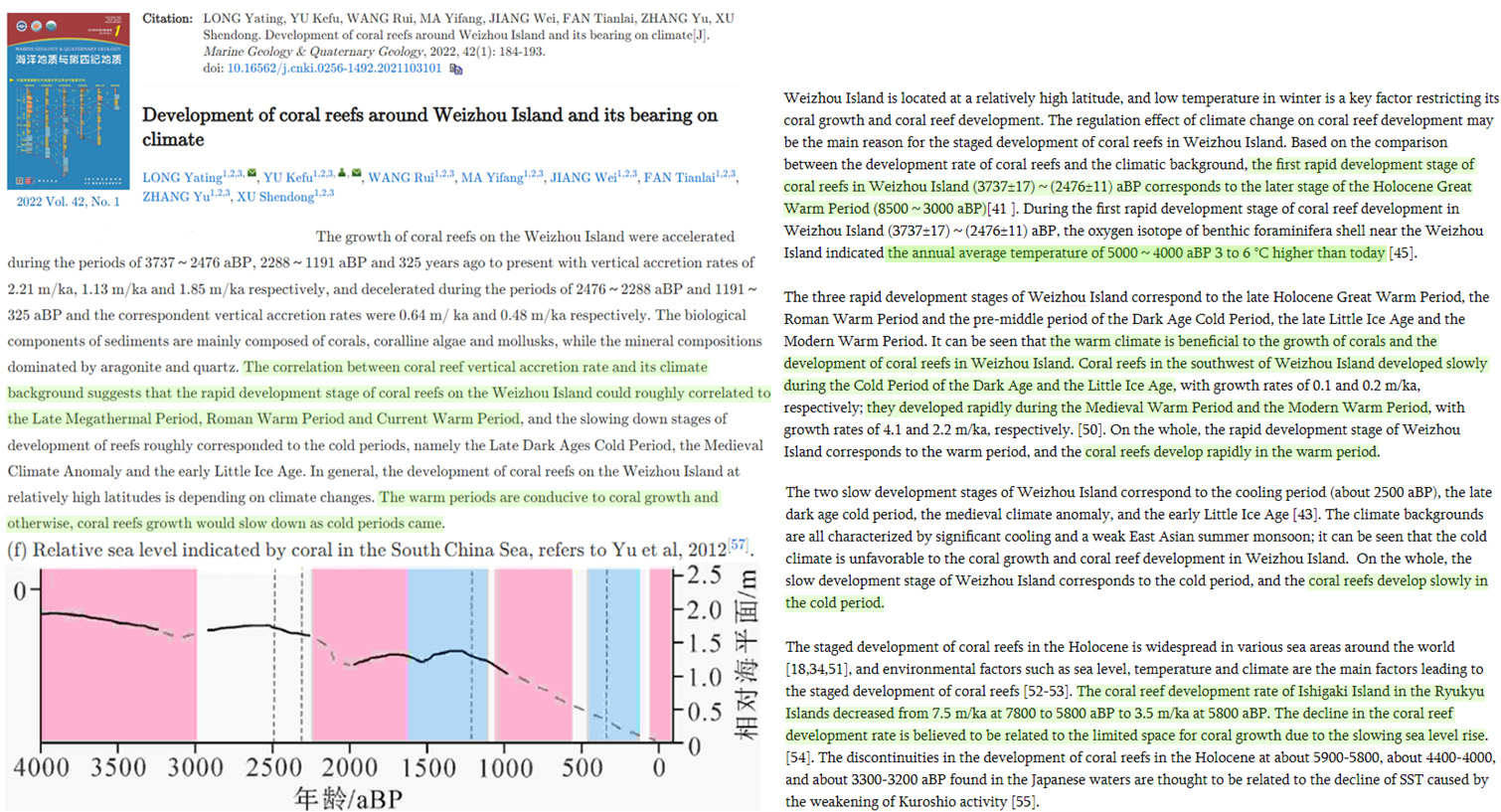