Swiss Alps glacier extents were smaller than 2000 C.E. during  the warmer-than-today Roman and Medieval Warm Periods and throughout 75% of the Holocene, or when temperatures were 1-3°C warmer.

Another new study (Fischer et al., 2022) published in a Nature journal shows the Eastern Alps were as warm in the 1800s as they have been in the 2000s. There has been no trend in regional precipitation for the last 214 years either. 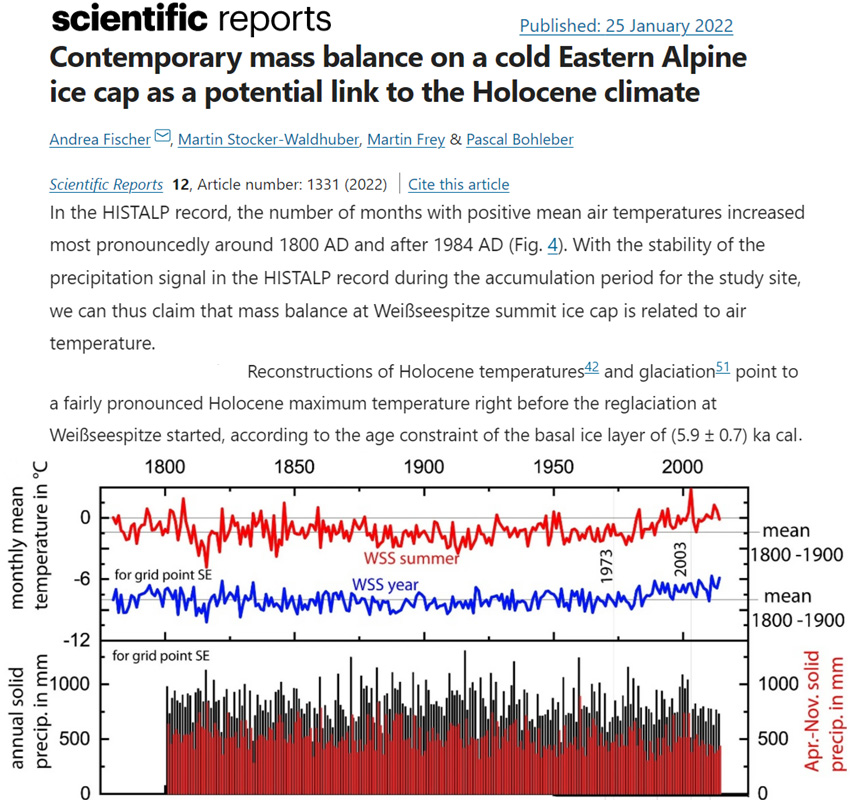