Tokyo Sees Coldest February In 34 Years…Mean February Temperature Trend Has Not Risen Since 1987!

The February and winter 2021/22, untampered JMA mean temperature data are in for Tokyo and its Hachijojima island

Here’s the latest plot of February mean temperatures for Tokyo, since 1987: 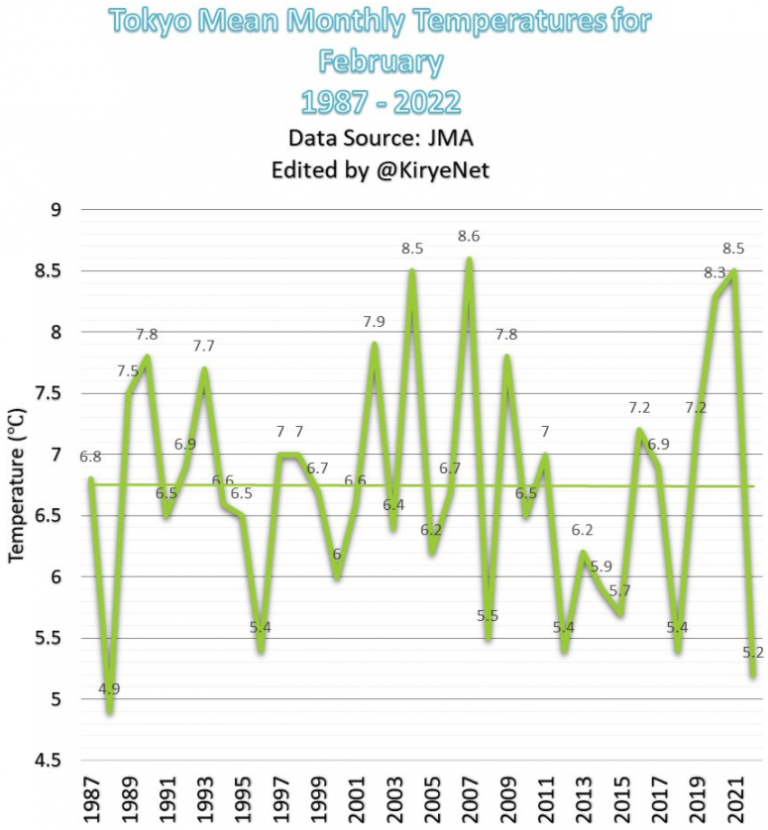 Over the past 34 years, February mean temperatures in Tokyo have been steady, i.e. no warming. After the past 2 Februarys came in rather balmy, this most recent February has been the coldest since 1988!

Moving away from the urban Tokyo and over to the city’s rural Pacific island of Hachijojima, some 275 km off the Japan mainland, we plot the latest February data going back to 1987: 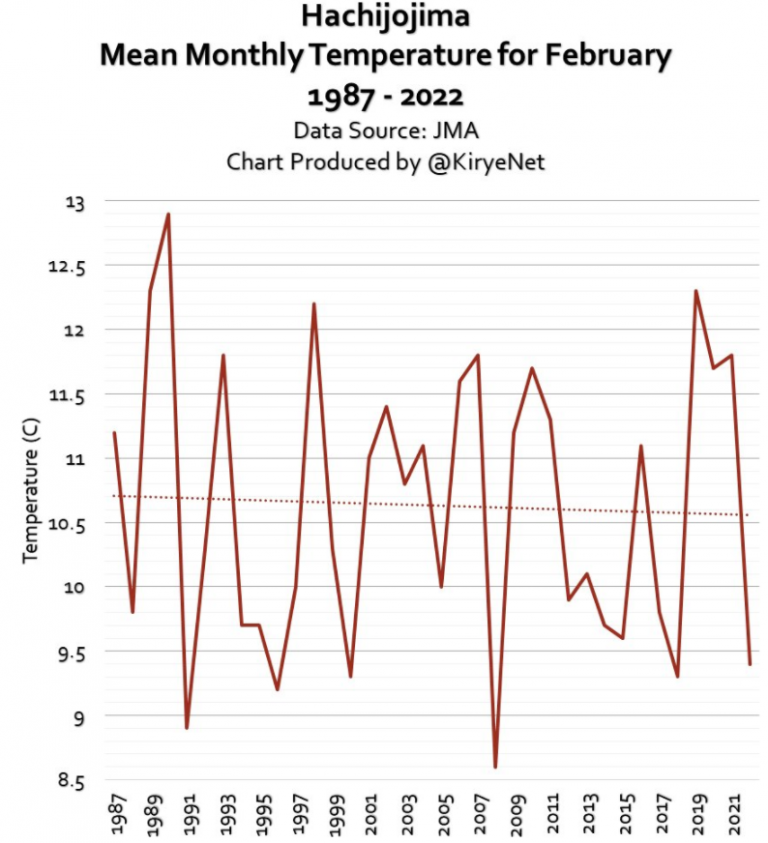 Here as well there’s been no warming in February since 1987. In contradiction to the predictions of warming, the island has in fact cooled off bit, according to the data from the Japan Meteorological Agency (JMA).

The past February has been among the coolest since 1987.

6 responses to “Tokyo Sees Coldest February In 34 Years…Mean February Temperature Trend Has Not Risen Since 1987!”