Grass grew 300-350 days a year in the late stages of the last glacial in the Siberian Arctic. This allowed horses, antelopes, and other large grazers (mammoths) to continuously reside at these high latitudes.

Horses continued grazing on Arctic grass year-round until as recently as 2,200 years ago. Today these regions have tundra climates. Grazers can no longer survive in the modern colder-than-the-last-late-glacial conditions.

The Siberian Arctic  also had extensive birch forests 14,000 to 12,000 years ago. Birch trees were still growing in this region as late as ~3,700 years ago. Today these same regions are too cold for birch trees to grow. 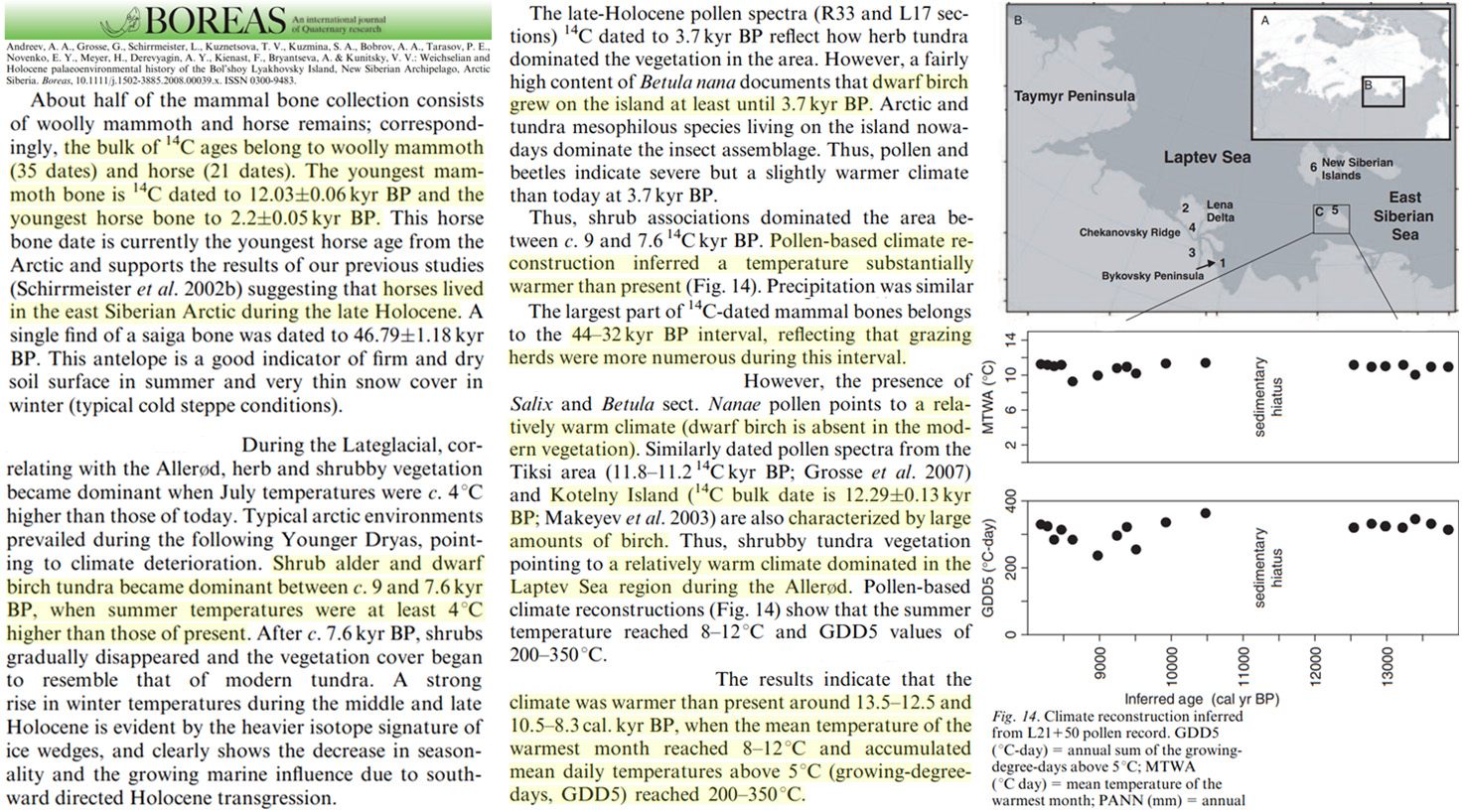 Approximately 0.9 Ma, or when CO2 was still thought to be well under 300 ppm, the mean annual temperatures were determined to be ~9°C, or 15.6°C warmer than today. 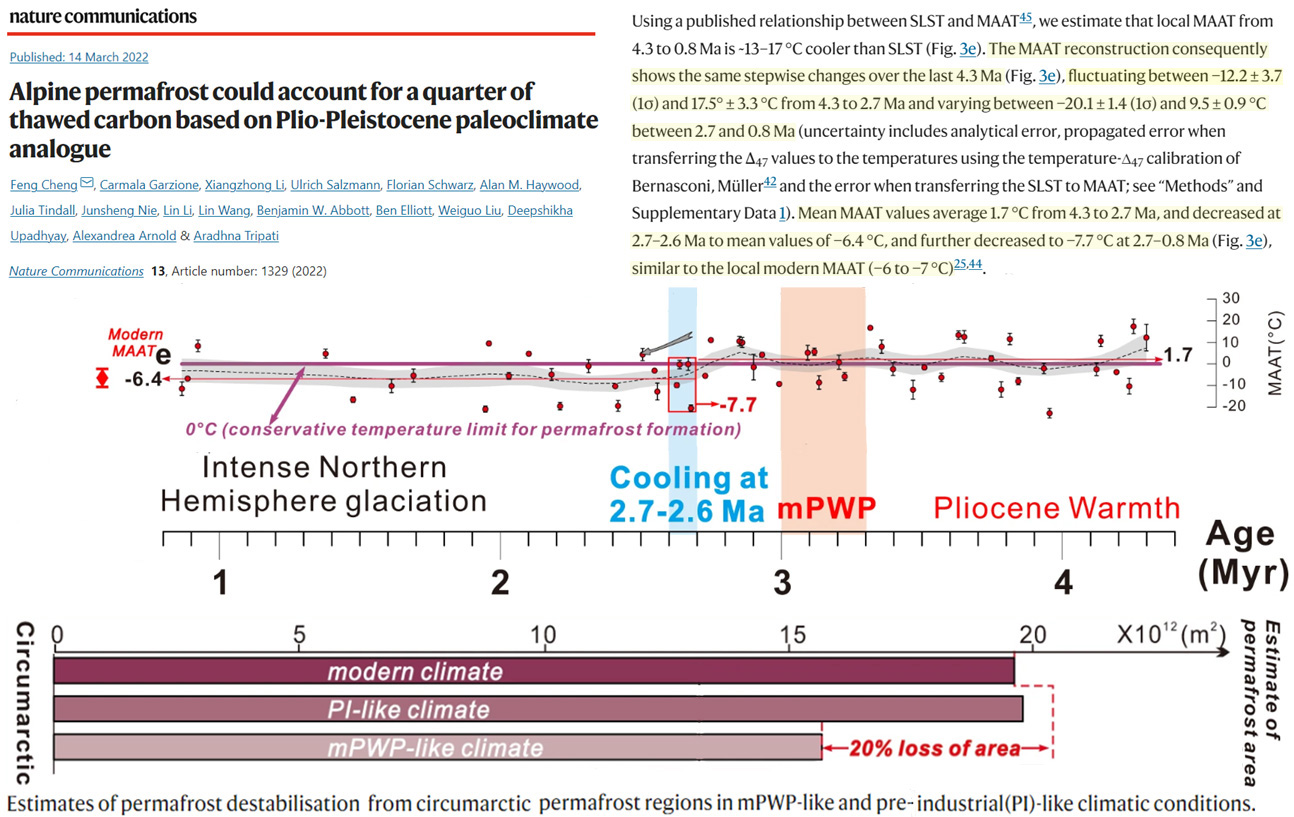 None of these climate variations are consistent with popularized alarmist claims that Arctic or “Third Pole” surface temperatures are determined (or even partially influenced by) changes in CO2 concentrations.