Personal Health is solely between the patient and physician, and not the business of crazed medical Nazis. My Declaration of Medical Independence

In Europe some countries have been brutally trampling on the fundamental rights and liberties of citizens, all under the guise of health protection. The usual genetically fascist countries, e.g. Austria, Italy and Germany, have enacted mandatory vaccinations, or plan to do so, and have long since been relentlessly coercing and harassing its citizens to get the vaccine against their inner wishes.

Countless thousands have been injured or killed since the “emergency” vaccines began to be administered. It’s time to draw the red line. 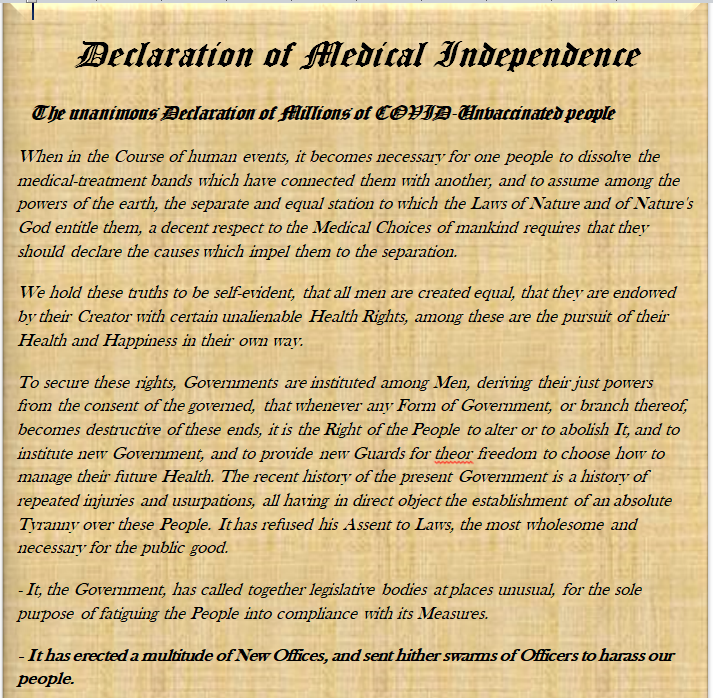 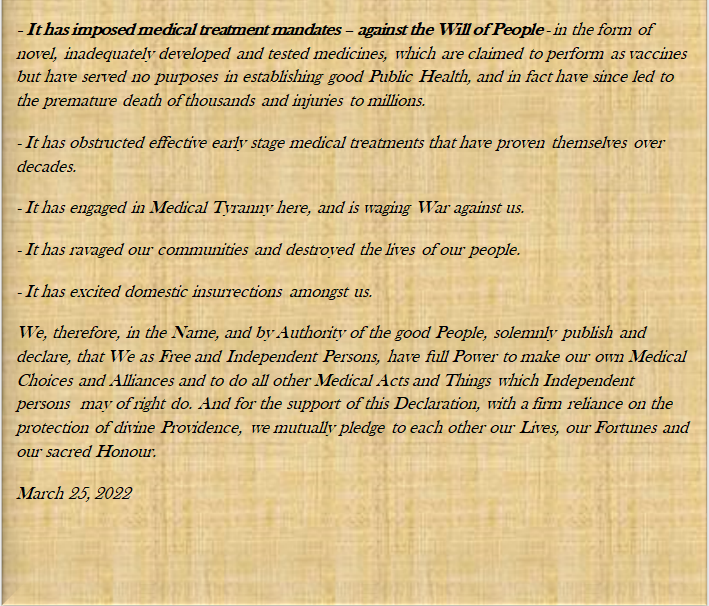 Using the brilliant U.S. Declaration of Independence as a blueprint, I tailored my own Declaration of Medical Independence, which I am now publishing here openly. It’s to all governments who have plans to enact mandatory vaccination. I’ll fight to defend this fundamental right to the very end. Millions of others will do the same.

Currently, Germany is pushing forward to make vaccinations compulsory and doesn’t care a bit about the concerns of millions of individuals. Given its history medical atrocities, you’d think the country would know better. Already the Ministry of Health has announced that it intends to make contracts with Big Pharma to supply COVID vaccines through the year 2029!

I don’t want the garbage and refuse it. There is already ample evidence that the substance is toxic and could very well ruin your immune system. No one knows how bad it’s going to get. Imagine if it ruins your immune system. You’d be forever dependent on Big Pharma to keep you alive. I have no intention of letting myself get hooked up to a Big Pharma garden hose.

A doctor I know recently told me the whole thing is already dangerously going out of control and advises against the vaccine.

8 responses to “Declaration Of Medical Independence …Medical Treatment Is Between Doctor And Patient, Period”