A new study uses existing temperature and CO2 records and albedo/natural variability attribution to suggest most of the recent warming is natural. The climate sensitivity to CO2 forcing is just over 0.2°C for a 100 ppm concentration increase.

Dr. Syun-Ichi Akasofu is an “expert in aurora physics, solar physics, geophysics, and magnetosphere” and the founder of the International Arctic Research Center at the University of Alaska, Fairbanks.

He and a co-author suggest albedo changes and multi-decadal oscillations (natural variability) explain about 0.4°C of the 0.5°C warming that occurred from 1975-2000. The rate of global warming has not risen linearly in concert with human greenhouse gas emissions, but instead it has oscillated from -0.005°C per year to about +0.018°C per year for the last 150 years. This weak to non-existent correlation between CO2 and temperature further disconfirms the assumption greenhouse gases are primarily driving global temperature trends. 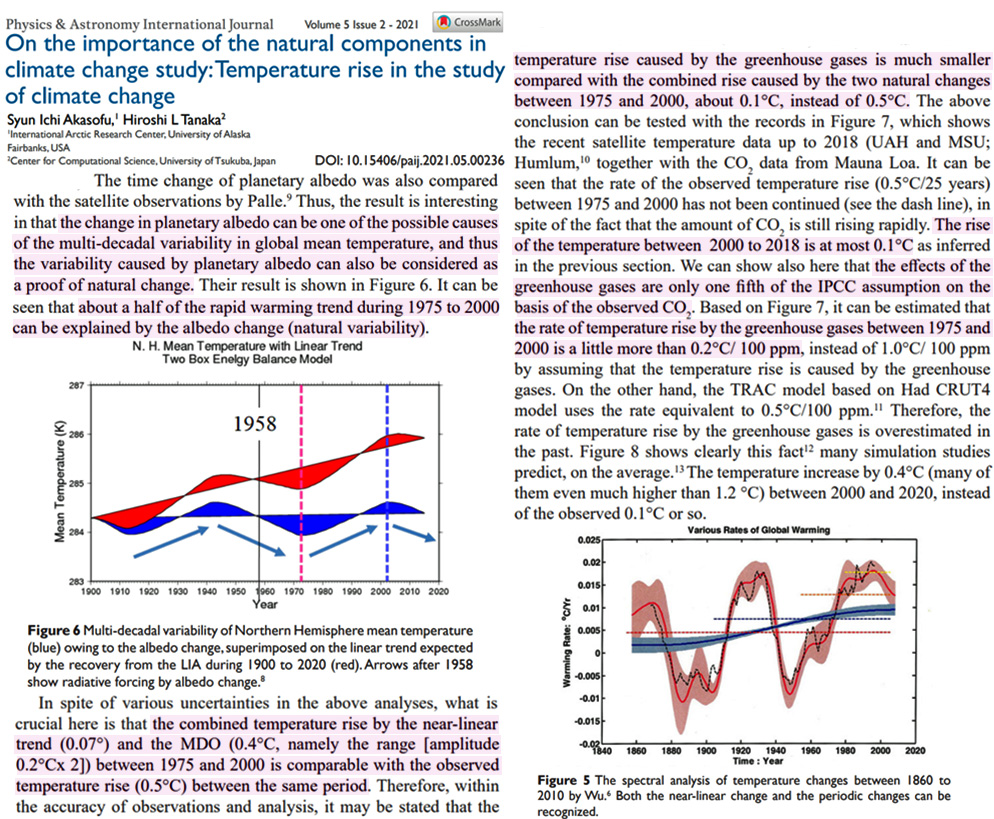 The temperature rise between 2000 to 2018 “is at most 0.1°C” even though CO2 rose by nearly 40 ppm during these 19 years. Climate models suggest it should have warmed 0.4°C or more from 2000 to 2018 due to the climate’s presumed strong sensitivity to greenhouse gases.

A 0.6°C per 280 ppm CO2 climate sensitivity is hardly cause for alarm.