Scientists have expressed consternation that the airborne fraction of anthropogenic CO2 emissions has not been rising to any significant degree since 1850 (Knorr, 2009). The lack of an increasing trend defies modeled expectations.

“Despite the predictions of coupled climate-carbon cycle models, no trend in the airborne fraction can be found.” 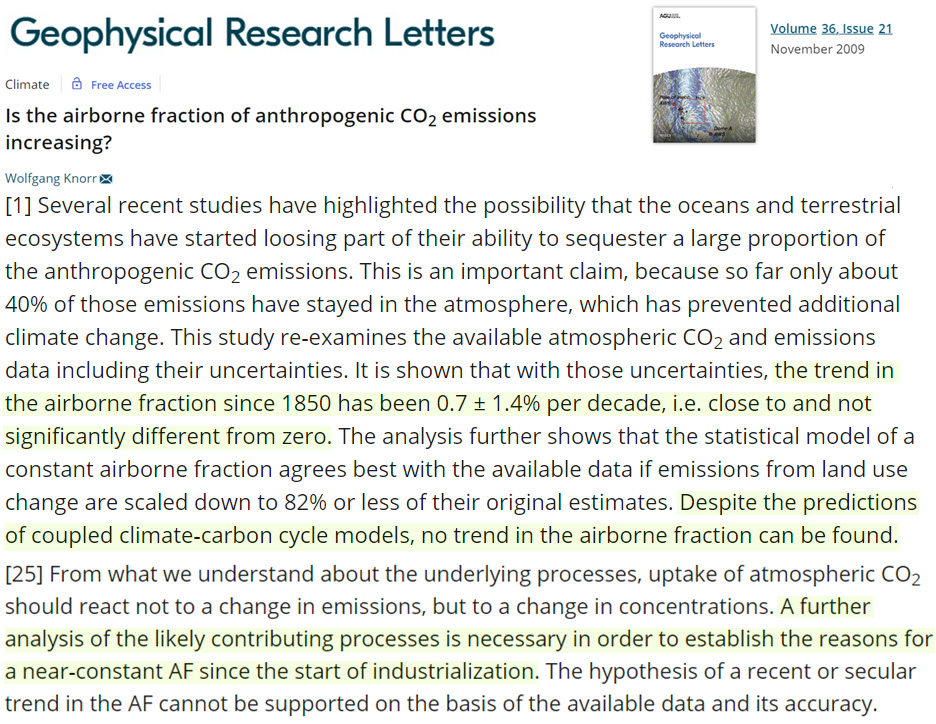 A new study (van Merle et al., 2022) suggests there is even more reason to assume there should be an increasing trend in the airborne fraction – especially since the late 1950s.

Not only have our fossil fuel CO2 emissions exploded from ~2.5 PgC/year to ~9.5 PgC/year in the last 60 years, but a massive increase in deforestation in tropical regions as well as a warming ocean and melting permafrost (contributing to outgassing) also suggest that natural land-ocean carbon sinks should not be expanding proportionately to emissions increases; instead, sinks should be stable to shrinking.

But this hasn’t happened.

Instead, the CO2 airborne fraction has not just been stable, it has been declining at a rate of -0.014 per decade since 1959. 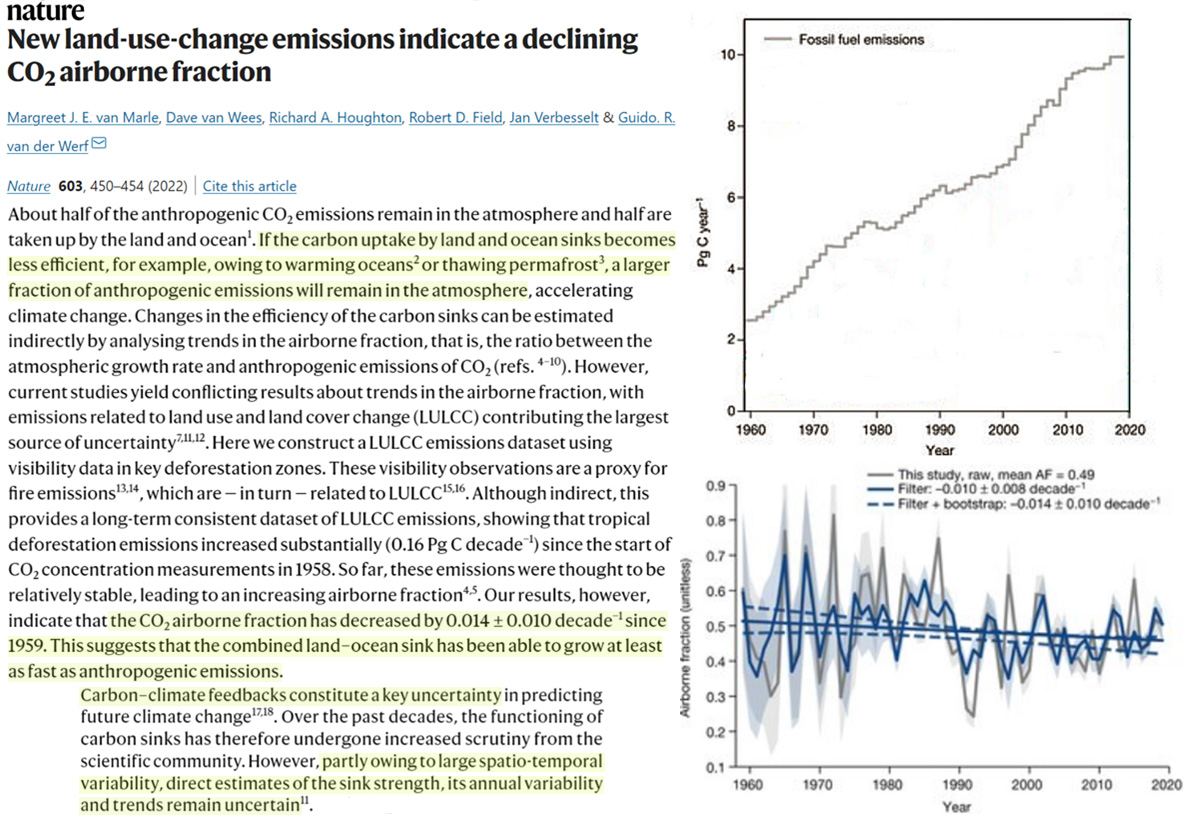 This contradiction of modeled expectations was previously (and surprisingly) highlighted by climate activist James Hansen 9 years ago (Hansen et al., 2013). He and his colleagues refer to the post-2000 decline in the airborne fraction as unexpectedly “striking” considering the massive post-2000 fossil fuel emissions rate increase.

Perhaps we know much less about the human impact on Earth’s carbon cycle processes than we think we do. 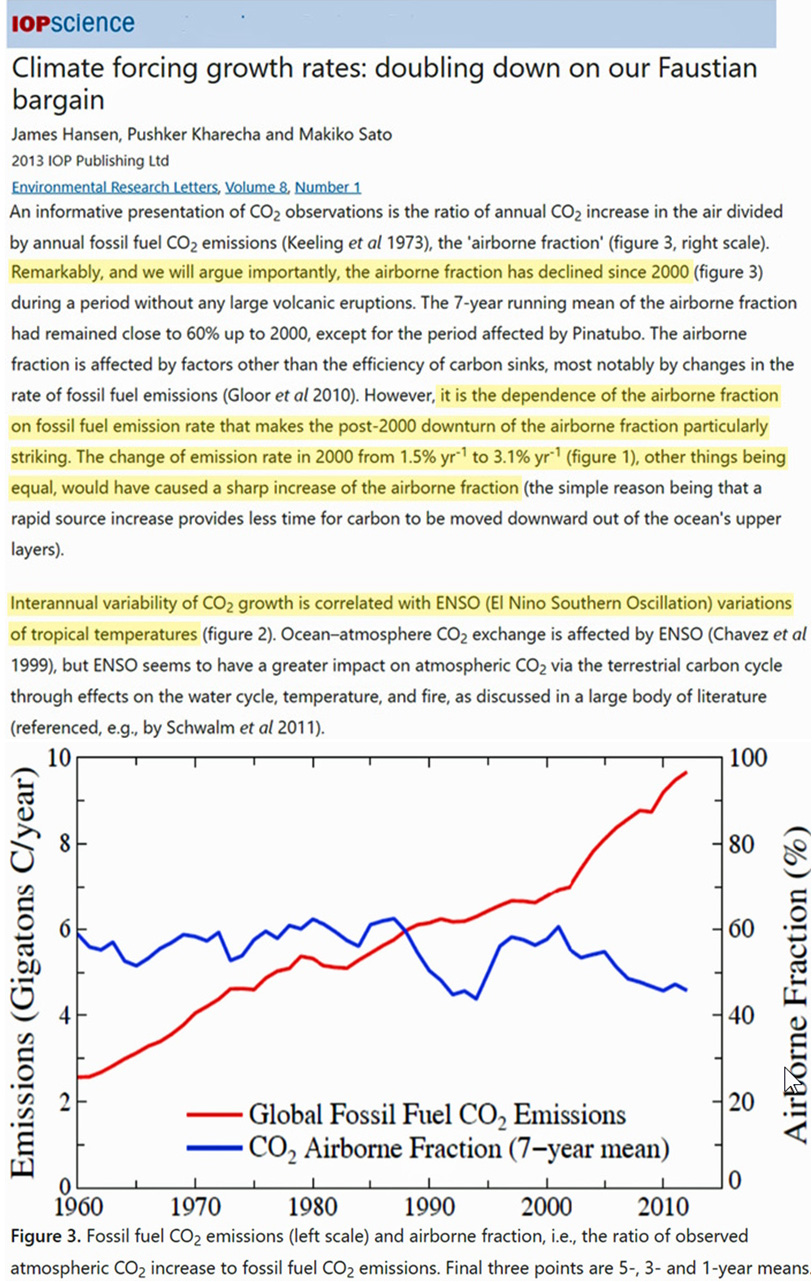 14 responses to “Defying Modeled Expectations Again: The CO2 Airborne Fraction Has Been Declining Since 1959”